On December 2 the seminar “Early Dutch New York” with Marine artist Len Tantillo is presented by The National Maritime Historical Society at the Cortlandt Yacht Club in Montrose, NY. 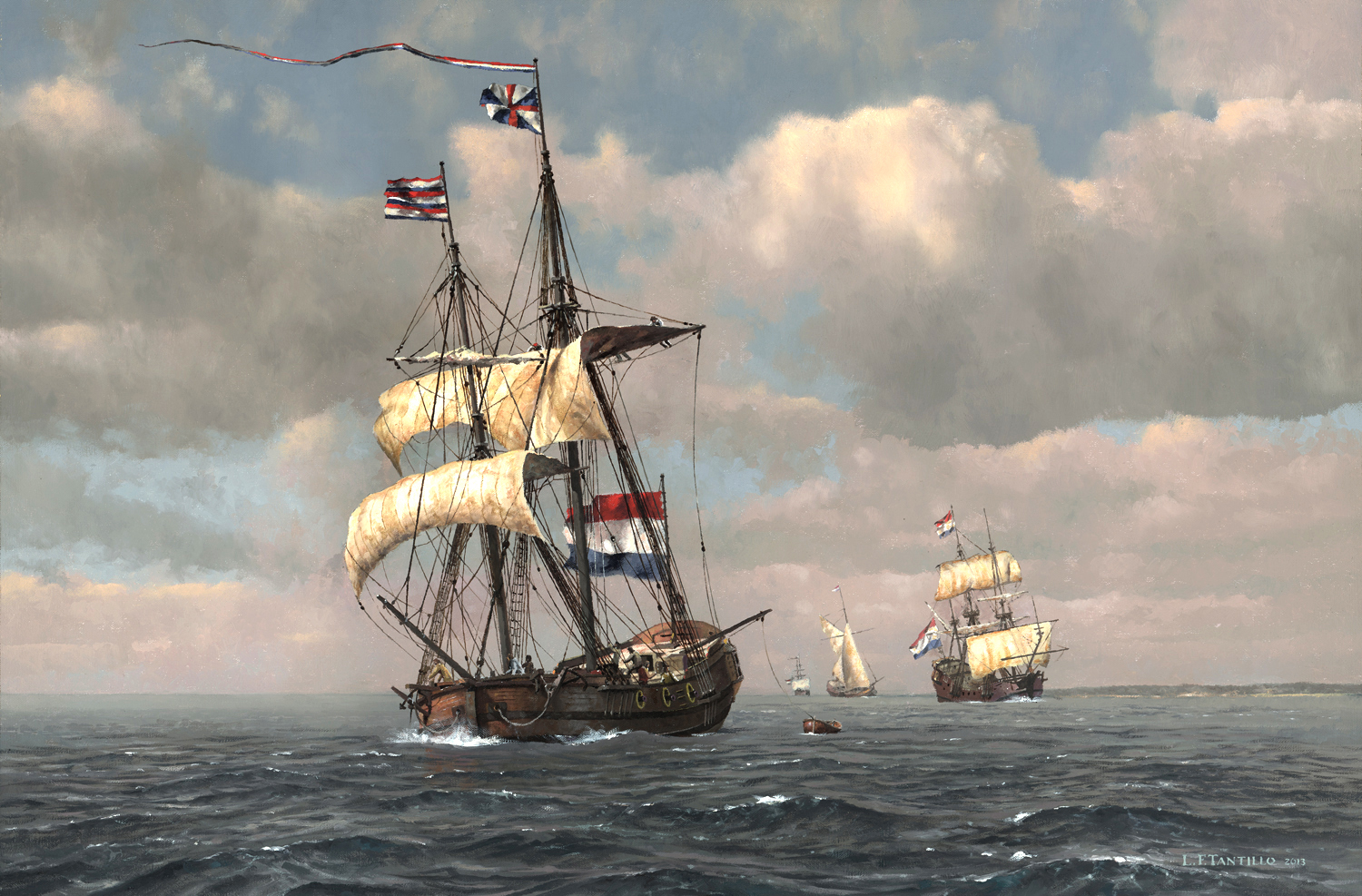 Historical and marine artist Len Tantillo will present on paintings of Early Dutch New York, inspired by the “rivers of New Netherland” — the Hudson, the Connecticut, and the Delaware. Upon these waterways, hundreds of vessels carried goods and passengers, and the diversity and organic beauty of their varied designs have long been an inspiration to the artist. A licensed architect who left the ﬁeld of architecture in 1986 to pursue a career in the ﬁne art of historical and marine painting, Len Tantillo has produced over 300 paintings and drawings and has appeared internationally in exhibitions, publications and ﬁlm documentaries. 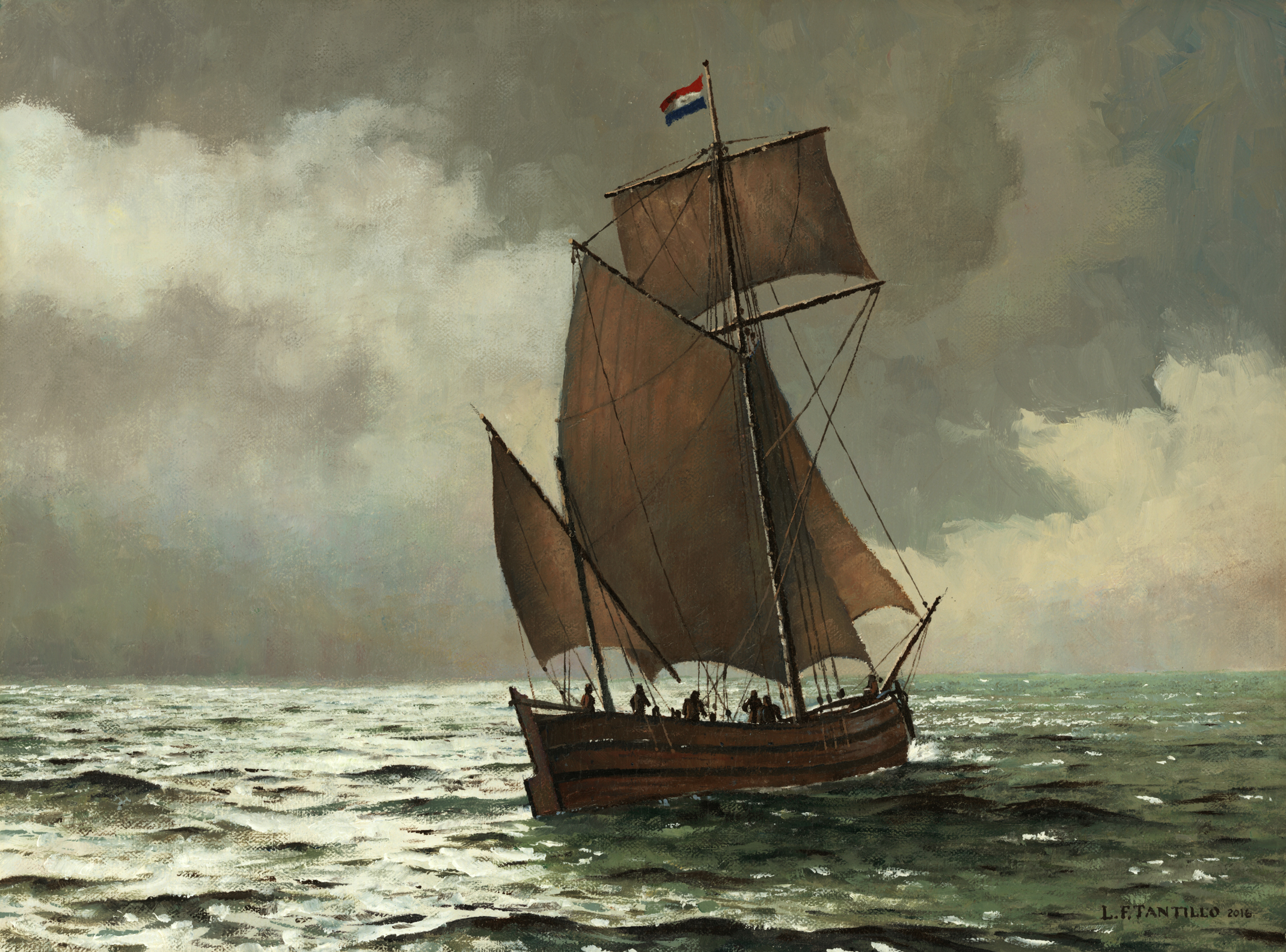 Len Tantillo is a graduate of the Rhode Island School of Design. Tantillo is a licensed architect who left the field of architecture in 1986, to pursue a career in the fine art of historical and marine painting. Since that time, his work has appeared internationally in exhibitions, publications and film documentaries. He is the author of four books and the recipient of two honorary degrees. He is a Fellow of the American Society of Marine Artists. His work is included in the collections of the Fenimore Art Museum, the Minnesota Museum of Marine Art, numerous historical societies, and corporate and private collections in the USA and abroad. In 2004 he was commissioned by the Metropolitan Museum of Art to create a painting depicting the Daniel Winne house as it may have appeared in 1755. He has produced over 300 paintings and drawings of New York State history. In 2016 he was elected a Fellow of the New York Academy of History. 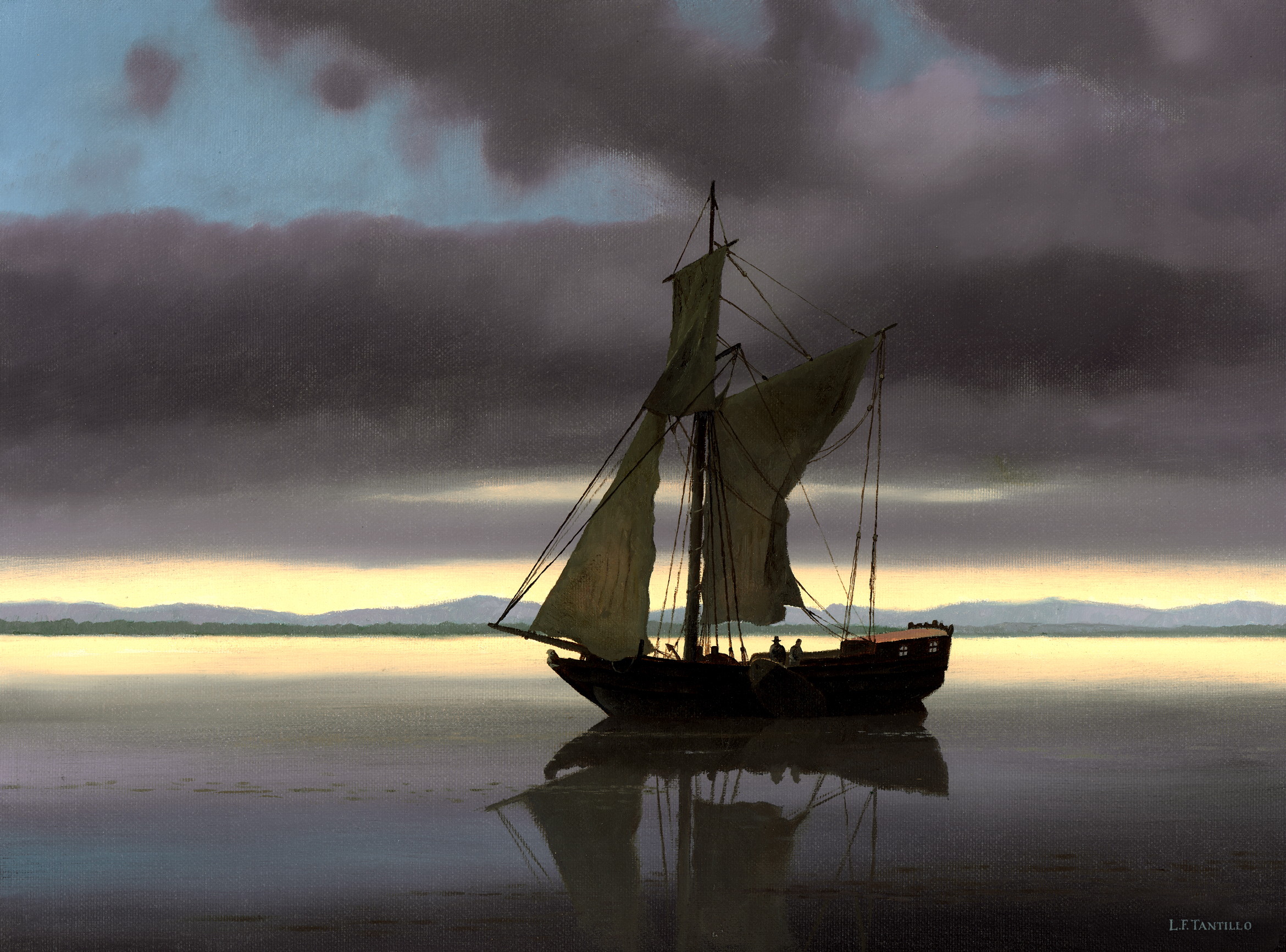