Sevdaliza Performs at Baby’s All Right in NYC

March 24, talk of the town in Austin, Sevdaliza, will be returning to New York for a gig at Baby's All Right.

March 24, talk of the town in Austin, Sevdaliza, will be returning to New York for a gig at Baby’s All Right. After an immensly succesful ride at South By Southwest, Sevdaliza offers the East Coast a chance to be a part of the hype.

After the success of her first self-released EP “The Suspended Kid” and a strong collaboration with STWO on “Haunted”, Sevdaliza is back with her leading single “Men of Glass” of her brand new EP “Children of Silk.” Influenced by diverse screenplays, Sevdaliza’s strongly theatrical vocals float over a mechanical bed creating dynamics of chaos and order. Every retribution becomes more intense and personal, yet she isn’t able to break from that obscure statue of a woman.

2016 is already bound to become the year of Sevdaliza. Five times she performed at SXSW last week, and all shows were received with great enthusiasm from both crowd and critic. NPR Music called her a “a beautiful singer, and dancer/performer, backed by powerful electronic textures,” after witnessing her performance at The Sidewinder, and Playbackstl experienced her performance as “a lucky break . . . It was curious to watch her draw in the crowd from the Bun B-hosted showcase in the adjoining room.”

Be ready to tune in to her mesmerizing voice on Thursday, when she will play songs of her new EP “Children of Silk” in Williamsburg. 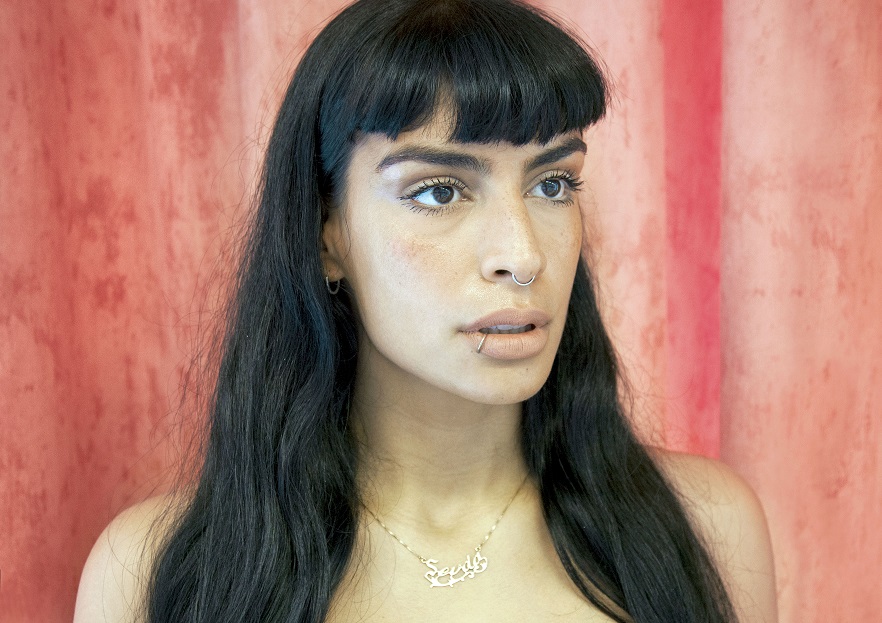 Sevdaliza is an autodidactic singer, songwriter, visual artist and composer / producer. Her creations contrast husky vocals with heavy basslines creating a mood that screams of temptation. Born in Iran and residing in the Netherlands, the 27-year-old has made quite a name of herself. Sevdaliza is a very passionate artist with a demanding vision in imagery / sound and an academic background in communication.