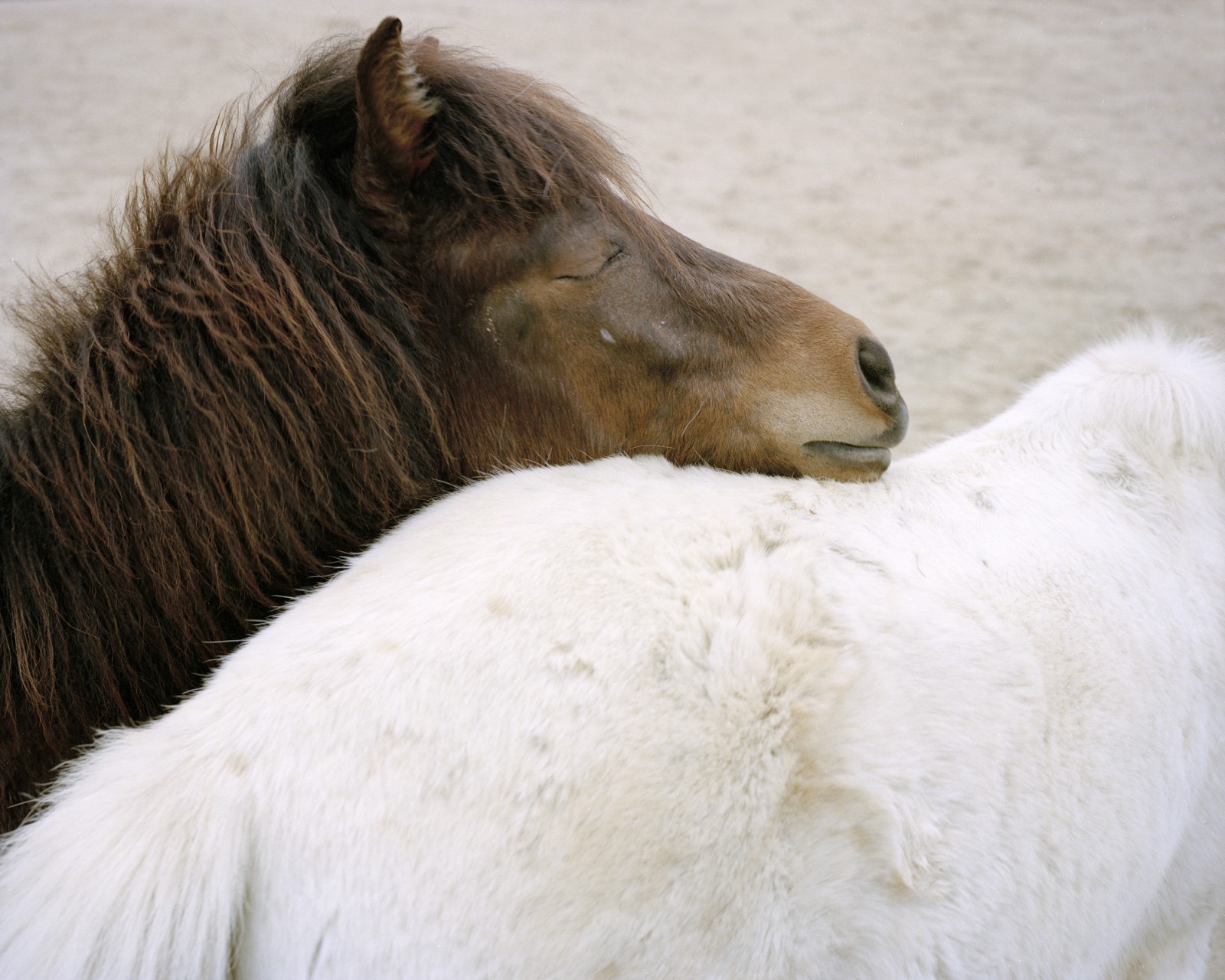 From January 27 until January 29, photographic work by Charlotte Dumas, Cuny Janssen, Lidwien van de Ven and Sebastiaan Bremer will be on view at PHOTOFAIRS San Francisco.

Charlotte Dumas will be represented in Booth 04 by Andriesse Eyck Galerie. Dumas’ (born 1977, based in Amsterdam and New York) work focuses on a series of animals in relation to humans; horses working in forests for men at Arlington Cemetery to bring fallen soldiers to their last resting place for, rescue dogs who, in the aftermath of the 9/11 attacks, searched day and night for survivors at the Pentagon and World Trade Center, horses living in the wild, on the fringes of Nevada towns, or on small islands in Japan. These are breeds that are almost extinct because they no longer serve any practical purpose. The notion that the state of humanity can be read and studied by the way we relate to animals is a vital thread in Charlotte Dumas’ work. Her choice of subject relates directly to the way we use, co-exist and define specific animals, assigning various symbolisms as well as our own personal reflections to them. Charlotte Dumas has held numerous solo exhibitions at venues throughout the world, including Museum De Pont, Tilburg (2015) The Photographers’ Gallery in London (2015), Gallery 916 Tokyo (2016 and 2014), Corcoran Gallery of Art, Washington, DC (2012), FO.KU.S., Innsbruck (2010), Foam Fotografiemuseum Amsterdam (2009) and, most recently, the exhibition ‘Stay’ at andriesse eyck galerie. 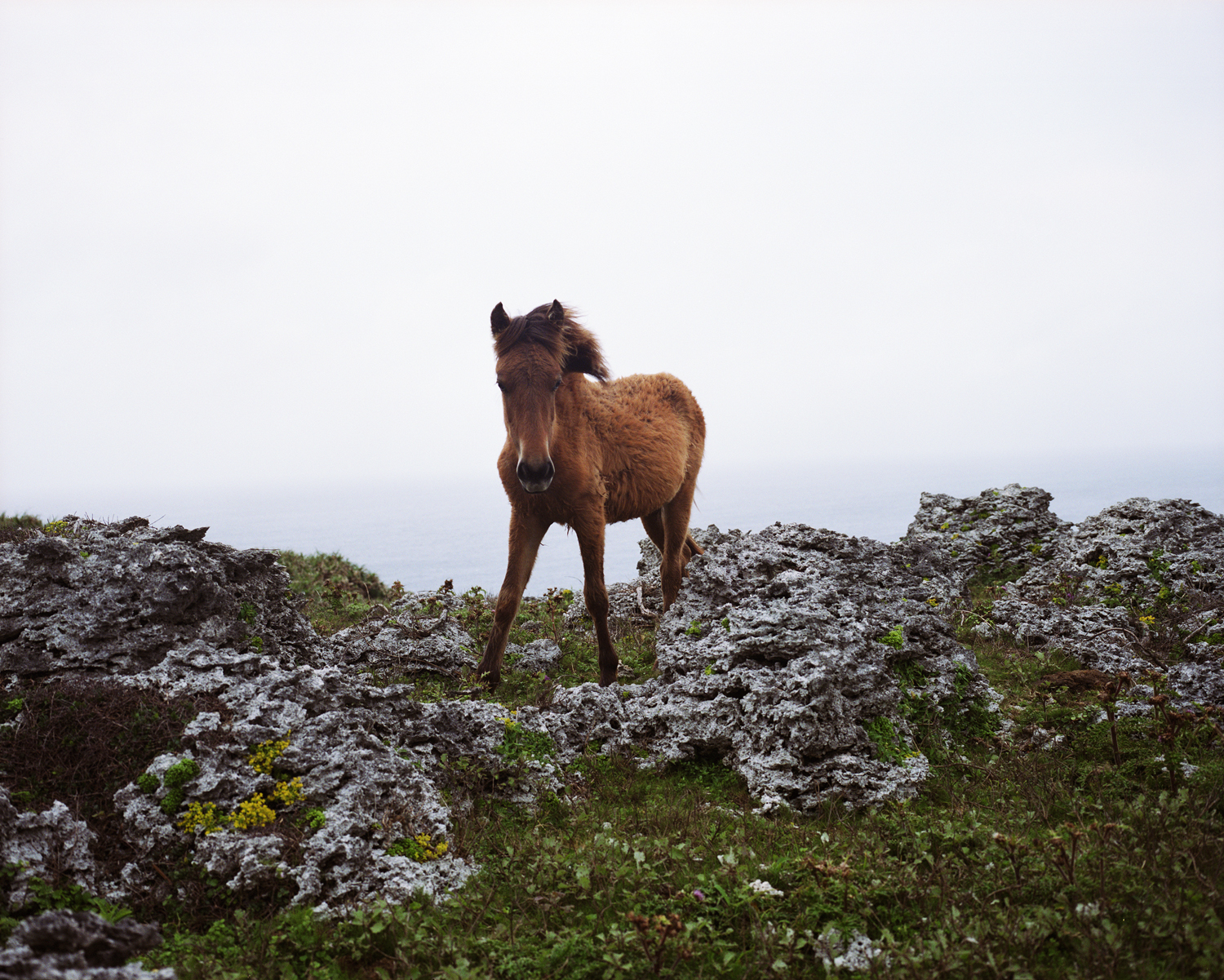 Cuny Janssen will be represented in Booth 04 by Andriesse Eyck Galerie. Since 2000, Cuny Janssen (born 1975, based in Amsterdam) has travelled around the world to make portraits of children within their everyday environments, combining these with photographs of the landscape they are surrounded by. Janssen captures impulsive moments with technical camera, which makes it seem impossible. Her photos create a profoundly expressive work about a city, a region and their people. Resulting in series as India (2002), Macedonia (2004), Amami (2009), My Grandma was a Turtle (2010), Yoshino (2013) and BLU, a series made during her visits to Naples in 2012 and 2013. Her new series was made in Amsterdam. It was the first time that Janssen worked in and around her own city. We see portraits of children out of their daily situation, having new experiences while playing. Janssen is interested in these children’s experiences and specifically by what she calls its imprints that have a “Proustian” impact on their lives forever. The poetry of these moments is reflected in her photographs. Each child looks at us with an impressive and a specific gaze and we would almost forget that they are children. Janssen has had solo exhibitions at the Photographers’ Gallery, London (2005), Foam Fotografiemuseum Amsterdam (2010), De Pont Museum, Tilburg (2010), SK Stiftung, Cologne (2011) and the Kunstverein Heilbronn (2012), Love your Darlings (2015) andriesse eyck galerie, Amsterdam. 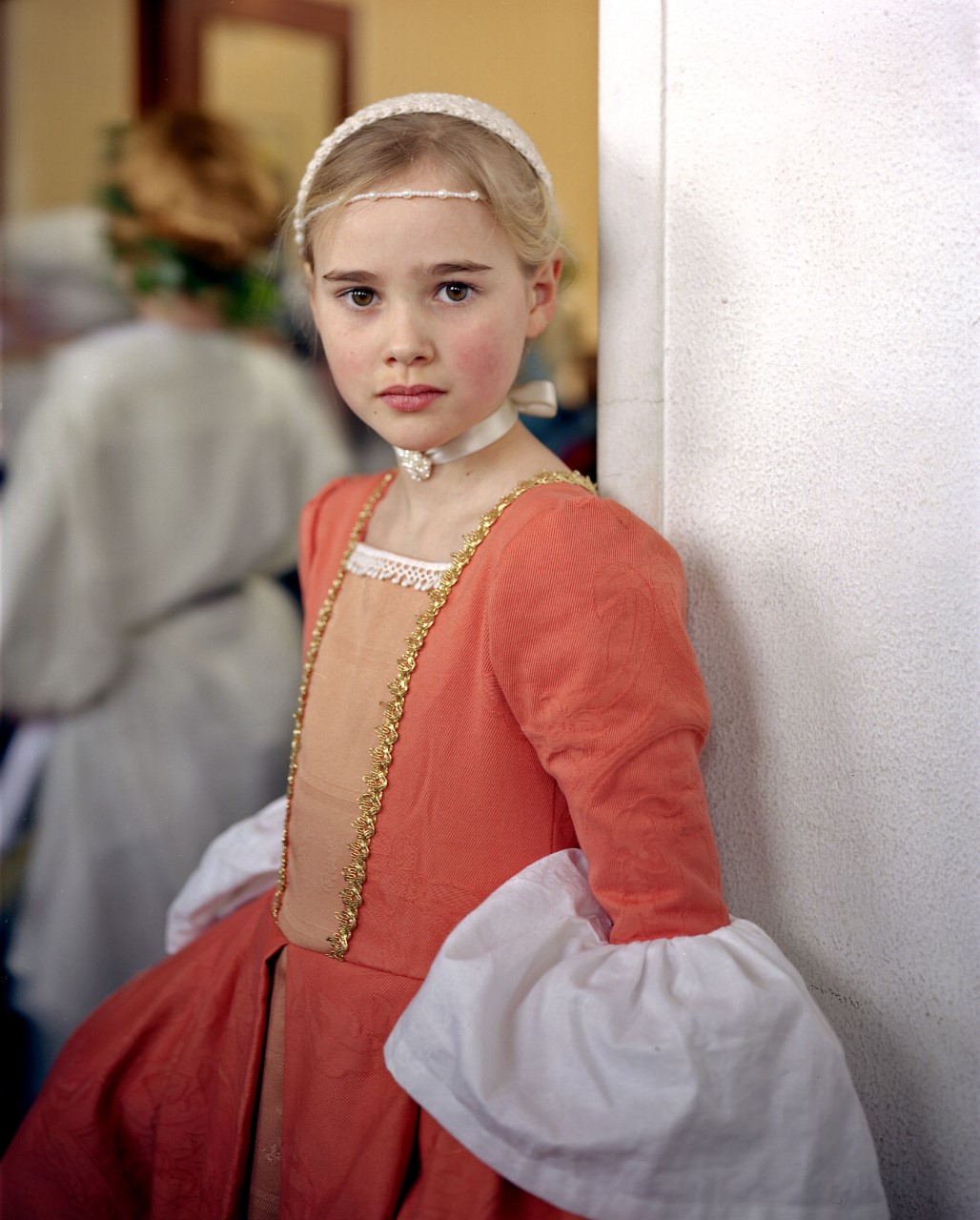 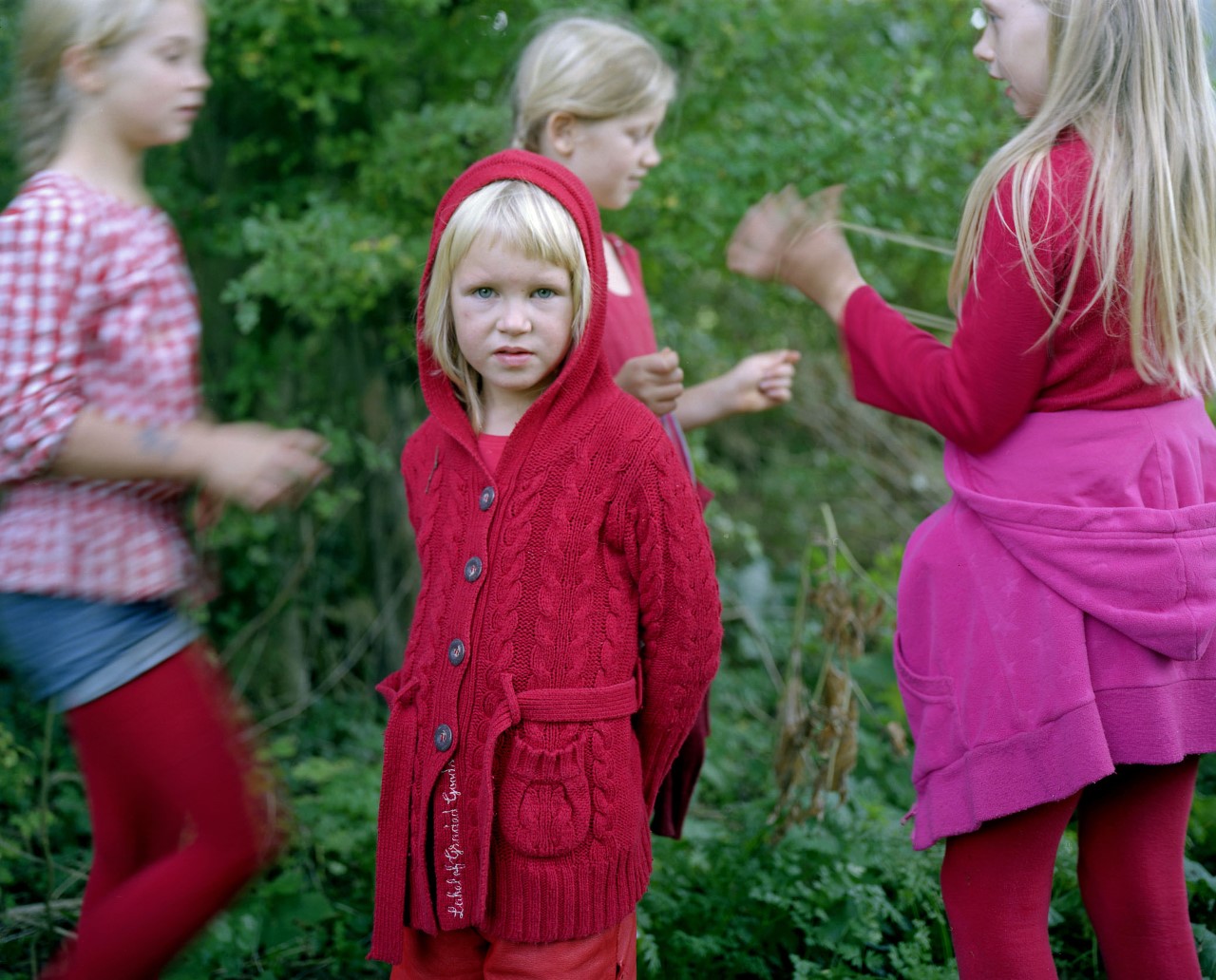 Lidwien van de Ven (born 1963, based in Rotterdam and Berlin) will be represented in Booth 04 by Andriesse Eyck Galerie. She works in the realm of political and religious subjects. In her research she takes a rather journalistic approach, although the work itself is not photojournalistic as such. Van de Ven records the items that were left out of the frame of news stories. She investigates the frontier between reality and representation, image and language, news and contemporary history. Since 2012, van de Ven has been capturing the complex dynamic between revolutionary impulses and counter-revolutionary resurgence in Egypt resulting in a new series of works. Van de Ven has won several awards for her photographic work and installations, currently working on a new project. Part of this new project is on view in the Van Abbemuseum, Eindhoven. Van de Ven received the Dolf Henkes prize in 2014. Her work was shown at Museum Reina Sofia in Madrid (2014), Noorderlicht, (Groningen, 2013), the Busan Biennale (South Korea, 2012), Comma 32, BloombergSPACE, London (2011), and in the Sydney Biennale, (2006) among others. 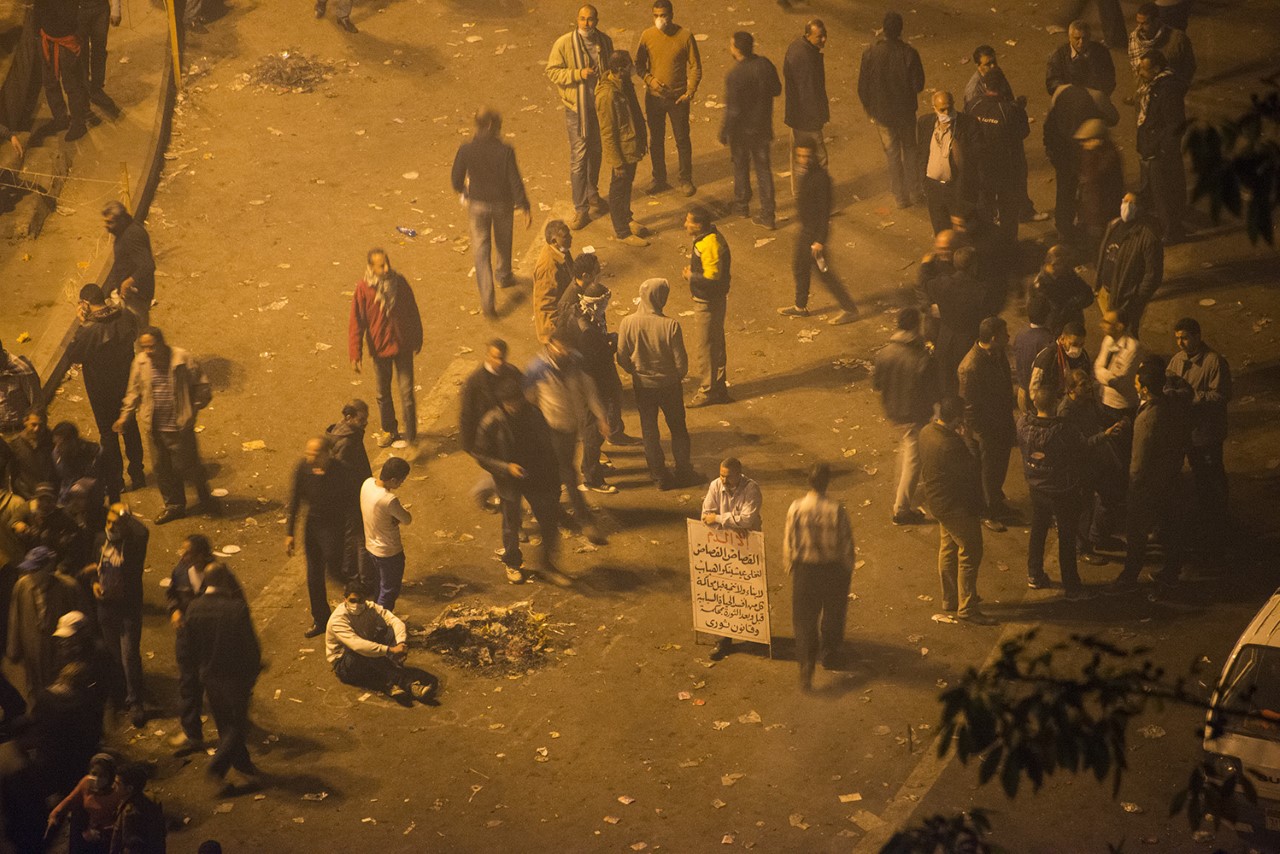 Sebastiaan Bremer (1970) will be represented by Edwynn Houk Gallery. Bremer attended the open studio program at the Vrije Academie in The Hague from 1989 until 1991. During his early years he meticulously reproduced personal photographs in paint. He received the Werkbeurs Grant from FBKVB in Holland and moved to New York in 1992, where he began to work primarily in black and white, reemphasizing his connection to photography. In 1994 he had his first solo show at Galerie Reisel, Holland, and began exhibiting in, as well as curating, group shows. He was an assistant to several artists in New York, and worked on the production for famous photographers Inez van Lamsweerde and Vinoodh Matadin from 1996 until 2000. In 1998 he produced Liza May Post’s film and photograph Trying. In that same year he attended the Skowhegan School of Painting and Sculpture, in Maine, where he began experimenting with murals, collage paintings, and drawing directly on photographs, the style that he continues to use today. In 2001 he had his solo debut, Veronica, at Roebling Hall, New York 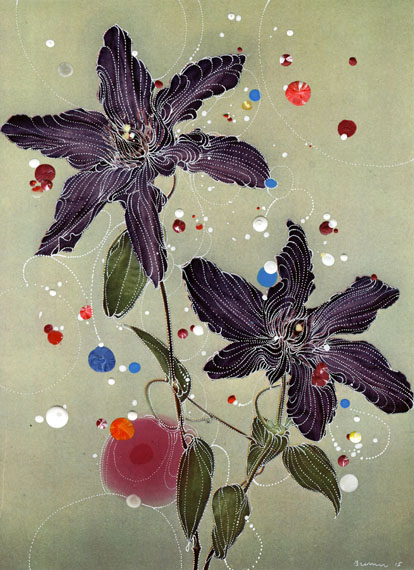 PHOTOFAIRS is dedicated to presenting fine art photography and moving image from leading international galleries and their artists in dynamic and cutting-edge destinations around the world.  In its highly curated approach, PHOTOFAIRS provides an elegant and vibrant environment for both seasoned and new collectors. In addition, tailored VIP and public programs are designed to create an engaging platform for our international audience.