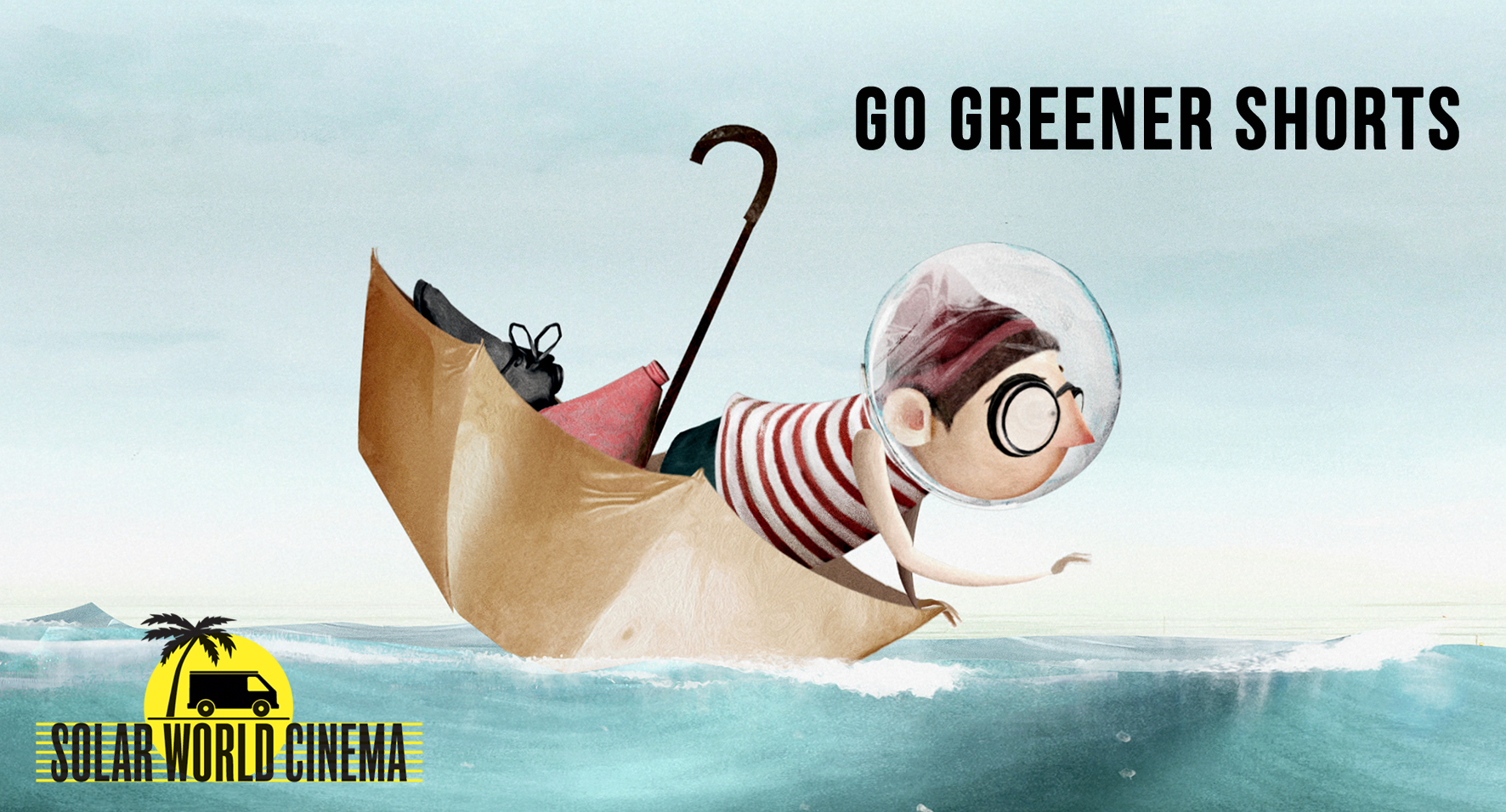 From October 10 until October 12, Solar Cinema will present Go Greener Shorts at the SXSW Eco conference in Austin

From October 10 until October 12, Solar Cinema will present ‘Go Greener Shorts’ at the SXSW Eco conference in Austin. The Dutch based Foundation Solar World Cinema forms an international network of solar powered mobile cinemas that bring unseen films to unusual places. With a strong focus on independent cinema an social engaging films. Dutch founder Maureen Prins will be the guestprogrammer of SXSW ECO, presenting the program ‘Go Greener Shorts’: A series of inspiring, non-moralistic, quirky and entertaining ‘green’ short films. The films should inspire the public to choose a more s ecological and sustainable life style. The films are suitalble for all ages. There is a strong focus on Dutch film with 3 Dutch participants:

1. Farmer Jack by Arjan Wilschut: Animation, 14 min., 2012 The Netherlands: Boer Jansen (Farmer Jack) is a man who is trying to live up to the dream he and his late father shared: a big farm with cows, chickens and sheep, all stretching as far as the eye can see. His father symbolically handed him his hat, hoping his son would make the dream happen. But prices drop and Jack is forced to call in the help of the pharmacists, who provide him with pills that help his animals produce more, but the expanding production makes prices drop even further, spiralling towards an ending that we all know, but do not dare to think about.

2. Jonas and the Sea by Marlies van der Wel: Animation, 11:30 min., 2015 The Netherlands: Jonas and the Sea is an animated short film about a man who casts aside everything in pursuit of his dream. A dream we all share: the quest to find a place we can call home, even if it’s underwater.

3. Pimp My Planet by Studio Smack: Animation, 2.18 min., 2011 The Netherlands: We live in a time where everything or everyone can be upgraded or ‘pimped’. After the worldwide acceptance of plastic surgery, it was time to subject our worldly possessions (Pimp my Ride) and digital identities (Facebook) to an aesthetical and/or functional upgrade. So it’s likely that eventually everything will be pimp-able. Even our own planet.

Maureen Prins is a filmmaker and the CEO of the Dutch Solar Cinema and founder of its international component: Solar World Cinema. In 2000 she grduated with a degree in Screen Arts. She pursued a career in making independent short films, documentaries, and music videos. Prins also works as a curator, developing film programs. In 2006 she started Solar Cinema in the Netherlands, following an English example. In 2000 she co-founded the Foundation Solar World Cinema, in an attempt to internationalize the project.

SXSW Eco creates a space for business leaders, policy makers, innovators and designers to advance solutions that drive social, economic and environmental change. The conference features collaborative events to create new relationships, as well as dynamic sessions and exciting competitions that introduce attendees to transformative designs, technologies and ideas. Through provocative programming, strategic alliances and global participation, SXSW Eco accelerates impact in all its forms and believes in the benefits of responsible corporate citizenship, while recognizing that environmental issues are an important facet of producing the conference.