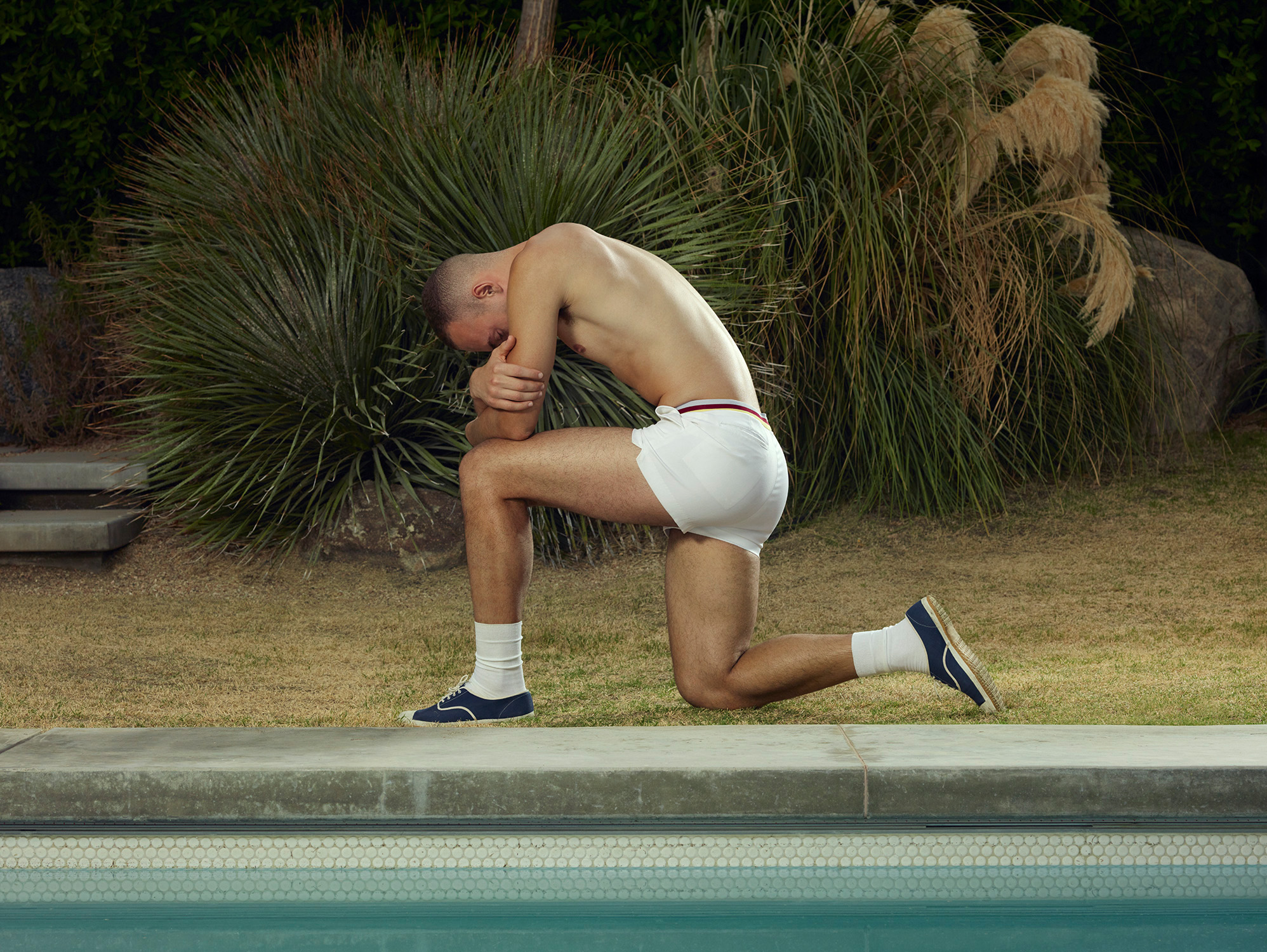 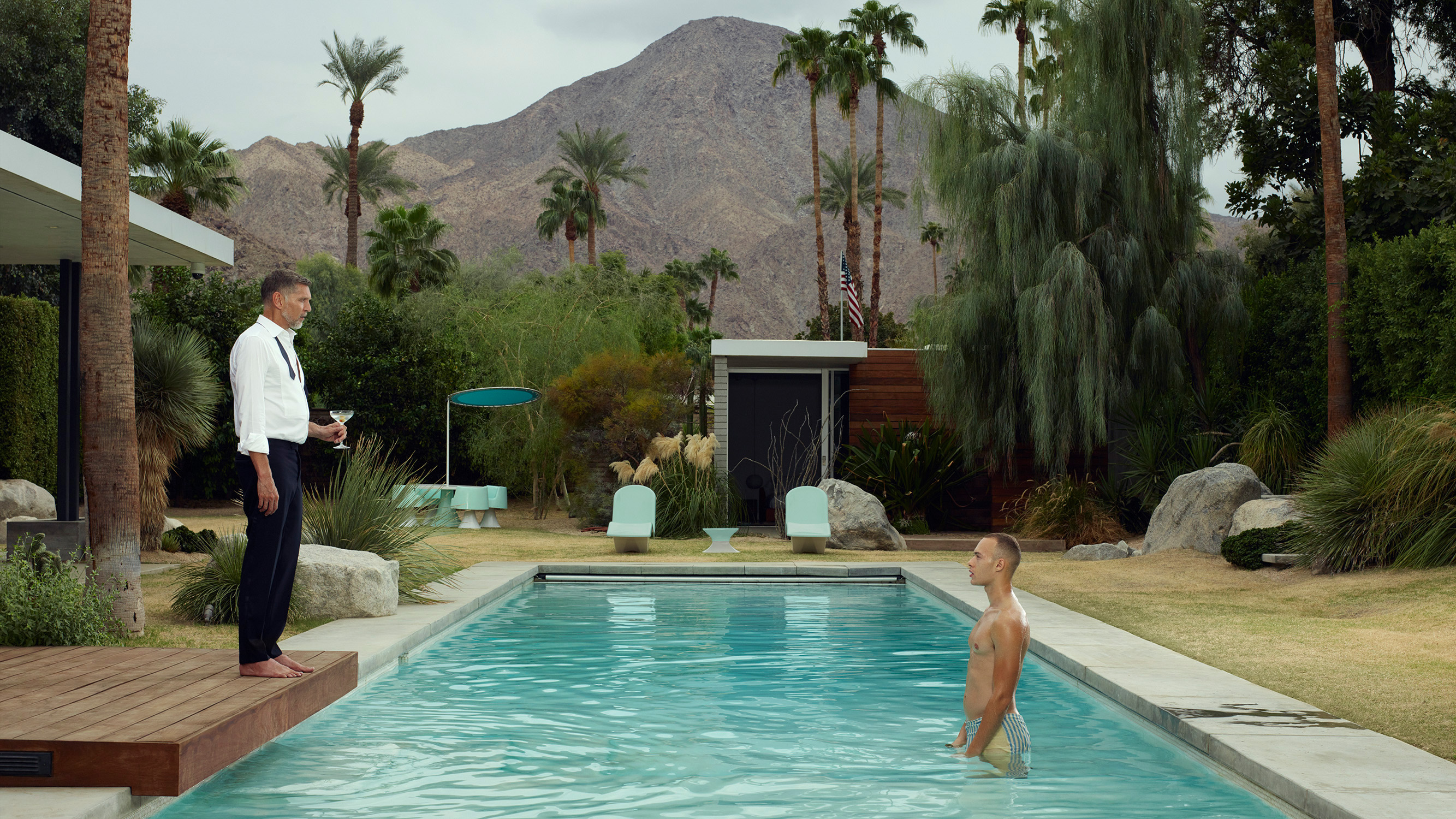 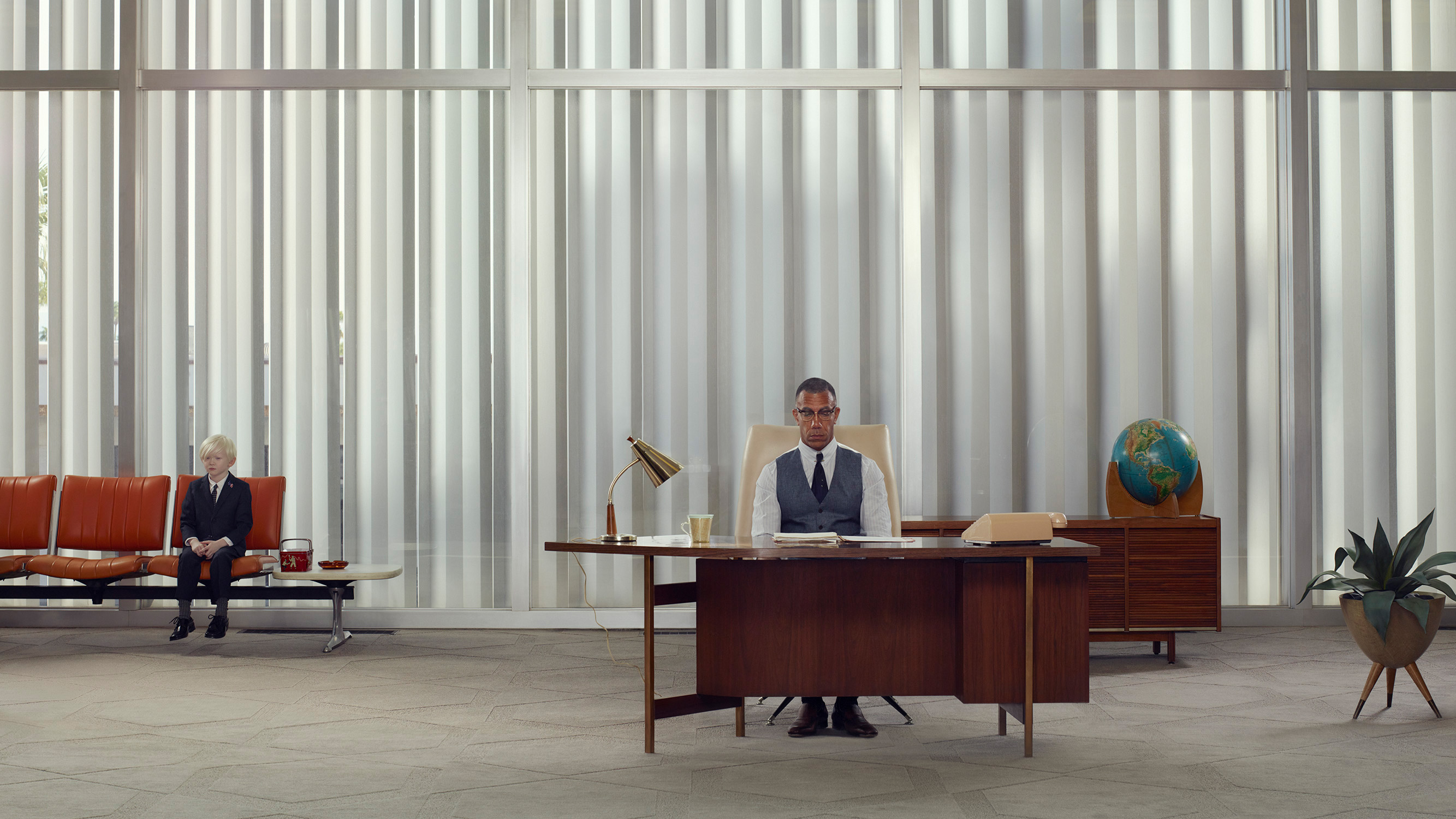 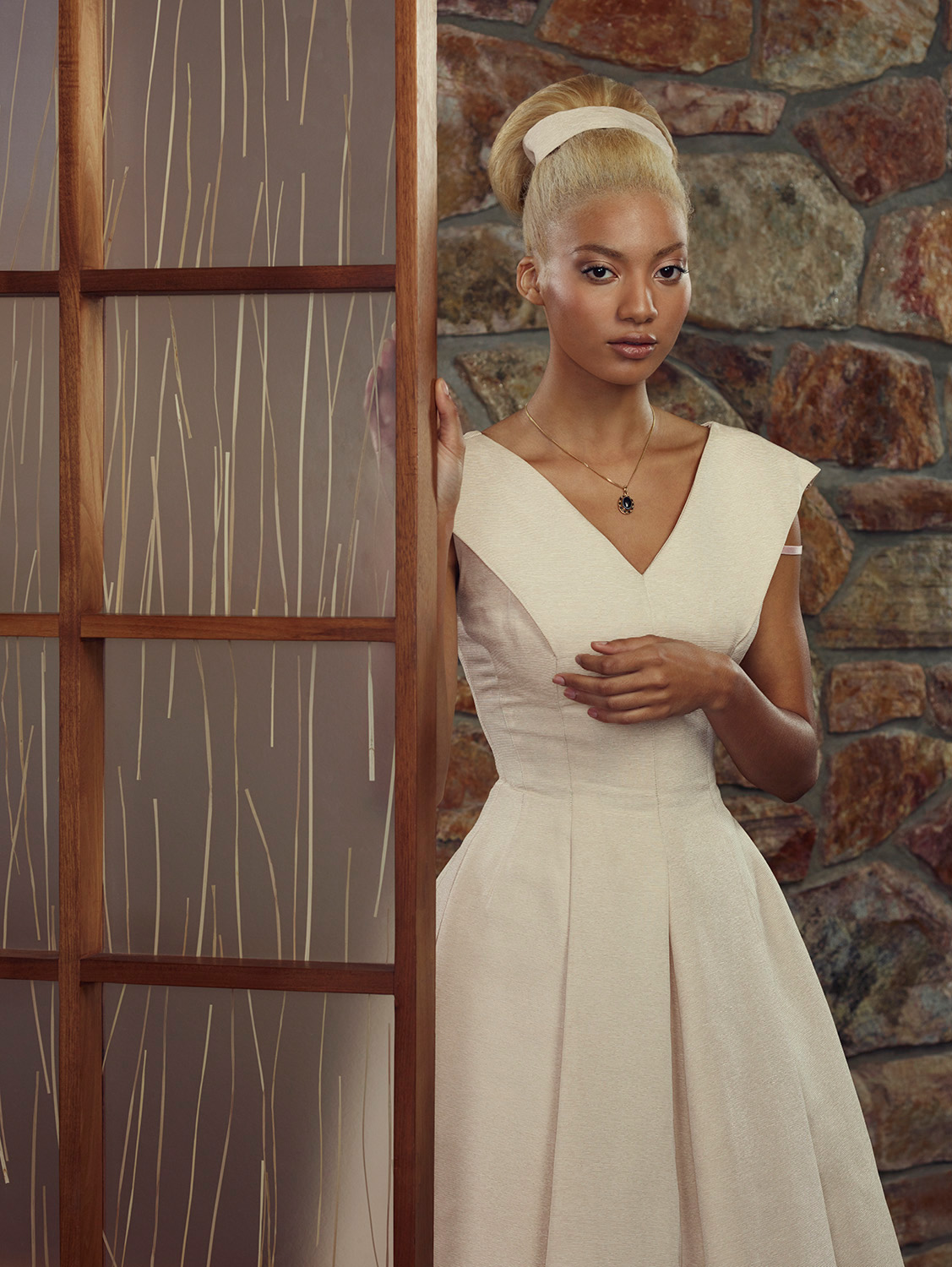 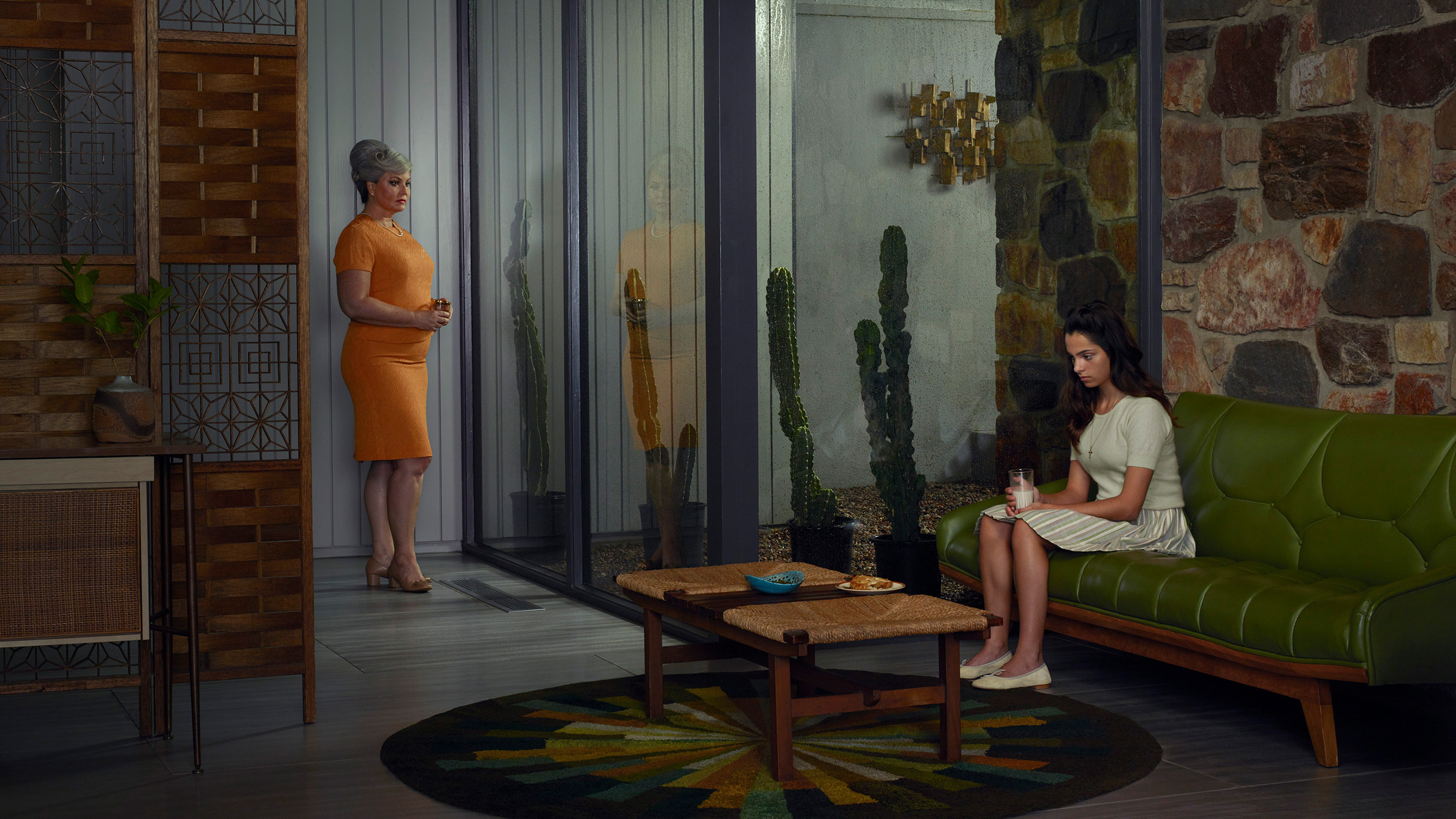 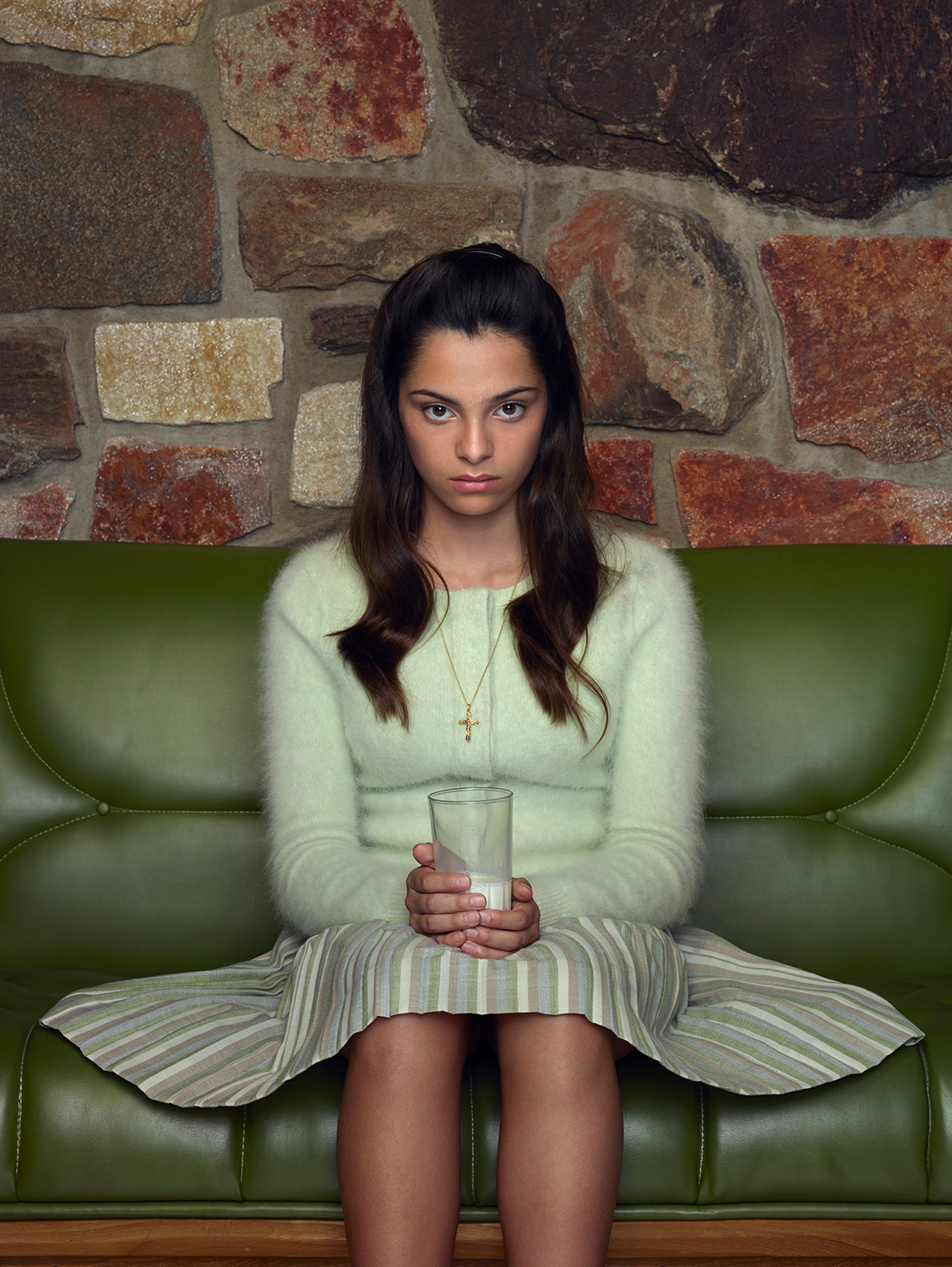 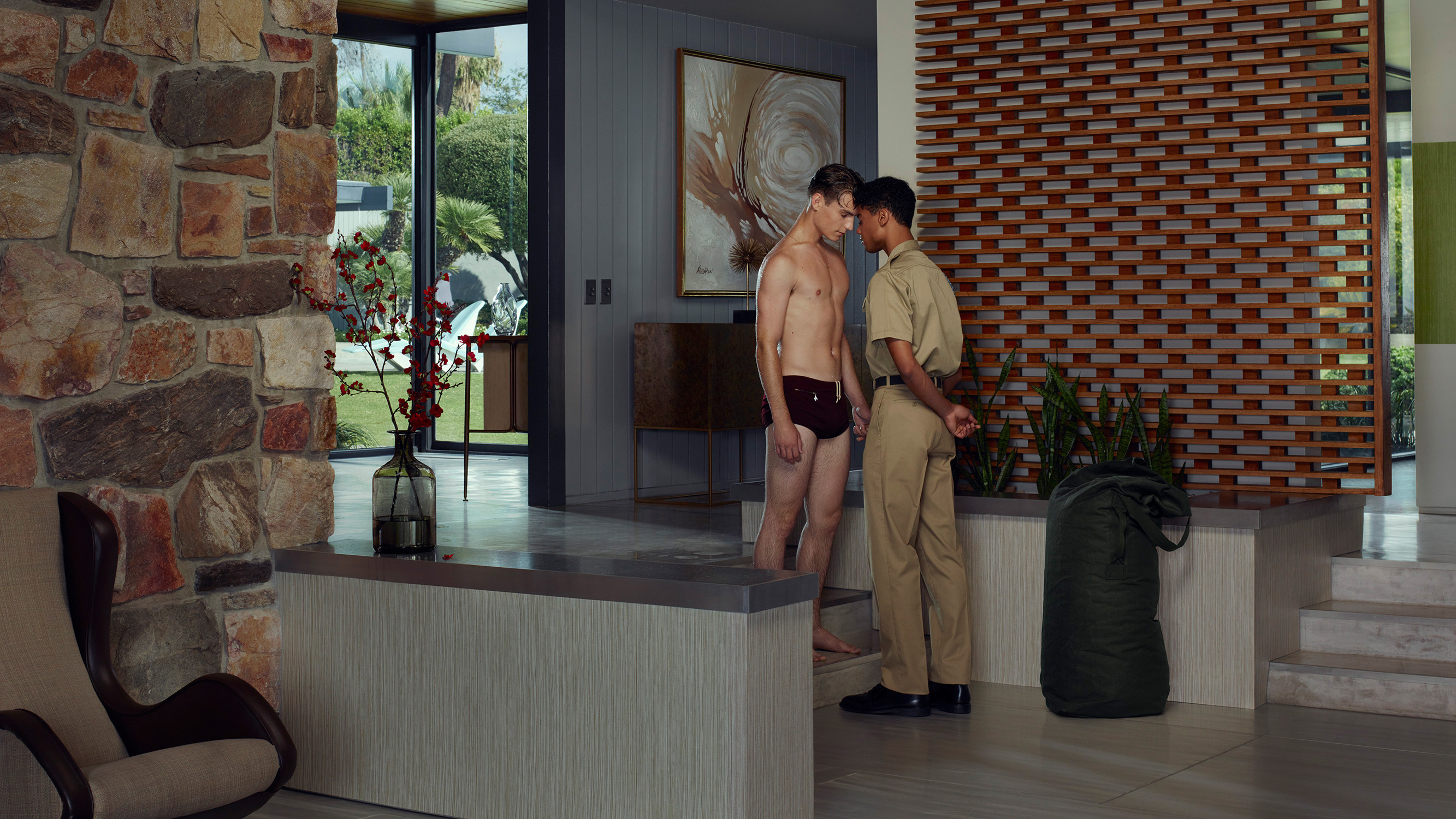 The Edwynn Houk Gallery in New York is pleased to announce a solo exhibition of Erwin Olaf’s latest series, Palm Springs. This exhibition marks the US debut of the full series. Made on location, Palm Springs depicts a series of enigmatic encounters with a cast of imagined characters, inspired by the celebrated history and aesthetic of the southern California city. You are invited to the opening reception, with the artist in attendance, on Thursday, 25 April from 6 to 8 pm.

While set in the modern day, Palm Springs evokes the memory and visual language of the city’s past, recalling its heyday as the quintessential midcentury paradise. Southern California has been mythologized as a carefree promise land, a limitless pastiche of cerulean swimming pools and emerald lawns, a reputation preserved by iconic poolside scenes by artists such as Slim Aarons and David Hockney. Olaf’s vision harnesses these themes to explore twenty-first-century realities: the desire for glamor, wealth, and sex are ever present, but this world is more diverse, complicated, and introspective than before. In Olaf’s new Palm Springs, young people read Lolita while sun-bathing on yellow patches of grass; workers daydream in public laundromats; families enjoy scenic picnics on rocky desertscapes; and the artist himself, drinking a dirty martini poolside, sports graying hair.

Cinematic and painterly, each scene is a perfectly staged composition, with every detail conscious and controlled, while also intimating a sense of mystery and disquiet. Dressed fashionably in immaculate homes or lounging at the pool, Olaf’s subjects appear to live a beautiful life, yet each is caught in moments of palpable desire, fantasy, reflection, and tension—a reflection of Olaf’s interest in the experience of the individual in an increasingly globalized world. Viewers are left to allow their imaginations to fill in the context of the scenarios and relationships captured in each photograph, as Olaf masterfully creates a sense of emotional immediacy while leaving the ambiguous storyline open to personal interpretation.

This exhibition anticipates the artist’s sixtieth birthday, an occasion also being commemorated with three museum retrospectives of his work. The Gemeentemuseum and the Fotomuseum, both in The Hague, have concurrent shows on view through May 12. The Rijksmuseum in Amsterdam has acquired 500 works spanning Olaf’s career for its permanent collection and will present 12 x Erwin Olaf, an exhibition featuring a selection of the artist’s photographs in dialogue with Dutch Golden Age paintings, opening on July 3. A 400-page monograph, Erwin Olaf: I Am (Aperture), was also published this month. Read more about it here.

Olaf’s work is in numerous private and public collections, including the Rijksmuseum and Stedelijk Museum in Amsterdam; Fonds National d’Art Contemporain, Paris; George Eastman Museum, Rochester; and the Sir Elton John Collection, UK and USA. The artist lives and works in Amsterdam.

Erwin Olaf (born in Hilversum, the Netherlands, 1959) is a Dutch photographer known for his highly stylized, daring, and often provocative work addressing social issues and taboos. He is the recipient of numerous awards, including the Johannes Vermeer Award (2011), a Lucie Award (2008), and Photographer of the Year in the International Color Awards (2006). Among other accolades, Olaf received the commission to design the new national side of the Dutch Euro, launched in 2013. In 2008 and 2014 Aperture published volumes one and two of Olaf’s self-titled monographs.