From September 8 unitl November 8, Spinello projects will present #tags, the Miami debut solo exhibition from Berlin-based Dutch artist Marc Bijl. For #tags, Bijl has isolated a series of six words, directly sourced from his own life and global news headlines. Words like Anarchist, Family Man, Demagogue and Terrorist radiate in bright lettering on a suite of powder coated aluminum sheets. Each word stacked neatly, their letters in three rows of three. Removed from their original narrative, our brains are conditioned to fill in the gaps.

The hashtag has become a prime method of organization in our contemporary media environment. It’s technology is indecipherable to some, but it’s utility is simple. The power of one character (#) can isolate any word or phrase, removing it from its context, creating a powerful infrastructure space of words and images across social media platforms.There’s a danger in these infrastructures, as they carry the power to persuade through minimal language and labeling. By decontextualizing these words, they create new meanings and new identities. Of course, there’s a risk of manipulation or polarization, but they also have the power to activate global political mobilization. We’ve witnessed this through movements like #Occupy and #BlackLivesMatter. Bijl leaves these words without context, a true definition of a hashtag. The likelihood is that these images will be recycled back into the machine by the viewer, eternally networked with new narratives, new associations, and new hashtags. 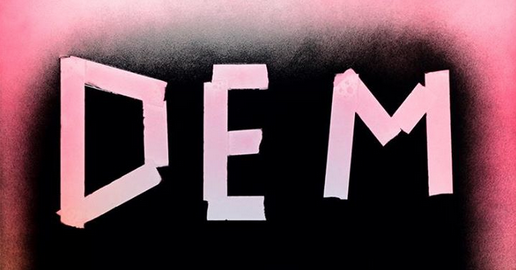 Marc Bijl (1970) graduated from the Royal Academy of Art & Design ‘s Hertogenbosch in 1997 before he changed his home base to Berlin. His work has always been closely linked to social issues and the written word and often intervenes with the public’s perception of the world, pointing out its superficiality and the role of the modern media. His work ties into political topics, such as globalization, religion, and nationalism,  but also uses the language of the street and combines these two components into something unique. Among other projects, Marc Bijl contributed to ArtZuid 2013, the international sculpture route in Amsterdam.