The title of the 2015 edition of the Chicago Architecture Biennial is ‘The State of the Art of Architecture’ and there are five Dutch participants. One of them is Iwan Baan.

Dutch photographer Iwan Baan is known primarily for images that narrate the life and interactions that occur within architecture. Born in 1975, Iwan grew up outside Amsterdam, studied at the Royal Academy of Art in The Hague and worked in publishing and documentary photography in New York and Europe. At the Chicago Architecture Biennial Iwan Baan is participating with the exhibition ‘Anonymous Histories’. With this photo series, Iwan created a deliberately low-key look at the city’s beauty, from a glance at the iconic Calder statue in the city’s Federal Plaza from inside the nearby post office to street scenes including a concrete factory on Chicago Avenue. 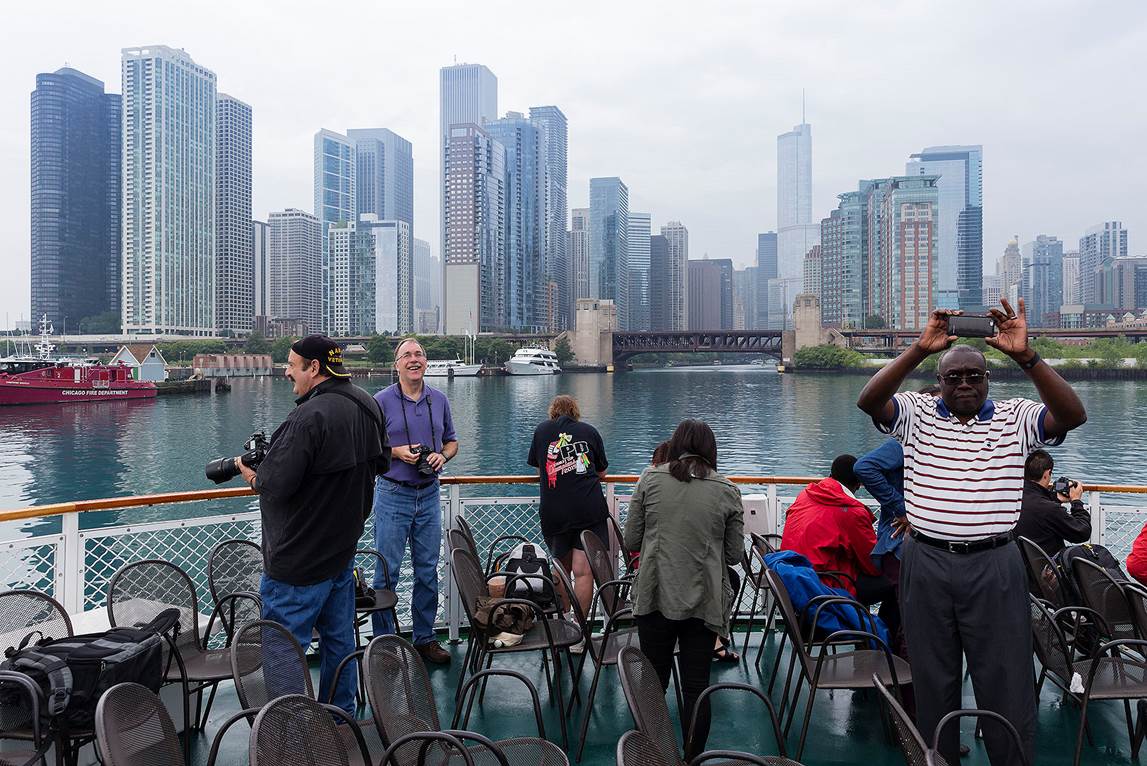 For the last decade, Iwan Baan has been creating photographs about humanity and their relationship with the built and physical world. A student of The Hague School of Photography in The Netherlands, Baan filters architecture and the built environment through the lens of documentary photographic methods.

In this series, Baan treats the city of Chicago as a living, breathing entity. He was informed and influenced by Alvin Boyarsky’s collection of postcards of Chicago, mainly those presented in the 1970’s essay, Chicago a la Carte: The City as an Energy System. Addressing such themes as architecture, tourism, urban geography, industry, development and spectatorship, Baan revisits many of the sights and attractions that Boyarsky included in his essay.

Boyarsky writes that postcards revealed a miscellany of topographical information, the taste and sensibility of a period as well as a certain unconscious, regional pride. He commented that at times, they oozed with self-caricature, reflecting what was thought to be of interest to visitors, ultimately contributing to the process of city, region or nation branding.

Boyarsky’s concept of the city as an organism emerged during the 1960’s as a response to the increasingly complex interconnections of technology, communication, and history. He drew on his archive of historical postcards, newspaper clippings, and printed ephemera to trace a hidden history of Chicago’s built environment.

Much of his postcard collection represents Chicago’s tangible miracles of contemporary life. His collection displayed audacious feats of engineering of the industrial revolution such as grain elevators, slaughterhouses, bridges, canals and airports. Through them, Chicago was seen as a symbol of change and progress. 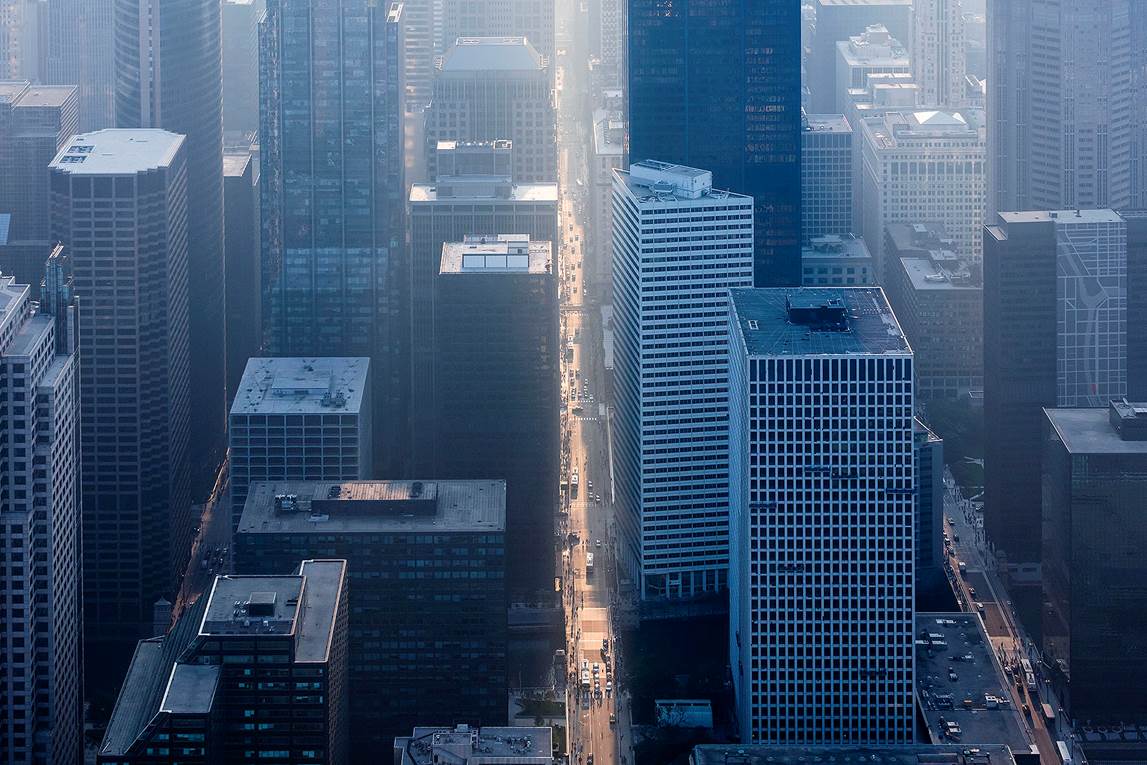