This spring, the Yale University Art Gallery presents a new lecture series in collaboration with John Walsh, Director Emeritus of the J. Paul Getty Museum in Los Angeles. Walsh and other scholars present six lectures that explore aspects of cultural exchange that were made possible by worldwide Dutch commerce.

Much of the wealth accumulated by the Dutch during the Golden Age, which spanned the 17th century, came from trade. As Daniel Defoe, the author of Robinson Crusoe, wrote, “The Dutch are the carryers of the World, the middle persons in Trade … and the greatest part of their vast commerce consists in being supply’d from all parts of the World, that they may supply all the World again.” Dutch ships returned to Europe with goods from Africa, the Americas, the Baltic states, India, and maritime Southeast Asia, bringing with them an abundance of discoveries—including the arts of exotic cultures as well as natural curiosities of all kinds. The six lectures in this series, given by five leading scholars, explore aspects of cultural exchange that were made possible by worldwide Dutch commerce. The series celebrates the loan of paintings to the Gallery from the collection of Rose-Marie and Eijk van Otterloo. Generously sponsored by the Martin A. Ryerson Fund. 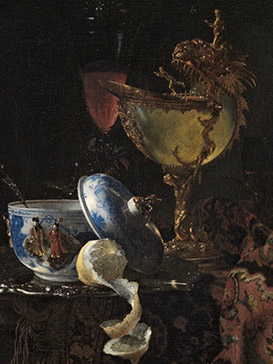 During the Golden Age of Dutch prosperity and culture in the 17th century, silver- and goldsmiths from Florence to London supplied the ultimate luxury item to adorn their tables and shelves: shells of Nautilus pompilius—the famous chambered nautilus—turned into drinking cups held aloft in elaborate gilt-silver mounts. The shells, brought home by Dutch ships from the South China Sea, located 15,000 miles away, flaunted the worldwide mercantile prowess of the Dutch Republic, and Dutch painters made them star items in their still-life pictures. The cups are small masterpieces of sculpture that combine wit and craftsmanship to celebrate a wonder of nature. John Walsh looks at the amazing variety of surviving nautilus cups and suggests what—besides wealth—they may have signified for their owners.

In addition to the lecture there will be a film screening:

The ambitious renovation of the Rijksmuseum in Amsterdam began in 2003. One of the world’s preeminent art institutions and home to a vast collection including masterpieces by Rembrandt and Vermeer, the museum was scheduled to reopen in 2008. From the start, the project was met with political and public opposition and the landmark was slowly transformed into a seemingly perpetual building site. The New Rijksmuseum follows the museum’s director, Ronald de Leeuw, and his successor, Wim Pijbes, in their battle with politicians, designers, curators, and even the Dutch Cyclists Union, as they endeavored to reopen the museum and put its massive collection back on display.

“The Carryers of the World”: Trade and Luxury Goods in the Dutch Golden Age 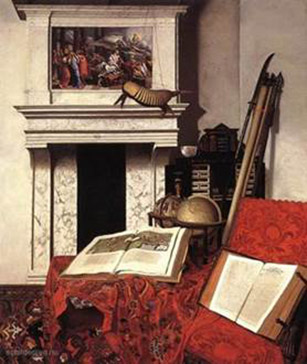 In 1728 the Englishman Daniel Defoe described the Dutch as “The Carryers of the World, the middle Persons of Trade, the Factors and Brokers of Europe.” In this lecture, Femke Diercks, Curator of European Ceramics at the Rijksmuseum, Amsterdam, examines the extraordinary role that the Dutch played in the international trade scene during the early modern period. Focusing on the two principal trading companies of the time, the Vereenigde Oostindische Compagnie (Dutch East India Company) and the West-Indische Compagnie (Dutch West India Company), the lecture explores the luxury goods they transported, the methods they employed to build their networks, and their interactions with local communities. Diercks also discusses Amsterdam’s position as a European center for luxury goods, as well as the universal desire to own these wares—which transcended social class.

Fragile Matters: Fascination for Ceramic in the Early Modern Period 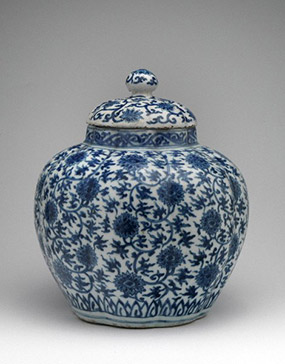 Chinese porcelain caused a sensation from the moment it entered Europe. While the first rare pieces were acquired for important princely collections, Dutch merchants began importing porcelain on a much larger scale in the early 17th century, lowering prices and making pieces available to the up-and-coming middle class of the Dutch Republic. Femke Diercks, Curator of European Ceramics at the Rijksmuseum, Amsterdam, considers this material—pure white with deep blue decorations, hard but fragile—which fascinated Europe, and the immediate attempts to imitate it across the continent. From 16th-century Medici porcelain in Italy to tin-glazed earthenware in 17th-century Delft, and culminating in the production of the first European porcelain in Meissen in 1710, these efforts to (re)create porcelain objects speak volumes about the cultures and ambitions of the societies that manufactured them. 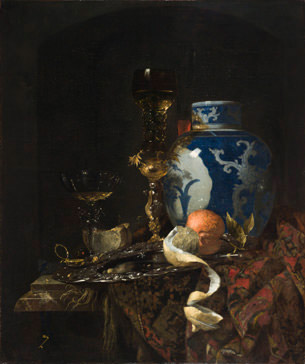 The artfully peeled lemon, baring its spongy pith and shiny flesh, was one of the most beloved motifs of Dutch still-life painters in the 17th century. Why did the lemon become such a signature element of the genre? In this talk, Mariët Westermann, Executive Vice President of the Andrew W. Mellon Foundation, historian of European art, and author of several books—including A Worldly Art: The Dutch Republic, 1585–1718—explores the lemon’s importance to painters, botanists, and collectors in early modern Europe and explains how Dutch artists set the fruit on a path of pictorial pleasure for centuries to come. 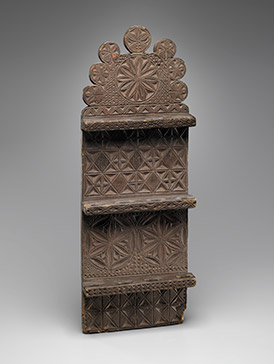 Unlike their English contemporaries, who cleared, settled, and conquered the land, Dutch colonists in North America navigated the land, establishing urban trading posts and leaving a lighter footprint on the landscape. Domestic structures were smaller, many items were imported from the Netherlands and via Dutch merchant networks, and prized household goods tended to be portable items. Edward S. Cooke, Jr., the Charles F. Montgomery Professor of American Decorative Arts, Professor of American Studies, and Director of the Center for the Study of American Art and Material Culture at Yale, explores the Dutch household in the New World—one that was familiar but nevertheless different from homes back in the Netherlands. 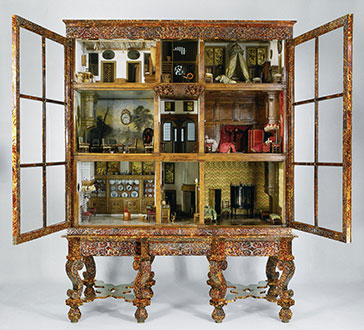 In the second half of the 17th century, it became fashionable for wealthy women in the Netherlands to commission dollhouses replicating the domestic interiors of well-to-do Dutch burghers. The houses were meticulously decorated to the smallest detail, including miniature blue-and-white porcelain commissioned from China to display in the dolls’ dining rooms, and hand-painted and resist-dyed chintz from India to hang on the walls or to use as bed curtains. Ruth Barnes, the Thomas Jaffe Curator of Indo-Pacific Art, takes these lavish status symbols as the point of departure from which to explore the Dutch East India Company’s contacts to the suppliers of textiles, ceramics, and furniture from South to East Asia.

John Walsh, B.A. 1961, is Director Emeritus of the J. Paul Getty Museum in Los Angeles. He was a paintings curator at the Metropolitan Museum of Art, New York, and at the Museum of Fine Arts, Boston. He received a Ph.D. from Columbia University. He has taught courses on the history of art at Columbia and Harvard University, and he is currently a visiting professor in the Department of the History of Art at Yale University.