The Tree of Ténéré is a large-scale LED artwork conceived and created by Zachary Smith, which made its debut at Burning Man 2017. It is named after a famed lone tree in Africa surrounded by 450km of sand, one of the strongest symbols of life flourishing in the most difficult environment.

In line with Burning Man’s principles of gifting, community, and participation, the Ténéré team extended invitations to outside artists and engineers to contribute additional digital routines for display on the tree. With a celebratory spirit fitting for this unique event, Studio Drift graciously accepted the invitation, commemorating the 10 year anniversary of the studio by adapting our 2007 Flylight, which contains an algorithm that mimics a swarm of birds and reacts to its environment. 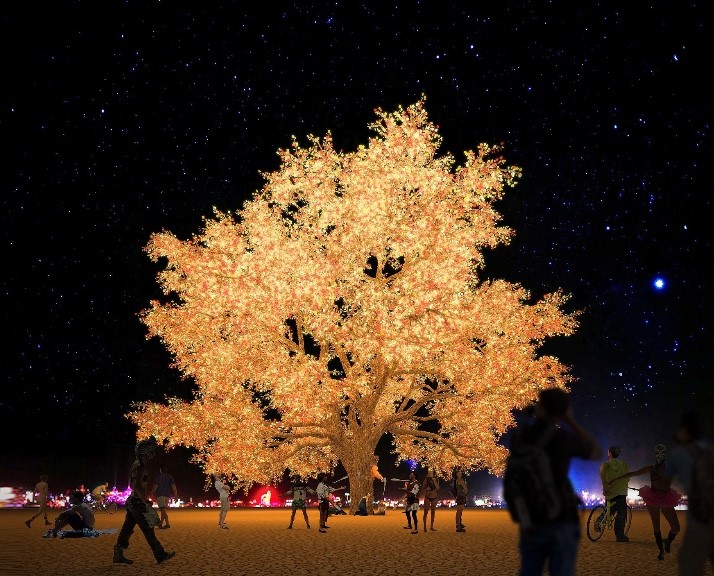 Studio Drift was founded in 2007 by Lonneke Gordijn (1980) and Ralph Nauta (1978). Their focus is creating multi-disciplinary site-specific interactive installations, sculptures, objects and films, which propose a distinct mix between the latest science fiction inspired hi-tech developments and their poetic imagery. Studio Drift is an Amsterdam based studio manipulating light and movement to explore existing and new relationships between nature, technology, and mankind. At first glance, their work seems to refer to familiar situations but on further investigation, these references are brought into question. The viewer is manipulated into reshaping their relationship towards their environment and personal connections, stimulating open minded futuristic prospects where contradictions emerge. A perfect example is the constant dialogue between the artists Lonneke and Ralph them self. This dialogue is ever ongoing and even embedded in their name. 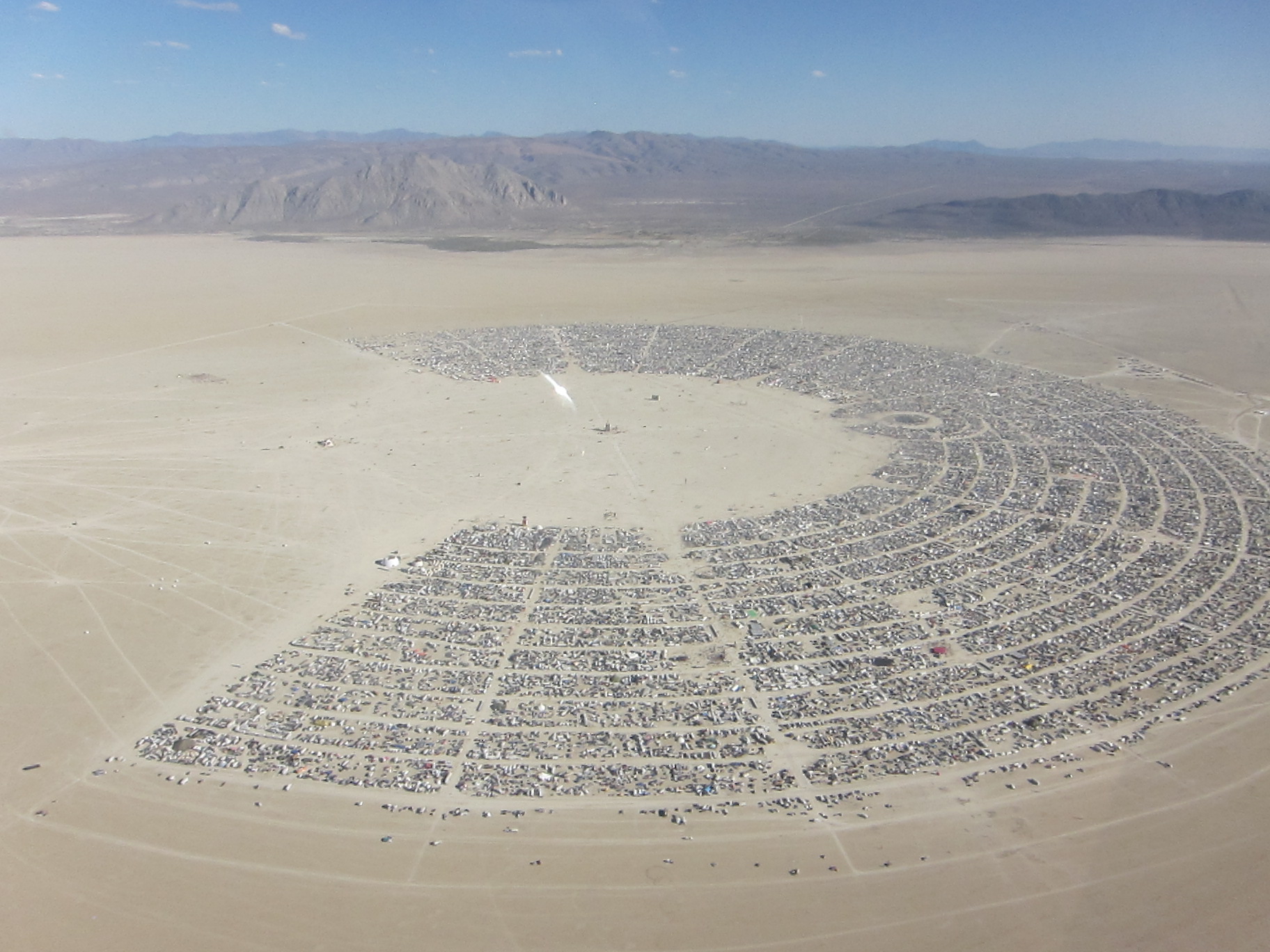 Once a year, tens of thousands of people gather in Nevada’s Black Rock Desert to create Black Rock City, a temporary metropolis dedicated to community, art, self-expression, and self-reliance. In this crucible of creativity, all are welcome. Burning Man 2017 takes place August 27 – September 4, 2017. Burning Man isn’t your usual festival. It’s a city wherein almost everything that happens is created entirely by its citizens, who are active participants in the experience.