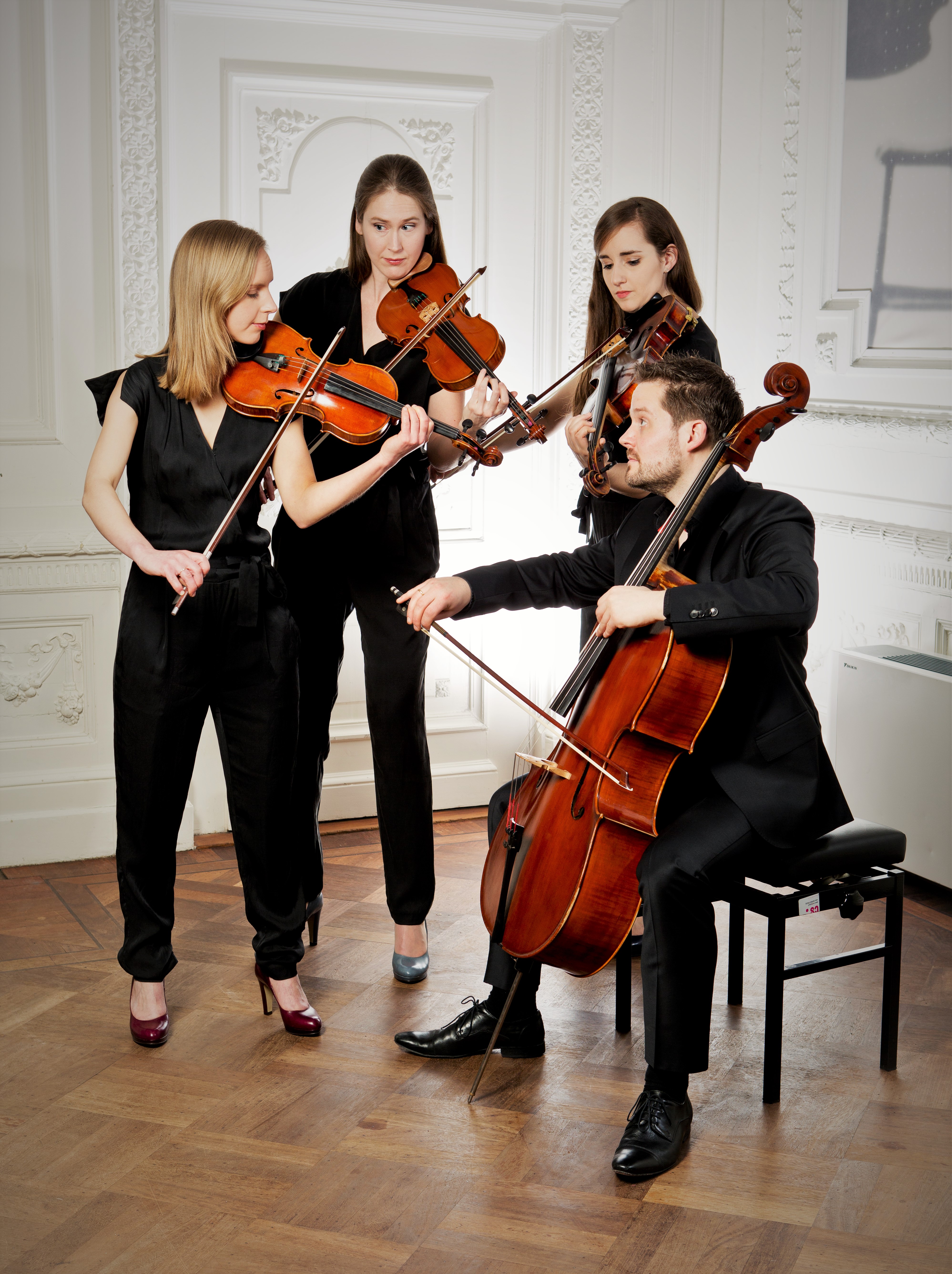 The successful North American debut of the Dudok Quartet Amsterdam took place on the 12th of January, during the Winter Chamber Music Festival in Evanston, Illinois. Click here for their album on Spotify.

The Dudok Quartet Amsterdam is one of the most versatile and appealing string quartets of this time. The quartet’s aim is to share the heart of music through captivating performances and an open approach to the audience.

In June of 2013, the Dudok Quartet Amsterdam has finished their studies at the Dutch String Quartet Academy with the highest distinction. In November of 2014, the Dudok Quartet was awarded the Kersjesprize, an award annually given to an ensemble of exceptional talent in the Dutch chamber music scene. The quartet furthermore received top prizes in various international string quartet competitions in Bordeaux (Concours international quatuor à cordes), Weimar (Internationaler Joseph Joachim Kammermusikwettbewerb), The Netherlands (Charles Hennen Competition/Orlando Competition) and Poland (Radom first international string quartet competition)

The members of the quartet first met in the Ricciotti Ensemble, a Dutch street symphony orchestra. The ensemble was founded in 2009. During the first two years since then, the Dudok Quartet Amsterdam studied with the Alban Berg Quartett at the Hochschule für Musik in Cologne. After that, they studied with Marc Danel at the Dutch String Quartet Academy. Further important artistic impulses came from Eberhard Feltz, Peter Cropper (Lindsay Quartet), Luc-Marie Aguera (Quatuor Ysaÿe) and Stefan Metz.

Many well-known contemporary classical composers, such as Kaija Saariaho, Mark-Anthony Turnage, Calliope Tsoupaki and Max Knigge worked with the quartet on their music. In 2014, the Dudok Quartet Amsterdam has signed for several recordings with Resonus Classics, the world’s first solely digital classical music label. Both their first two albums, combining string quartet core repertoire by Haydn and Mozart with both string quartets by György Ligeti and world premieres of the ensembles own arrangements, have been received with unanimous praise in international press reviews including an Editor’s Choice in Gramophone magazine. 2016 saw the premiere of Kaija Saariaho’s opera Only the Sound remains, featuring the Dudok Quartet Amsterdam in a leading role accompanying the world-renowned countertenor Philippe Jaroussky.