‘Sweat Baby Sweat’ and ‘The Dogs Days Are Over’, Choreographies by Dutch Jan Martens

From 8-12 October 2015, Jan Marten's choreography 'Sweat Baby Sweat' and 'The Dogs Days Are Over' will be performed at The Wexner Center for the Arts in Columbus, Ohio

From 8-12 October 2015, Jan Marten’s choreography ‘Sweat Baby Sweat’ and ‘The Dogs Days Are Over’ will be performed at The Wexner Center for the Arts in Columbus, Ohio. For tickets, click here.

‘Sweat Baby Sweat’ is about all-consuming love, and shows two people who can’t – or won’t – let one another go. A searing, minimal production in which images, text, movement and music complement one another perfectly. ‘Sweat Baby Sweat’ is a new step into the investigation on the symbiosis of storytelling and abstraction, which started in Jan’s former production a small guide on how to treat your lifetime companion. Working together with a video designer and a composer, ‘Sweat Baby Sweat’ becomes a work in which composed music and projected text take an important role next to the moving composition.
Departure point in ‘Sweat Baby Sweat’ is the most cliché theme ever: a relationship between a man and a woman. By adding love song lyrics and at times even mellow music one would expect a very theatrical approach, but the contrary is true. The result is a one-hour performance in which a lifetime is passing. A modern mating ritual: naïve, sensual, tender but painful, at the same time comforting and confronting.

About ‘The Dogs Days Are Over’

‘The Dogs Days Are Over’ will be a work that tries to reveal the person behind the dancer. To reach this, a very complex, mathematical, dynamic and tiring choreography is constructed, which is performed almost completely in unison.  The difficulty degree of the choreography is so high, that the dancers eventually will go wrong. It is there where the mask falls.  The dancer is defined as an idle and purely executing species, striving for perfection. 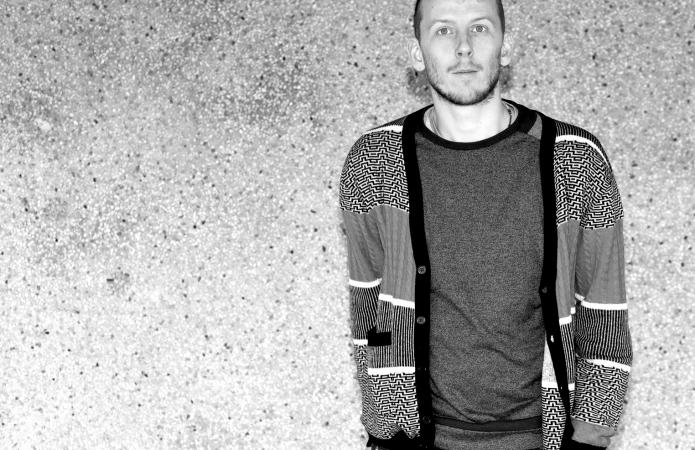 Jan Martens studied at the Fontys dance academy in Tilburg and graduated at the Artesis Conservatory for Dance in Antwerp in 2006. He performed, amongst others, in the work of: Koen De Preter, United-C, Mor Shani and Ann Van den Broek. In 2009 he started to develop his own choreographic work. Since 2013 Martens is “artist in residence” at the International Choreographic Arts Centre (ICKamsterdam), and supported by DansBrabant. From September 2014 onwards he’ll become “artist in residence” at tanzhaus nrw Düsseldorf.

Martens’ first major work was I CAN RIDE A HORSE WHILST JUGGLING SO MARRY ME (United-C, 2010), a work that portrayed a generation of young women in a society dominated by social networks. From 2011 on his work was produced by Frascati. There he created TO LOVE DUETS, both investigating the cliché portrayal of a man – woman relationship: A SMALL GUIDE ON HOW TO TREAT YOUR LIFETIME COMPANION and SWEAT BABY SWEAT. The first one was selected for Aerowaves, a European network supporting young choreographers. The second one was selected for the Dutch Dance Days 2012 and Circuit X edition 2013 in Flanders.

In April 2013 two premières took place. Firstly, Martens created the breathtaking duet for a boy and a man called VICTOR together with actor and director Peter Seynaeve, produced by CAMPO. Afterwards he made LA BÊTE, a solo for the young actress Joke Emmers in a coproduction with La Briqueterie CDC du Val-de-Marne. Not much later LA BÊTE was combined with BIS, a solo for choreographer Truus Bronkhorst, in a double bill called DIALOGUE.

Next to these works he made guest choreographies for dansateliers, Meekers, and AHK. In March 2012 he created PRETTY PERFECT, a coproduction by dansateliers and Conny Janssen Danst. This work formed the base for a full evening performance THE DOG DAYS ARE OVER, which went into première on 20th of March 2014 in Frascati, Amsterdam and on 3rd of April in CAMPO, Ghent.

All Jan’s works explore the possibility of a perfect balance and symbiosis between storytelling and conceptualism. He is not trying to create a new movement language, but instead he molds and recycles existing idioms and places them in a different setting, so a new idea emerges. In his work the beauty of the incomplete human being stands up front, rather than to excel in choreographic complexity or physical virtuosity.