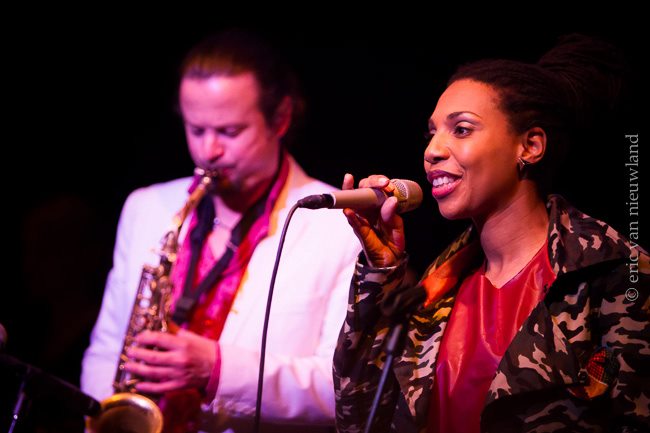 The May 12, 2015 launch of Caribbean Dreamers Live at Le Poison Rouge in New York City will showcase the artistry of Dutch Natascha Slagtand aka Tasha’s World.

On May 12, 2015 the Caribbean Dreamers Live launches at Le Poison Rouge in New York City and will showcase the artistry of Dutch Natascha Slagtand aka Tasha’s World.

Caribbean Dreamers was developed to give an inside look into the daily struggles and successes of the evolving entertainment industry from globe-trotting business moguls crossing continents promoting their art to brokering deals, extinguishing fires and starting some.
The concert series showcases the unique sound and talent of artists in a live setting. With New York, ‘the city that never sleeps,’ as the backdrop, concertgoers are transported to the Caribbean with live unfiltered music of the tropics in the form of Reggae, Soca, Calypso and Compa among others. To catapult the experience globally, the concert is streamed live via www.CaribbeanOneTV.com.

Rotterdam based singer Natascha Slagtand aka Tasha’s World has been surrounded by music all her life. Originally from Surinam, South America, her musical style is a blend of eclectic mixture of Jazz, Soul fused with elements of Hip-hop and African rhythms. However, her childhood musical memories, of artists she grew up listening such as Billy Holiday, Donny Hathaway and Quincy Jones has magical influence which echo’s in her style and performances.

As one of the unique artist selected for Caribbean Dreamers Live concert Series Tasha’s World bring a career spanning over a decade, that has been provide entertainment worldwide and receive numerous accolades for her out standing work. Tasha’s World has released three studio albums, won several awards including, the Essent Award (NL) 2002, The Silver Harp (NL) 2004 and the EMMA Award (UK) in 2003 for best World Music Production. Touring the World with her full live band appearing at renown venues such as “London Jazz café” New York’s “S.O.B’s”, “Ahoy Rotterdam”, “Asmara” Eritrea, the “North Sea Jazz festival” in the Hague, “NSJ” & “Cape Town Jazz festival” in Cape Town South Africa just to name a few.

As an established artist, Tasha always feel compelled to share her experiences with the new generation of artist. Known for her drive and passion, she started. “Harvest Me” Government funded program working with young talented artists in Holland. She also serves as a board member/advisor for several foundations and Music festivals.

Tasha’s World is currently recording her 4th studio album slated for released in late summer of 2015. This would be part of very special plans, to celebrate 15 years in the business “In Tasha’s World” #ITW, coming February of 2016.