Ted Noten is one of today’s most original, radical designers. His transparent acrylic bags – containing objects ranging from animals, jewels and cocaine to pistols – have seduced collectors, confused the establishment, inspired fellow artists and challenged students all over the world. Beauty and violence, perfection and decay: these are themes that have never been absent from his oeuvre since he made his famous pendant featuring a mouse wearing a pearl necklace. 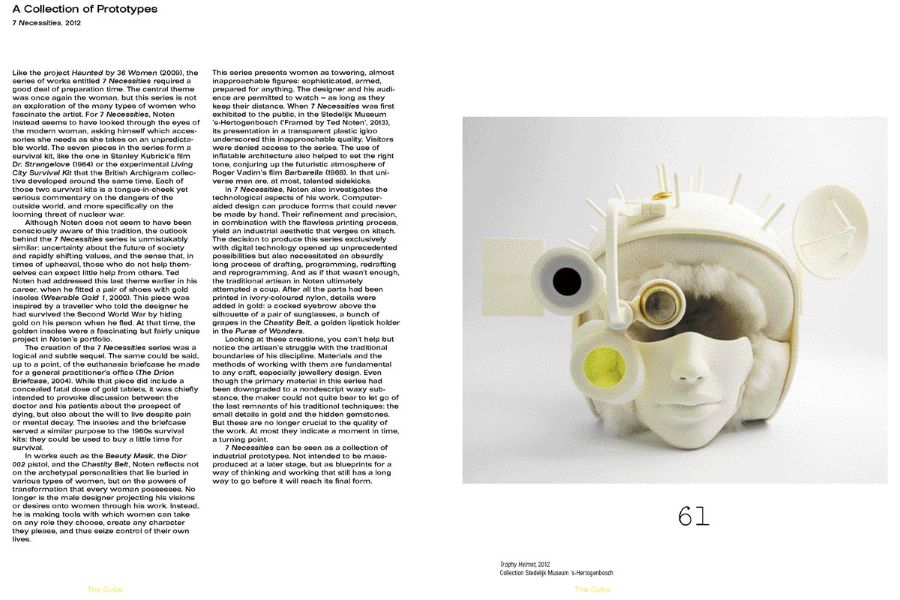 In his projects, Noten demonstrates a mastery of both the commercial arena and the art scene. He blends the idiom of the streets with the strict marching order of the catwalk, combining them in a way that simultaneously highlights the appeal and exposes the hypocrisy of museums, the world of fashion and bourgeois morality.

This book illustrates the pitiless precision of each separate design. At the same time it documents the immense playing field in which Noten operates. And it follows him to international museums and gloomy villas, symposia and ateliers, leading newspapers and video clips, academies and brothels. Through the eye of photographer Johannes Schwartz it provides intimate glimpses of his studio. The book is available HERE. 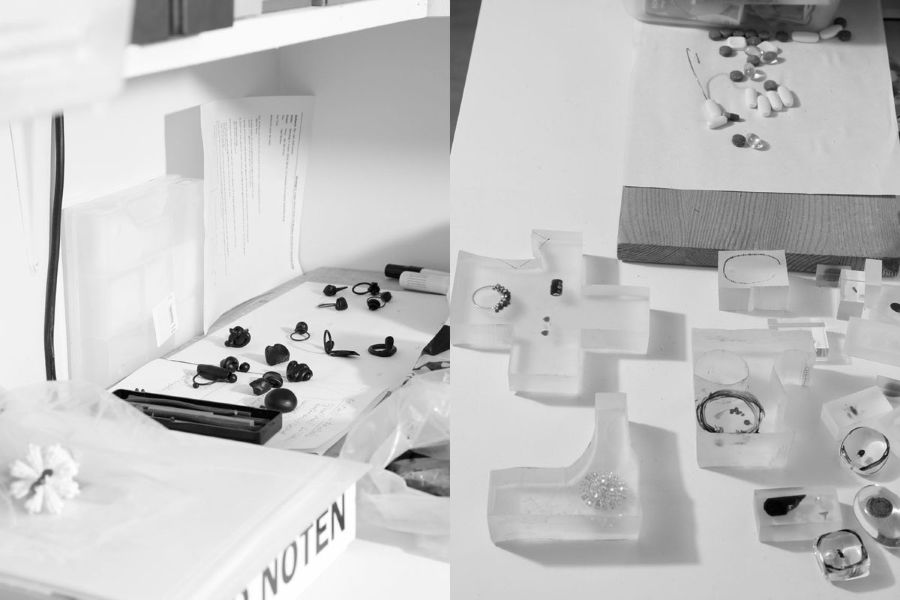 Ted Noten’s designs act as a critique on contemporary life and on the history of jewellery, as well as on the wider context of product design. Interestingly, his work equally relates to architecture. The underlying, recurring, theme of his work is to challenge convention and processes of habituation, the familiar and the unusual. His oeuvre gains in depth from his idiosyncratic response to the apparent familiarity of our daily surroundings, whether this be a market street in Amsterdam, the explosion of building construction in Shanghai, or a gang of road sweepers at work in a provincial town in Russia. By lifting symbols from their everyday surroundings and placing them in a new context, he doesn’t so much query the symbol itself as our perception of it. Ted Noten looks for fixed meanings in the banal and the cultivated. He debunks their essence, then reinvents them back into reality. In affecting and infecting symbolic values he actually reveals their unmistakable intangibility.

“Ted Noten Ubiquist” is published by nai010 publishers, which specializes in developing, publishing and distributing books in the fields of architecture, urbanism, art and design. Resulting from the merger of NAi Publishers and 010 Publishers as of July 2012, nai010 publishers is the largest internationally orientated Dutch publisher in the fields of architecture, art, photography and design.