From October 20 to November 20 the exhibition “Drawer’s Delight – 3 decades of new & unearthed treasures” by Ted Noten will be on view at Ornamentum Gallery in New York. 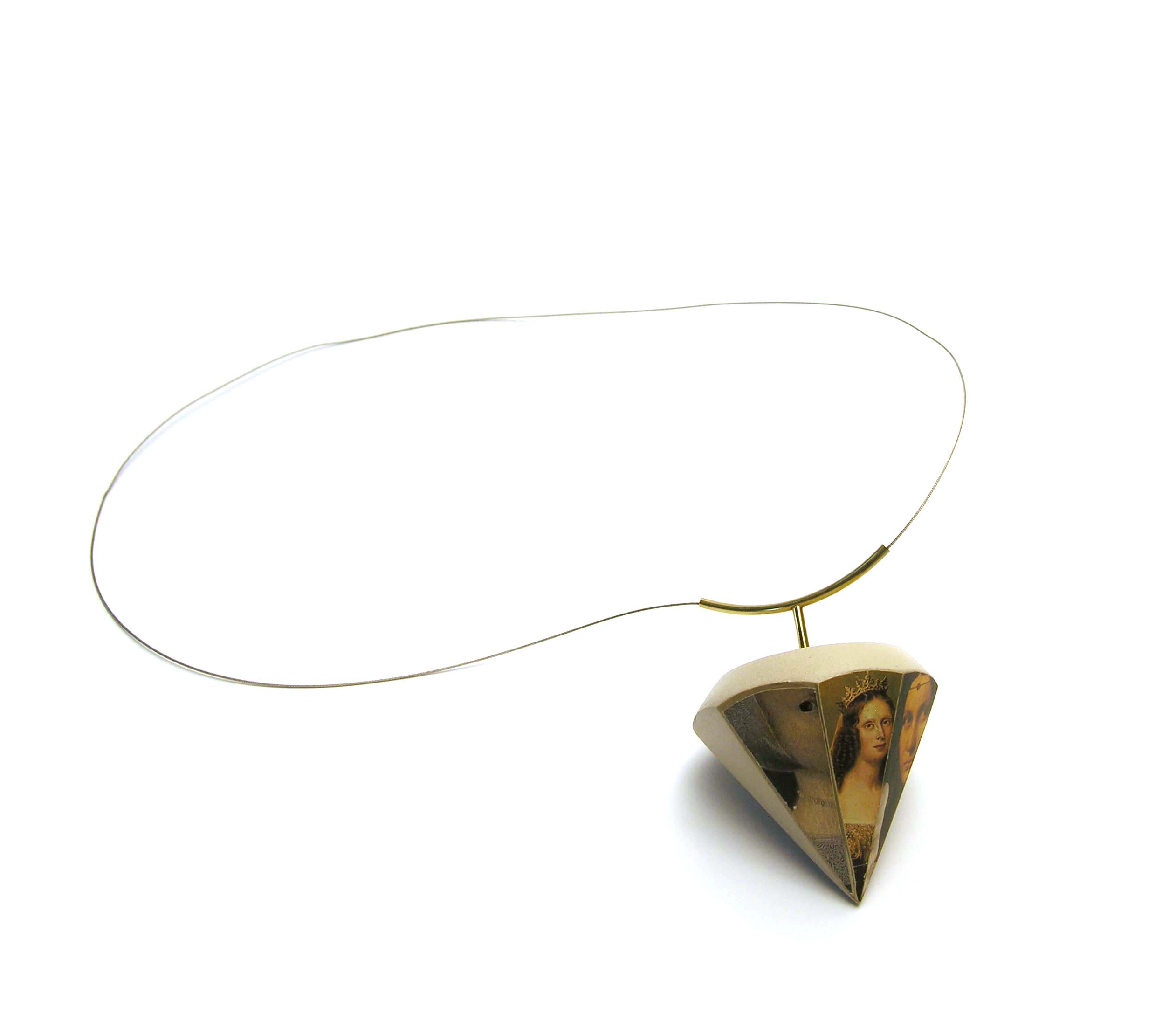 Stunning new sculptures in acrylic; Noten’s iconic handbag forms and “Drawers” build narratives from the items encased within, together with wearable works from the artist’s personal collection- treasures spanning almost 30 years, unearthed by Noten during a recent move from his studio of 25 years with specific works picked by Laura Lapachin and Stefan Friedemann of Ornamentum. The selection represents key positions from Noten’s artistic development. Each example was chosen as a marker of an important chapter in his personal narrative. 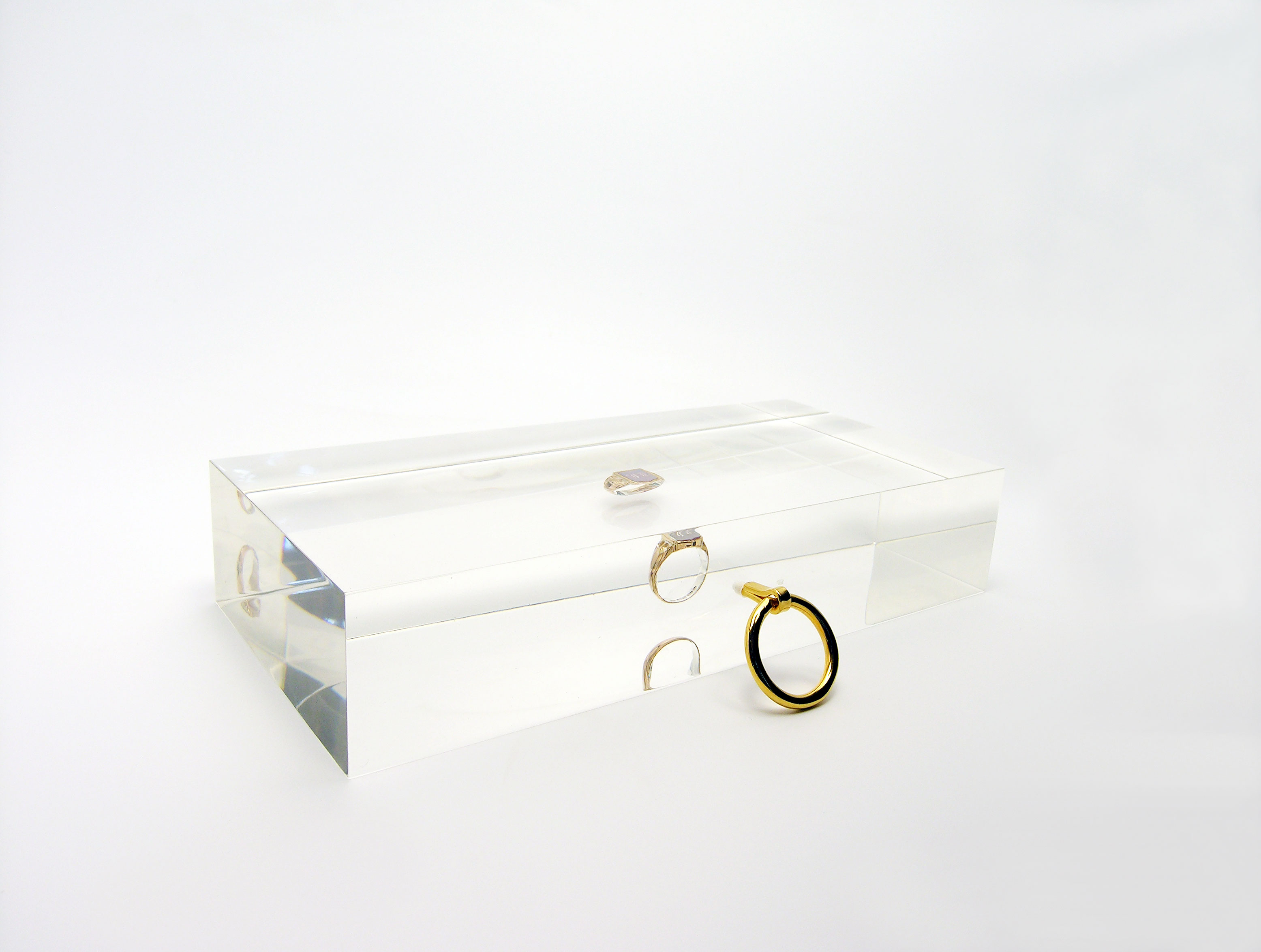 In an experience akin to finding lost treasure, the artist was reunited with many works from his personal collection, unpacked during the fore-mentioned studio move. With a solo gallery exhibition already in planning, Ornamentum gallery seized this opportunity to use the exhibition to ‘tell the story of Ted Noten’. Groups of older works showing Noten’s development over the years are on exhibition, including a series of diamond formed pendants (1990) made during his studies at the Rietveld Academy and intuitive wearable ‘sketches’ that show the young artist working to find his aesthetic voice as well as a group of religious symbol rings- references frequently found in his later works. 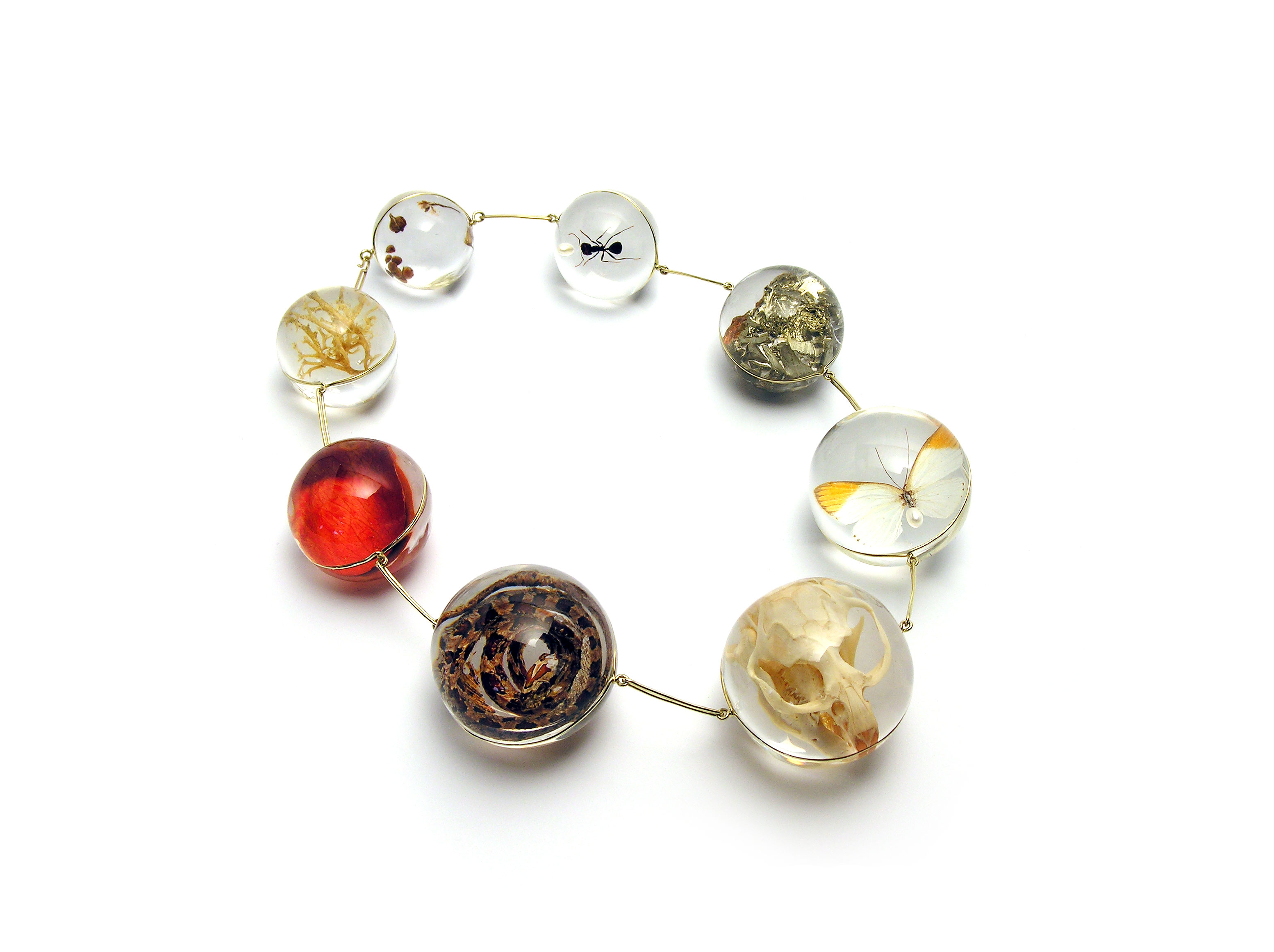 Alongside the young works, several ‘Tour de Force’ masterpieces can be found within Drawer’s Delight… a pendant titled Self Portrait of a Chronically Diseased Man (2000) contains the artist’s daily dose of medications after a tumor led to the removal of his pituitary gland, and Turbo Princess, (1995) a groundbreaking pendant of a mouse wearing a pearl necklace encased in acrylic, indisputably one of the single most recognized works in the conceptual side of the contemporary jewelry realm worldwide. Two stunning new necklaces and several of Noten’s iconic acrylic handbag sculptures are exhibited with their most recent iteration- “Drawers” that function with more of a sentimental reverence to the items visible within than the bags (and suitcases) which refer more to the psyche of the supposed carrier. Additionally, Noten’s intriguing take on wedding ring alternatives is present… gold bands, each cast within their own block of acrylic to keep as a reminder on your mantle or end table, or a golden crown ring sliced in half to create two separate rings that make a whole when they are placed together, shown alongside a number of intriguing individual smaller works. 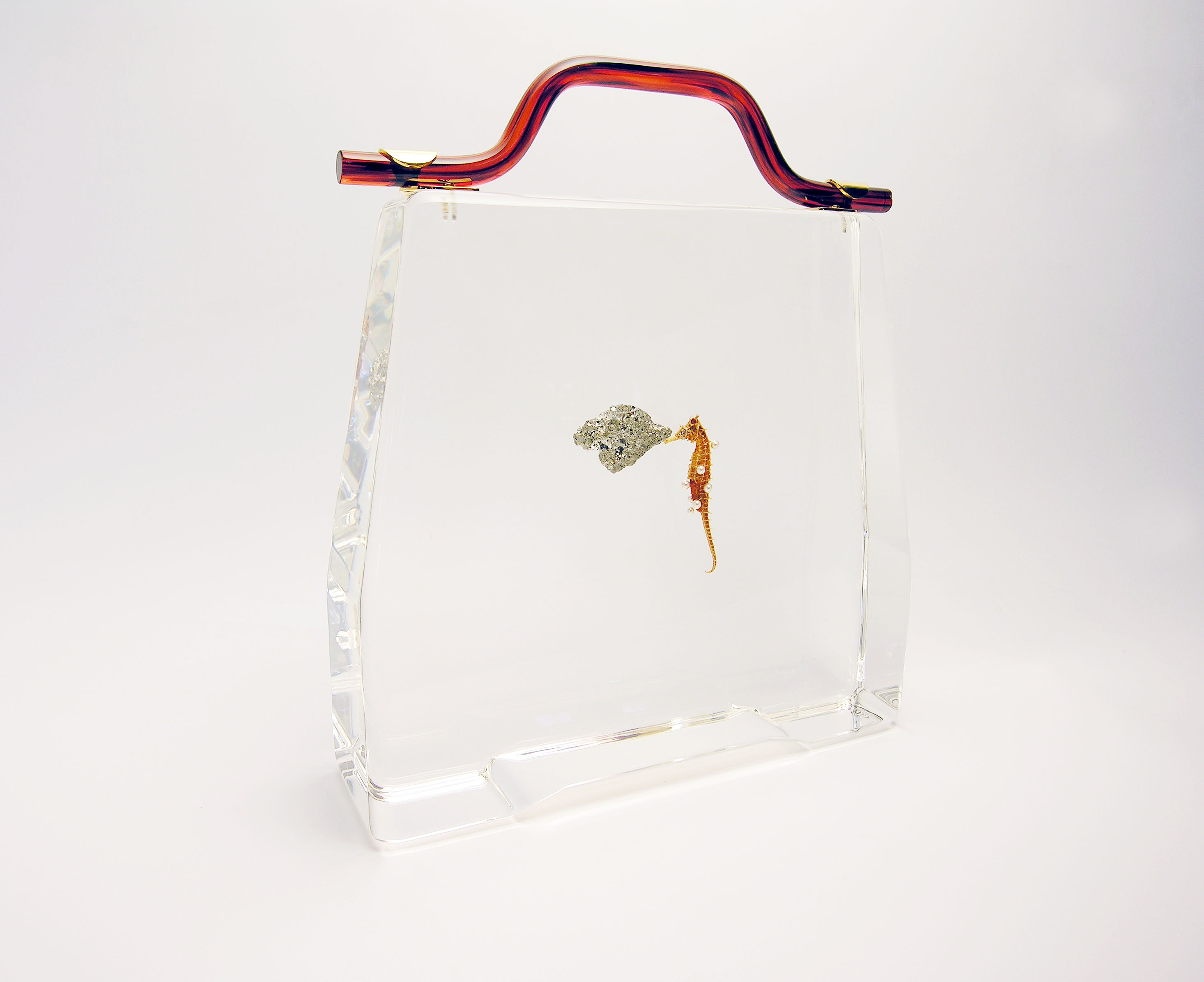 Peering through Noten’s acrylic works can be seen as looking into the artist’s soul… each composition a self-portrait of sorts. Poetic beauty is found within juxtapositions of oddly intriguing, sometimes distasteful elements such as a spoon sculpted of meat entrapped for eternity in contemporary amber. Viewing Noten’s oeuvre within Drawer’s Delight allows the observer to get to know him on a level beneath the surface, yet we are teased with these invitations. Left intentionally vague, each leaves us curious to delve further. Ted Noten is known to cross seamlessly between the world of design and fine art, and his resume is graced with major museum exhibitions: including at the Stedelijk ‘s-Hertogenbosch (2013) and Museum Boijmans van Beuningen, Rotterdam (2006 & 2015). Noten’s work is found in a multitude private and public collections worldwide, and his work has been a huge draw for collectors and press alike during 10 years of exhibiting at Ornamentum at Design Miami and other prestigious design fairs, finding its way into notable publications such as the New York Times and Art News with work entering the collections of notable fine art collectors.

Ted Noten’s designs act as a critique on contemporary life and on the history of jewelry, as well as on the wider context of product design. Interestingly, his work equally relates to architecture. The underlying, recurring, theme of his work is to challenge convention and processes of habituation, the familiar and the unusual.

His oeuvre gains in depth from his idiosyncratic response to the apparent familiarity of our daily surroundings, whether this is a market street in Amsterdam, the explosion of building construction in Shanghai, or a gang of road sweepers at work in a provincial town in Russia. By lifting symbols from their everyday surroundings and placing them in a new context, he doesn’t so much query the symbol itself as our perception of it. Ted Noten looks for fixed meanings in the banal and the cultivated. He debunks their essence, then reinvents them back into reality. In affecting and infecting symbolic values he actually reveals their unmistakable intangibility.

Many of his most recent works are parts of larger projects in which Noten investigates familiar themes like violence, mortality, greed, love, and aging. But he also turned his attention to the means of production that is not only influencing contemporary notions of mass production, but also the domain of craftsmanship. The attempt to include reproductions (and even reproductions of reproductions) into his body of work seems to point to a new direction in his designs, and in contemporary culture as a whole.

Next, to his design work Noten teaches and lectures all over the world.