Teknopolis at BAM with Cinekid 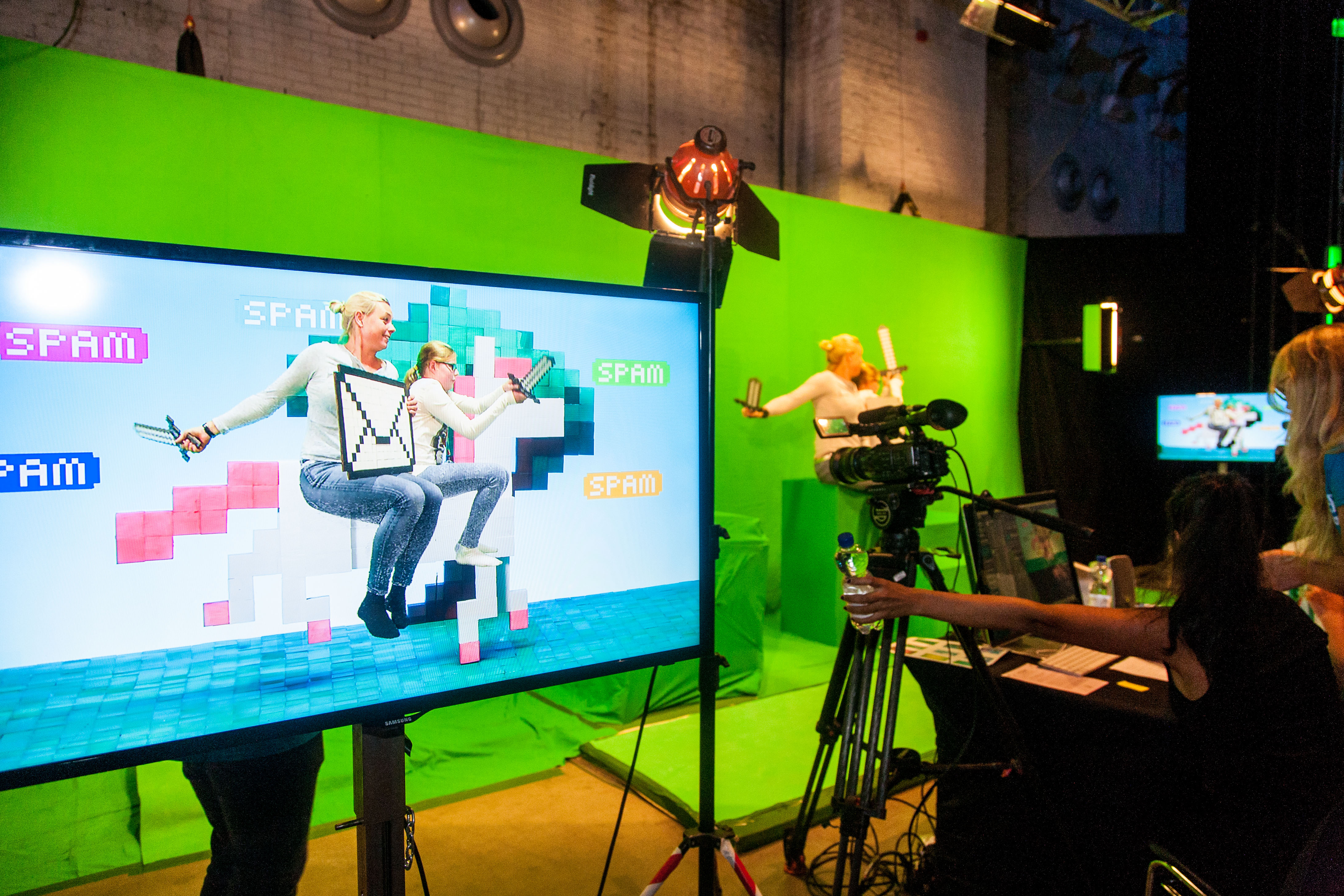 The interactive, multi-space digital art showcase Teknopolis returns to BAM in Brooklyn from February 24th to March 11th. During the two-week digital playground, “Storymaker” by Cinekid will allow participants to become both director and actor in their own interactive live action and animated short film. “Storymaker” was created in close cooperation with 25 final-year students from AKV|St.Joost in the Netherlands.

Cinekid is invited by BAM to present the Cinekid Storymaker at the 2018 edition of Teknopolis., BAM’s second tech takeover featuring four floors of immersive stories, digital music-making, liquid visuals, and so many more ways to combine code and creativity, art and technology.

In Storymaker, visitors become both director and actors in their own interactive film. Individuals or pairs of participants can select three scenes from a series of Minecraft-inspired animations to create their unique story. Participants are provided key scene objectives and props to complete each part of the story (against a green screen), but have plenty of room to improvise. Once filming is complete participants will get to immediately enjoy the premiere of their new film.

Storymaker was created in close cooperation with 25 final-year students at AKV | St. Joost Academy in the Netherlands. Storymaker’s system was originally called Leap in the Deep and won the Cinekid New Media Audience Award in 2012.

For Cinekid the collaboration with BAM is an excellent example of the festival’s wish to explore and increase international activities and relations. Festival Director Floor van Spaendonck: ‘As an international festival we yearly bring a selection of high quality media from all over the world for children to the Netherlands. In return I’m honored that Cinekid is increasingly bringing Dutch media abroad as well. We are very excited to be present at BAM Teknopolis festival, as we both aim for a high quality media approach.’

Teknopolis takes place from 24 February till 11 March at the Fisher Lower Lobby of the Brooklyn Academy of Music. More information can be found online through the website of BAM.

Started 30 years ago, Cinekid began as a cultural initiative for theatre and as a conference centre in Amsterdam called De Meervaart. It was in the same year that Dutch cinema for young audiences made its mark internationally with titles such as The Assault, Abel and Flodder. The necessity for a greater focus on media for children in particular had been set into motion with the Berlin film festival starting a subdivision for children’s films and subsequently the first film festivals for young audiences emerged.

The digital world becomes your stage in this immersive intersection of art and technology. Dance with light, conduct with code, drop your latest synth track, and explore new horizons of virtual reality though four floors of interactive digital experiences. Teknopolis returns for year two by popular demand, featuring a whole new roster of works by boundary-pushing digital artists.