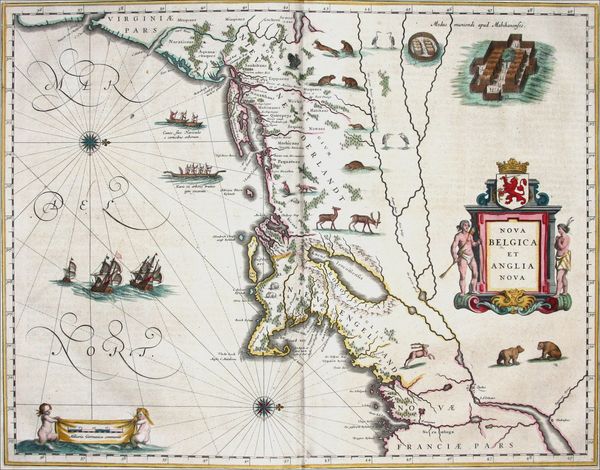 For the first time, the Annual Conference of the New Netherland Institute will take place in the state of New Jersey. The conference and its companion events will take place from September 22 until September 24 at the New Brunswick Theological Seminary.

Located between the Hudson and Delaware Rivers, New Jersey has often been neglected in favor of more dramatic developments to the east and west. However, as the site of Pavonia, an early patroonship with major agricultural potential, and as the geographic connection between New Amsterdam and the Delaware River settlements, the Garden State’s seventeenth-century origins well deserve our attention.

The conference and its companion events will take place over three days, beginning on Thursday the 22nd of September and concluding on Saturday the 24th. Friday morning’s session will explore the trials and tribulations of the early years of Dutch colonization in the region, with the afternoon session exploring the survival of Dutch heritage in New Jersey following the final transfer to the English. The program will be enriched with two additional sessions on Saturday morning, beginning with a panel discussion with NNI’s Emerging Scholars on their decision to study New Netherland. The morning will conclude with an edifying session on Dutch fortifications in New Netherland.

The banquet will feature a talk by Elizabeth Bradley, the author of Knickerbocker: The Myth Behind New York, a cultural history of New York’s first mascot.

Daniel K. Richter, University of Pennsylvania
“‘Who Needs a House Out in Hackensack?’ Native People and Dutch People West of the Hudson”

Kate Lynch, Indepedent Scholar
“There will be a College called Queens in our Province of New Jersey

In this session, Elizabeth Covart, independent scholar and host of the popular podcast “Ben Franklin’s World,” will moderate a panel with three of NNI’s Emerging Scholars in which they will discuss why they chose New Netherland as their field of study.