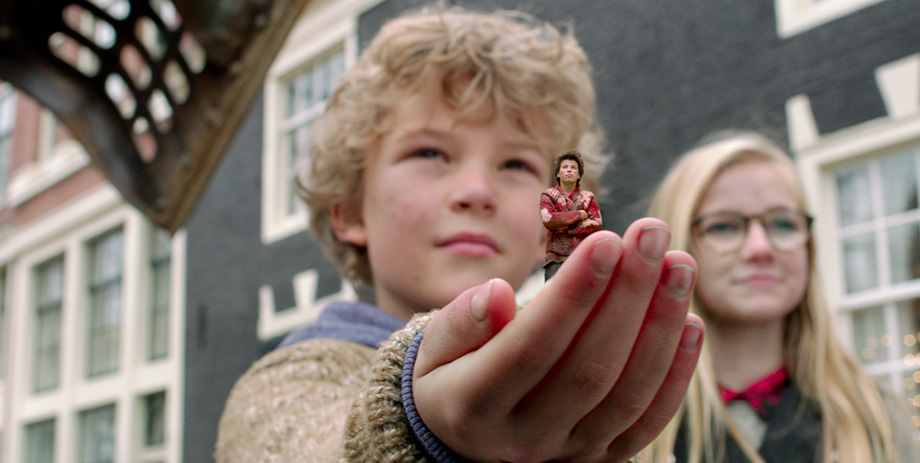 From 15-18 January, The Amazing Wiplala is part of Belmont World Film 2016, the 13th Annual Family Festival

From 15-18 January, The Amazing Wiplala is part of Belmont World Film 2016, the 13th Annual  Family Festival. The film is screened on January 16 at 12:30 at The Regent Theater, Belmont.

Life at home is a struggle for nine-year-old Johannes: his mother has recently passed away, his father is preoccupied, and his older sister simply has no time for him. Then one night Johannes discovers Wiplala, a little man with magical powers who lives in the kitchen cupboard. The lonely Johannes is thrilled to finally have a friend all his own — that is, until one of Wipala’s spells accidentally shrinks Johannes and his entire family down to just four inches tall! Wracked by self-doubt, the well-intentioned Wiplala must figure out a way to return everyone to normal size — but first, he must learn that there is no greater power than believing in yourself. Based on a popular Dutch children’s book, this action-packed adventure will delight the whole family!

Belmont World Film (BWF), a nonprofit corporation, promotes cross-cultural understanding through film screenings accompanied by discussions led by expert speakers, cultural performances, and ethnic cuisine. This format distinguishes BWF’s screenings of international feature films, documentaries, animation, and shorts from traditional film presentations. BWF began with the premise that foreign-language film can not only be a vehicle for hearing another language in action, but it can also foster an emotional understanding of other cultures.

BWF presents an annual international film series in the spring, several weekend-long Family Film Festivals, and other special events throughout the year. We work with local and international organizations involved in global issues in an effort to heighten awareness and encourage people of all ages to think about making a difference in the world.

Since the first series in Spring 2002 (with a sold-out screening of Kandahar featuring a Q&A with Afghanistan Prime Minister Hamid Karzai’s sister Fozia) films have been shown from such familiar European countries as the UK, France, Germany, Scotland, Italy, Belgium, and Finland, as well as less familiar countries, such as Bhutan, Bulgaria, Romania, Cuba, Bolivia, Iraq, Mongolia, Iceland, Singapore, and Luxembourg. Other speakers have included UN envoys, international filmmakers, academic experts on international relations, languages, and humanities, journalists, film stars, and documentary film subjects. BWF has also provided a forum for organizations to raise money for and awareness of many causes, some of which include The Sudanese Education Fund, the Chinese orphanage program Half the Sky, the South American Little Angels of Columbia for homeless elders, PH15 (a photography program for children and adolescents from the poorest sections of Buenos Aires, Argentina), Camfed International, the Peace Corps, and widows of Rwandan genocide.