‘The Ark’ By Jongsma + O’Neill At Tribeca Film Festival 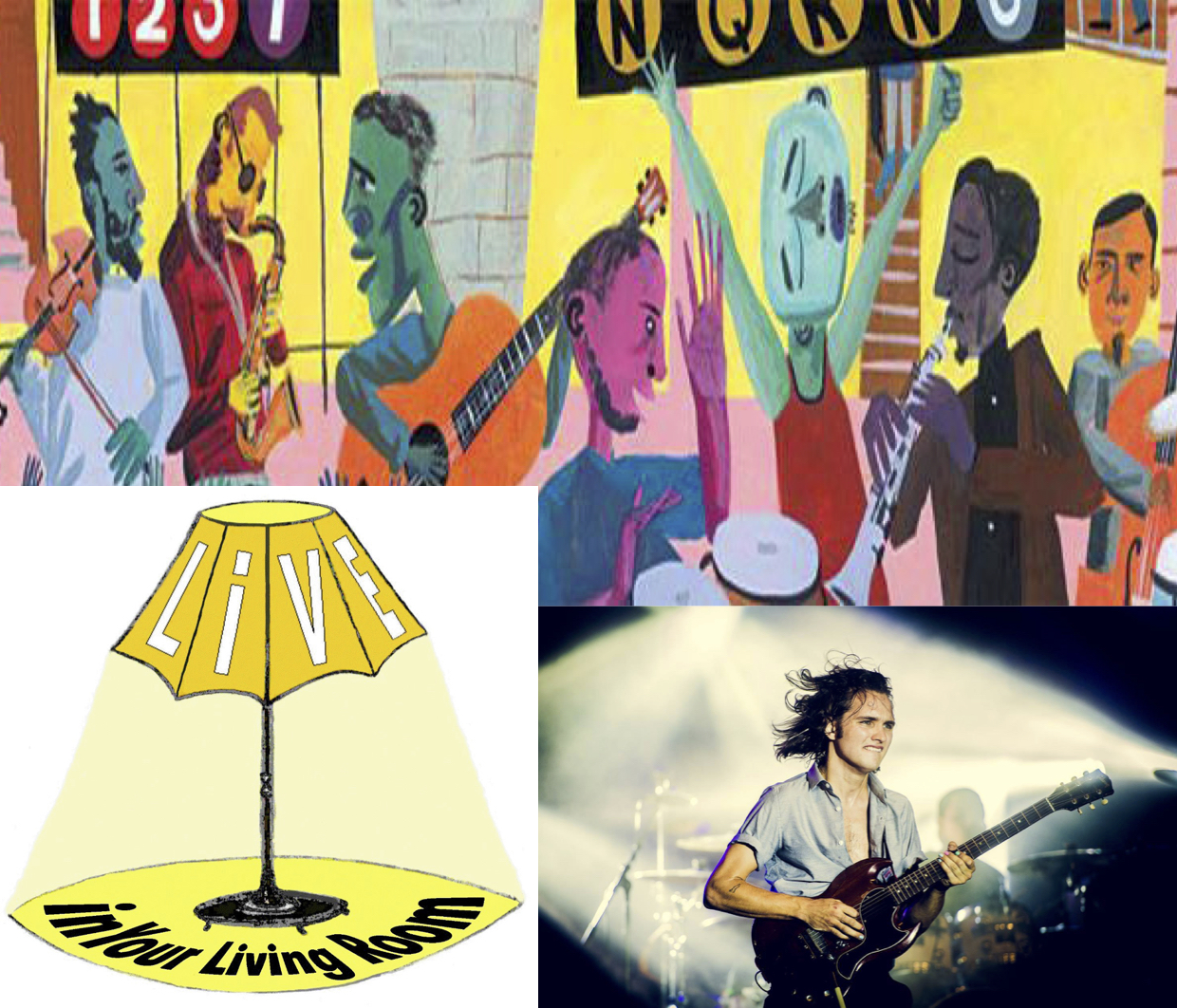 'The Ark', a documentary about saving the northern white rhino, will be screened at this years Tribeca Film Festival.

Dutch-American filmmaking team Eline Jongsma and Kel O’Neill will launch their long-awaited virtual reality documentary ‘The Ark’ at the Tribeca Film Festival in April, where it will be one of only five VR pieces featured at this prestigious event. Shot in California and Kenya, The Ark is a ground-breaking VR experience that uses cutting-edge technology to place users eye-to-eye with the last remaining northern white rhinos on the planet. Get your last minute tickets here.

“The Ark is an incredibly urgent project,” explains Jongsma, whose most recent documentary with O’Neill, POV Digital’s ‘Empire’, was nominated for an Emmy in 2015 . “These animals have been dying at an alarming rate. When we began work on The Ark two years ago, there were seven northern white rhinos left in the world. Today, there are only three.”

The Ark tells the parallel stories of two scientists on opposite sides of the world who have committed their lives to saving the rhino, despite long odds. In the US, geneticist Dr Jeanne Loring transforms rhino skin cells harvested at the San Diego Zoo into powerful stem cells that will in time be used to make sperm and eggs. Her plan to save the northern white rhino—part Jurassic Park, part in vitro fertilization—shocks some, but it may provide the only longterm hope for the species’ survival. Meanwhile, in Kenya, Dr Stephen Ngulu tends to the health of the last remaining rhinos on the Ol Pejeta Conservancy. These rhinos are further protected by a 24-hour-a-day anti-poaching squad armed with  shotguns and assault rifles—an image that recurs throughout the documentary, reminding viewers of the fragile position these lonesome creatures occupy in our dangerous world.

This fragility became very real to Jongsma + O’Neill in November 22, 2015, when Nola, a rhino they had filmed for the project in San Diego, died of a bacterial infection. “Eline and I have, in a very real way, become witnesses to the northern white rhino’s extinction,” says O’Neill. “If scientific efforts to save the rhino aren’t successful, we hope ‘The Ark’ can give future generations a way to experience what it was like to be in the presence of these animals.” 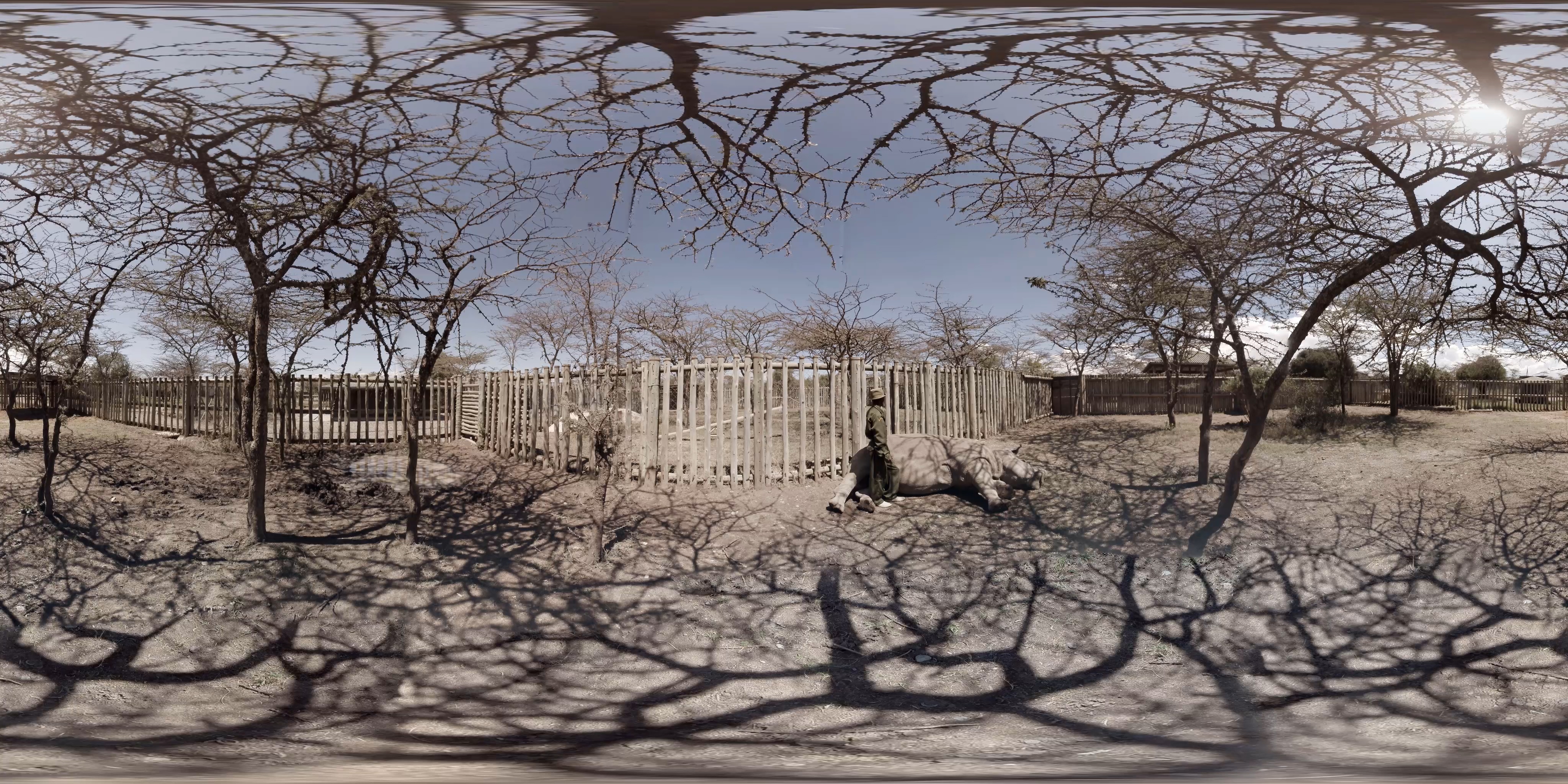 Production on ‘The Ark’ was made possible by a highly successful Kickstarter campaign, and by the support of the Tim Hetherington Trust, who conferred their inaugural Visionary Award on Jongsma + O’Neill in early 2015. The $30,000 award was created to support artists who carry on the spirit of risk-taking experimentation embodied in the work of legendary conflict photographer and documentary filmmaker Tim Hetherington (1970-2011). “As a piece of filmmaking, The Ark is like nothing I’ve ever seen,” explains Stephen Mayes, Executive Director of the Tim Hetherington Trust, “and yet I see resonances of Tim’s perspective on the world in both its form and content. Tim dedicated his life to finding more effective ways to engage viewers, exploring major issues by revealing common experience and immersing us deeper in our shared world. Jongsma + O’Neill have grabbed the baton with this important project.”

Eline Jongsma & Kel O’Neill (aka Jongsma + O’Neill) are a married Dutch-American filmmaking team working at the intersection of documentary, art, and technology. They spent 2010-2014 traveling more than 250,000 kilometers through 10 different countries while making ‘Empire’, their Emmy-nominated, Webby-honored interactive documentary about the legacy of Dutch colonialism. In 2015, they won the inaugural Tim Hetherington Visionary Award for their virtual reality film ‘The Ark’, which tells the story of an international coalition of scientists attempting to save the most endangered species on the planet. They are currently collaborating with POV Digital and Submarine Channel on ‘EXIT’, a mobile storytelling experience about parenthood and the apocalypse. Their work has been exhibited by such world-renowned institutions as Lincoln Center, REDCAT and the Stedelijk Museum Bureau Amsterdam, and has appeared at the New York Film Festival, the Tribeca Film Festival,  the International Documentary Film Festival Amsterdam, The Los Angeles Film Festival, and South by Southwest. They have have received grants and funding support from numerous institutions including the NEA, the European Cultural Foundation, the Knight Foundation, and the Mondriaan Fund. In addition, they are contributors to Vice, De Correspondent, PBS.org and the Creators Project. They also work as immersive media consultants for clients such as The Economist and Film Independent. They live in Los Angeles with their daughter Isadora.

‘The Ark’ will be presented as part of Tribeca’s prestigious Storyscapes program, which opens to the public on April 14, 2016. The project was conceived, directed and edited by Jongsma + O’Neill, and produced by Brandon Zamel and Katie Thompson of the Los Angeles-based virtual reality studio Springbok Entertainment. More information about the Tribeca Film Festival can be found HERE.