Asya Geisberg Gallery presents “The Brazilian Suitcase”, the latest solo exhibition of photography by Jasper de Beijer. A travelogue of imaginary expeditions in search of a lost civilization in the Amazon, the work is a blend of meticulous research, fictionalized narrative, staged photography, and virtual reality. The series expands on the Dutch artist’s familiar themes of the complex interaction of colonialism, “noble savages”, and the inevitable corruption and intermixing of opposing cultures. The Brazilian Suitcase consists of three distinct sets – black and white footage stills, smaller color works, and large color landscapes, with each series describing fabricated events occurring in 1926, 1979 and 2016. 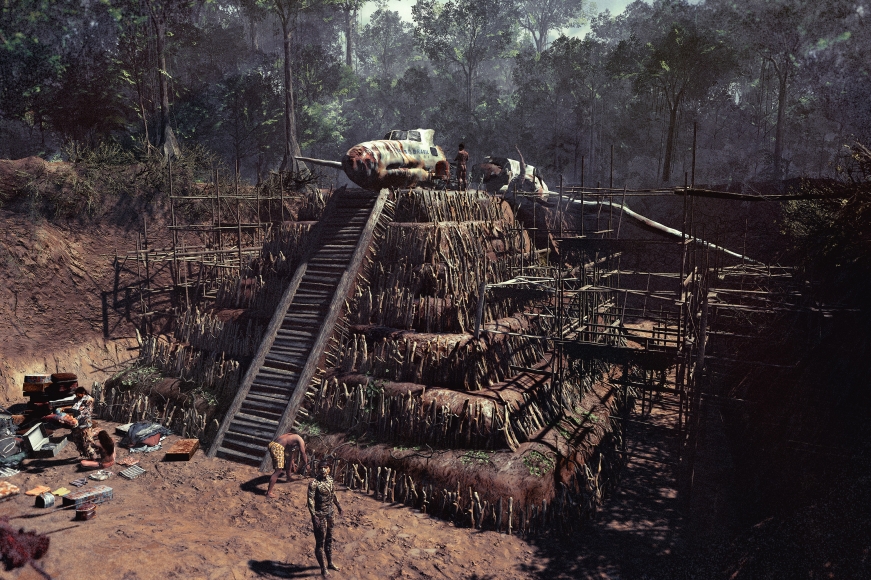 In this time span of 90 years, De Beijer focuses on encounters between Western explorers and the native residents of the Brazilian jungle that show how both groups project their fears and desires onto each other, feeding carefully constructed myths. The expedition members, in their endless quest for the mystery of a lost civilization, leave a blueprint of traces in the forest; and in kind, each object, story, ritual or habit imported from the Western world becomes assimilated in the tribe’s mythology. The mutation that takes shape creates a distorted echo of Western culture. Eventually, lush nature engulfs everything, as the jungle erases historical specificity. 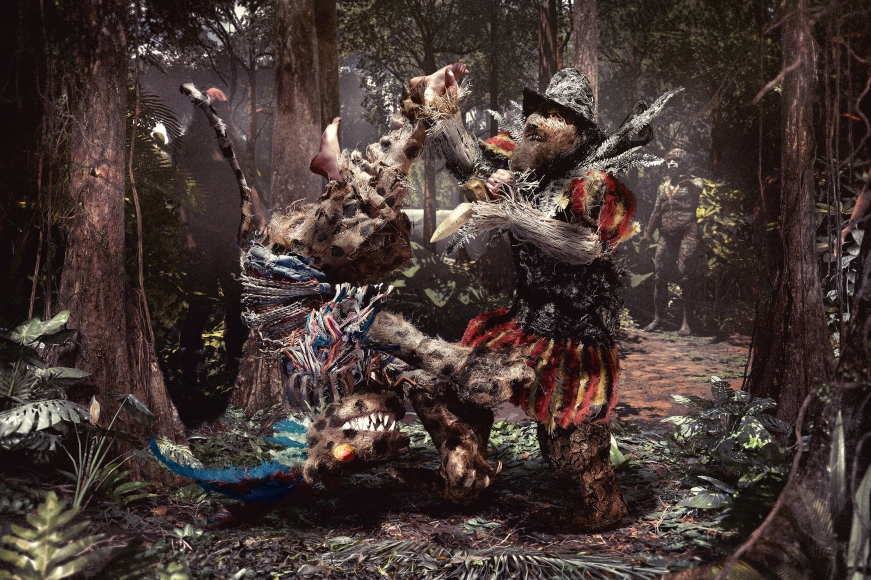 Based on numerous reports of explorers, anthropologists, and documentary filmmakers, the artist uses photographs and videos shot during his trip to the Amazon rainforest, combined with objects made in his studio, computer-generated images, and archival footage of real expeditions. The constant back-and-forth between the “real”, touched by the artist’s hand, and the imaginary, created via the magical alchemy of the computer, parallels the conceptual time-shifts and culture-clashes in The Brazilian Suitcase. 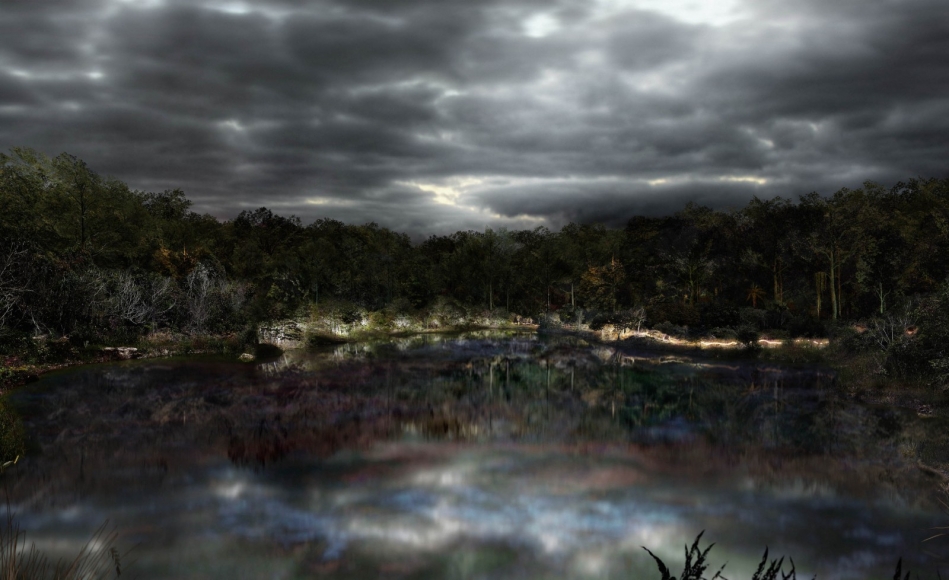 De Beijer shows us an endlessly repeating mechanism where it is impossible to escape one’s own point of view. Perception itself creates a blind spot, as the need to look beyond oneself becomes a necessity. Without didacticism, De Beijer’s rich oeuvre gives a poetic and enigmatic story that mirrors what we could find in any historical era, but especially now as labels and origins grow increasingly useless as markers or explanations.

Jasper de Beijer was born in Amsterdam, the Netherlands, in 1973. In 1992, De Beijer enrolled at the Amsterdam School of the Arts, from which he graduated in 1996. He went on to attend the final year of the Autonomous Design program of the Utrecht School of the Arts, where he graduated in 1997. During his time at the academy, De Beijer was a fanatic freehand sketcher, and this was also when the artist first started using scale models and carefully assembled tableaux as material for drawings and paintings.