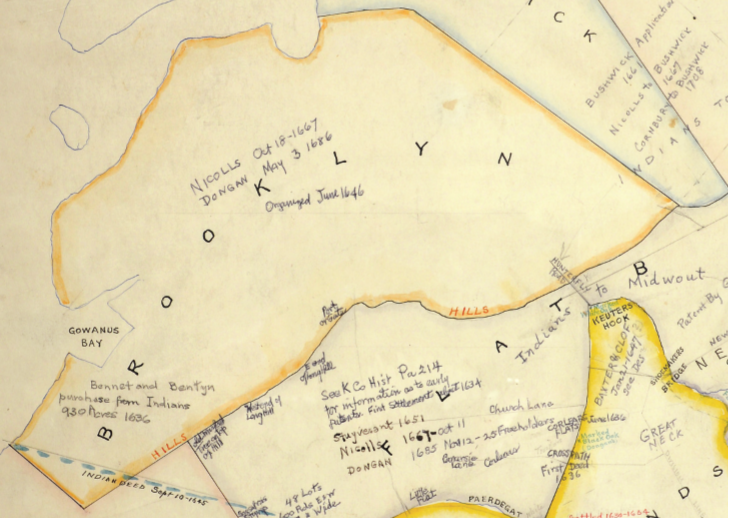 'Dutch Breukelen: Where Brooklyn Began' is the new curriculum developed by the Brooklyn Historical Society. It's focused on the Dutch colonial experience in Brooklyn and will help students learn and think about this important aspect of New York City history.

‘Dutch Breukelen: Where Brooklyn Began’ is a curriculum developed by the Brooklyn Historical Society. It’s designed for grades 2 – 8 that transforms the classroom into a learning lab about seventeenth-century Brooklyn. With primary sources including maps, diaries, cookbooks, account ledgers, and drawings, ‘Dutch Breukelen’ contains resources and prompts that will spark and engage the curiosity of any New Yorker or Brooklyn-lover about the early colonial origins of New York’s most populous borough.

The history of the Dutch colonial period in Brooklyn covered in this curriculum (1636-1664) offers learners the oppurtunity to investigate case studies of Brooklyn’s five original Dutch towns: Breukelen (Brooklyn), Boswijck (Bushwick), Nieuw Amersfoort (Flatlands), Midwout (Flatbush), and New Utrecht (Nieuw Utrecht). These investigations have broad resonance about power-laden interactions in the communities of the New World. The topics included will address formative questions, including:

The curriculum is free to use, you can download it HERE.