“The Chromatic Dinner” Comes to Seattle

On September 9th through 14th, Martin Butler and Alexander Gershberg will host "The Chromatic Dinner" in Seattle, WA

On September 9th through 14th,, Martin Butler and Alexander Gershberg‘s neo-futurist “The Chromatic Dinner”, a monochromatic, audio, visual, olfactory and culinary experience which plays with all the senses, will come to three locations in Seattle, WA.

In Roman times, the art of dining incorporated all the known senses to create a total gastronomic experience. In accordance with the ancient experience of dining, the Futurist Movement at the beginning of the 20th century experimented with sensational gastronomy. The most famous being the Futurist Dinners of Italian poet Filippo Tommaso Marinetti.

Almost 90 years later, Mediamatic in Amsterdam invited artist and director Martin Butler and vegan chef Alexander Gershberg to develop a concept for a neo-futurist dinner. An eating experience whose aim is to re-think the way in which the world of food, art and science come together, resulting in an unexpected multi-sensory dinner. 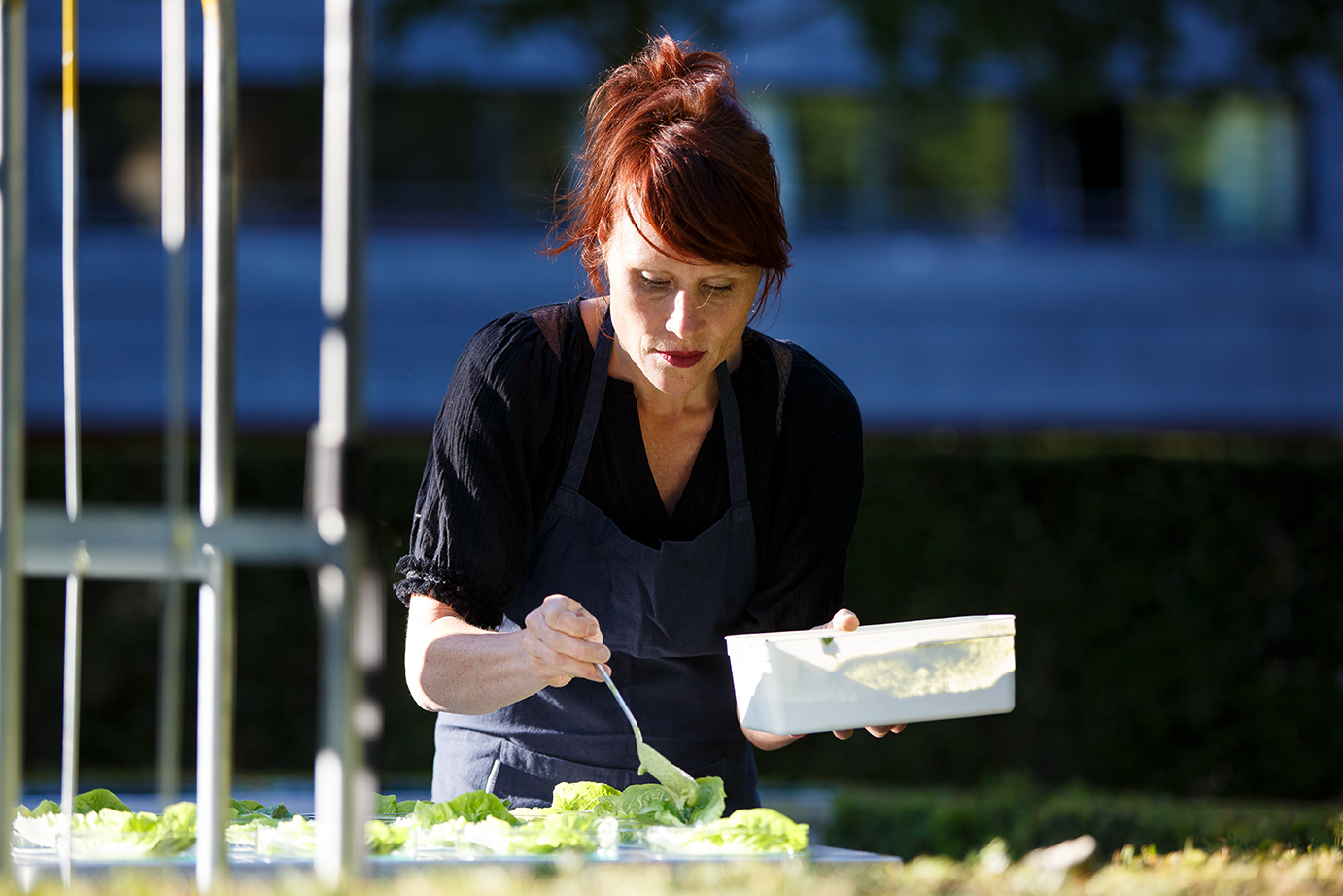 Inspired by the ideas of Kandinskys’s principles of Klangfarben and the influence of the Chinese five elements: Tree, Fire, Earth, Metal, Water, each course is created in accordance to the color and underlying design principles of each element. Each course is designed in a different color, taste, smell, texture, and sound to create a five-course chromatic dining experience that matches western design with eastern philosophy.

The project’s research stems from studies in Synesthesia, a perceptual condition in which the stimulation of one sense triggers an automatic, involuntary experience in another sense. The project asks the question: If color can create emotion, can that emotion and color be enhanced by combining it with other senses?

Part of the ongoing investigation is to see how a combination of these senses can create different emotional and social responses from the guests through the course of the evening and heighten the gastronomic experience. Het Nieuwe Instituut supports the project by commissioning new unique design pieces from Dutch designers: Cedric van Parys, Funda Baysal, David Derksen and Mae Engelgeer which are included into the concept of the dinner. 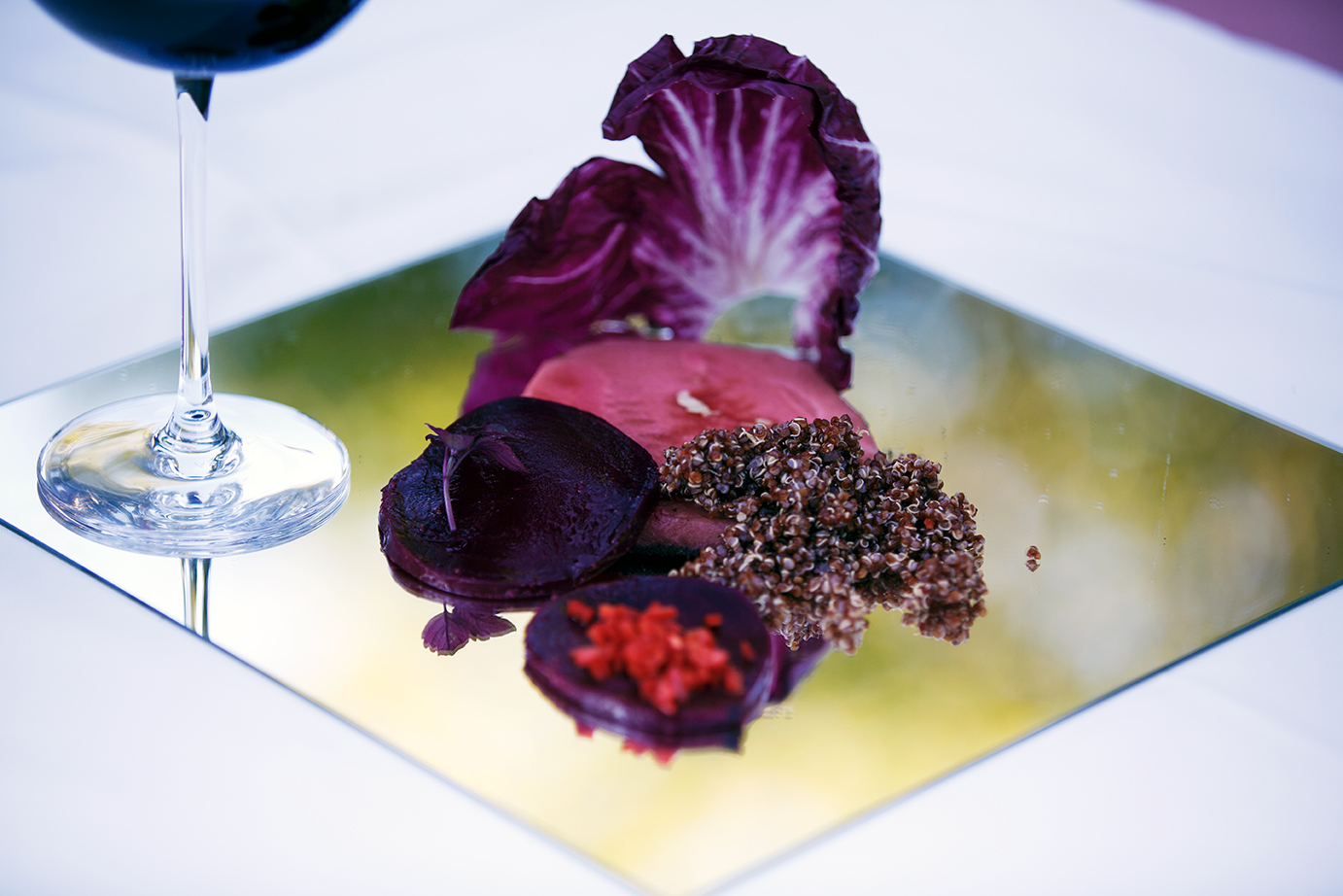 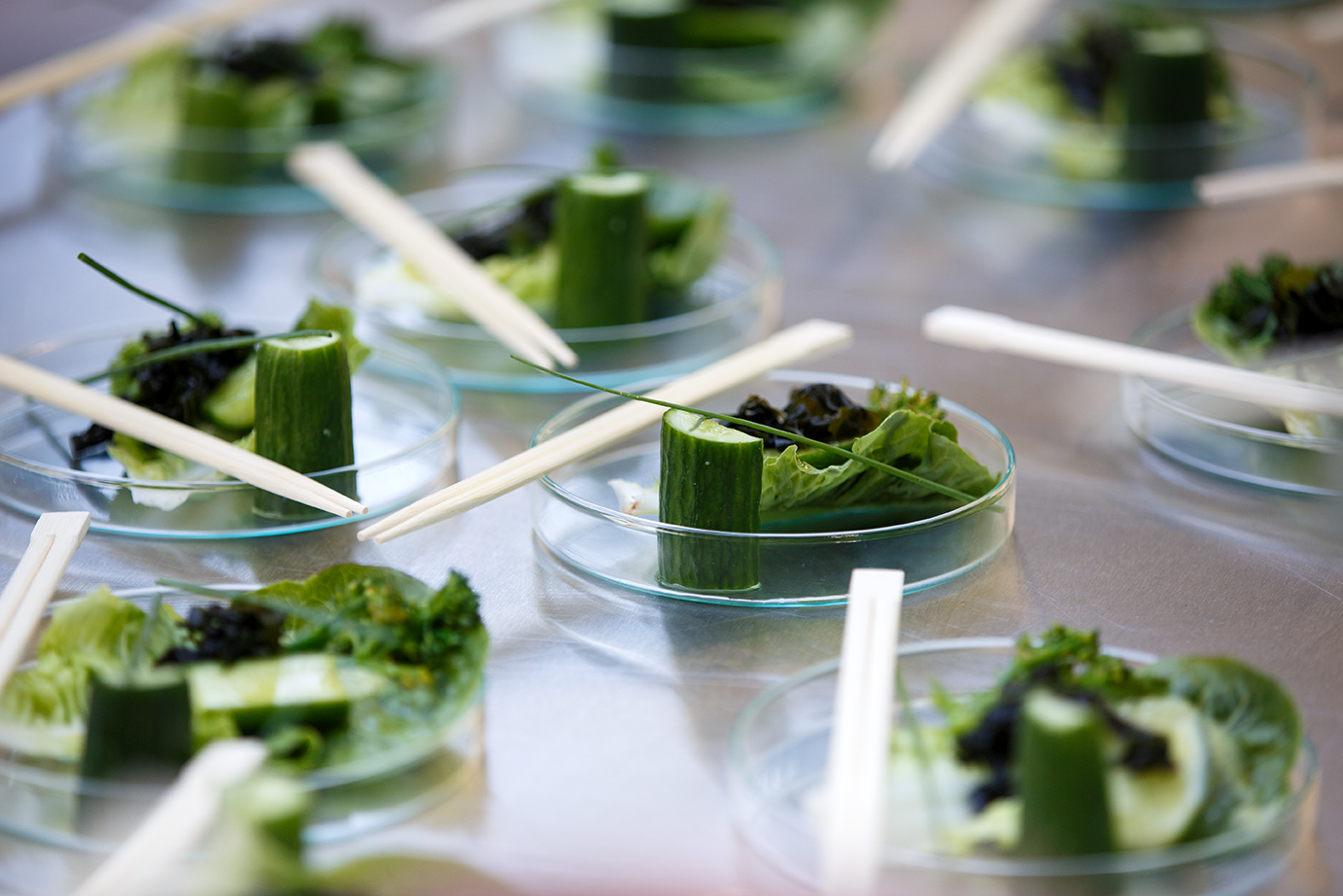