‘The Humans’, a production by Witte de With Center, will be performed at BAM 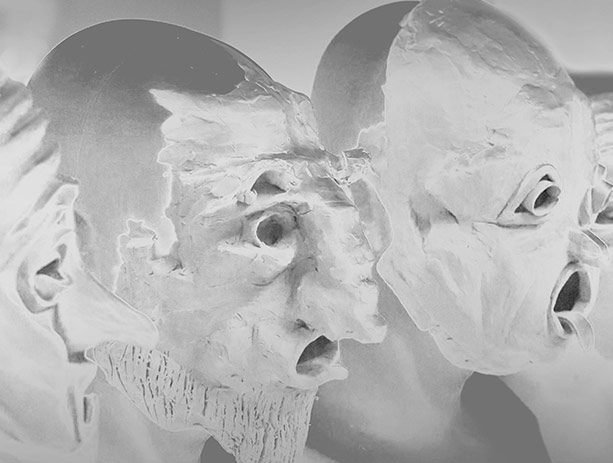 From November 13 till 17 ‘The Humans’ will be performed at the Brooklyn Academy of Music (BAM) as part of Performa 2013. The play is written and directed by Alexandre Singh and a production by Witte de With Center, located in Rotterdam, The Netherlands.

From November 13 till 17 ‘The Humans’ will be performed at the Brooklyn Academy of Music (BAM). The play is written and directed by Alexandre Singh and a production by Witte de With Center, located in Rotterdam, The Netherlands.

‘The Humans’ tells the story of two spirits named Tophole and Pantalingua, who would rather see the Earth not created. The work is modeled on the comic writings of Aristophanes and set during the dawn of time and space. In a battle against the egomaniacal Creator, Tophole and Pantalingua conspire their way to an accidental Paradise Lost, ultimately corrupting the eponymous humans—portrayed as a vast, songful, and statuesque Greek chorus—into the flawed mortals we are today.

Alexandre Singh was invited by Witte de With Center for Contemporary Art, to develop The Humans at Witte de With from April 2012 to January 2013, after which he continued to work on the play in Rotterdam. Singh shared and developed his research and production through public presentations of his work-in-progress centered around thematic monthly public events at Witte de With, titled Causeries. During these public conversations Singh looked at topics ranging from cosmology and cosmogony to satire, theatrical costumes, and scatology as well as key inspirational figures such as Aristophanes, Alexander Pope, P.G. Wodehouse, William Hogarth, John Ruskin, South Park and Woody Allen, resulting in this full-fledged theatrical account of the universe’s creation. Many Dutch artists collaborated on the play.