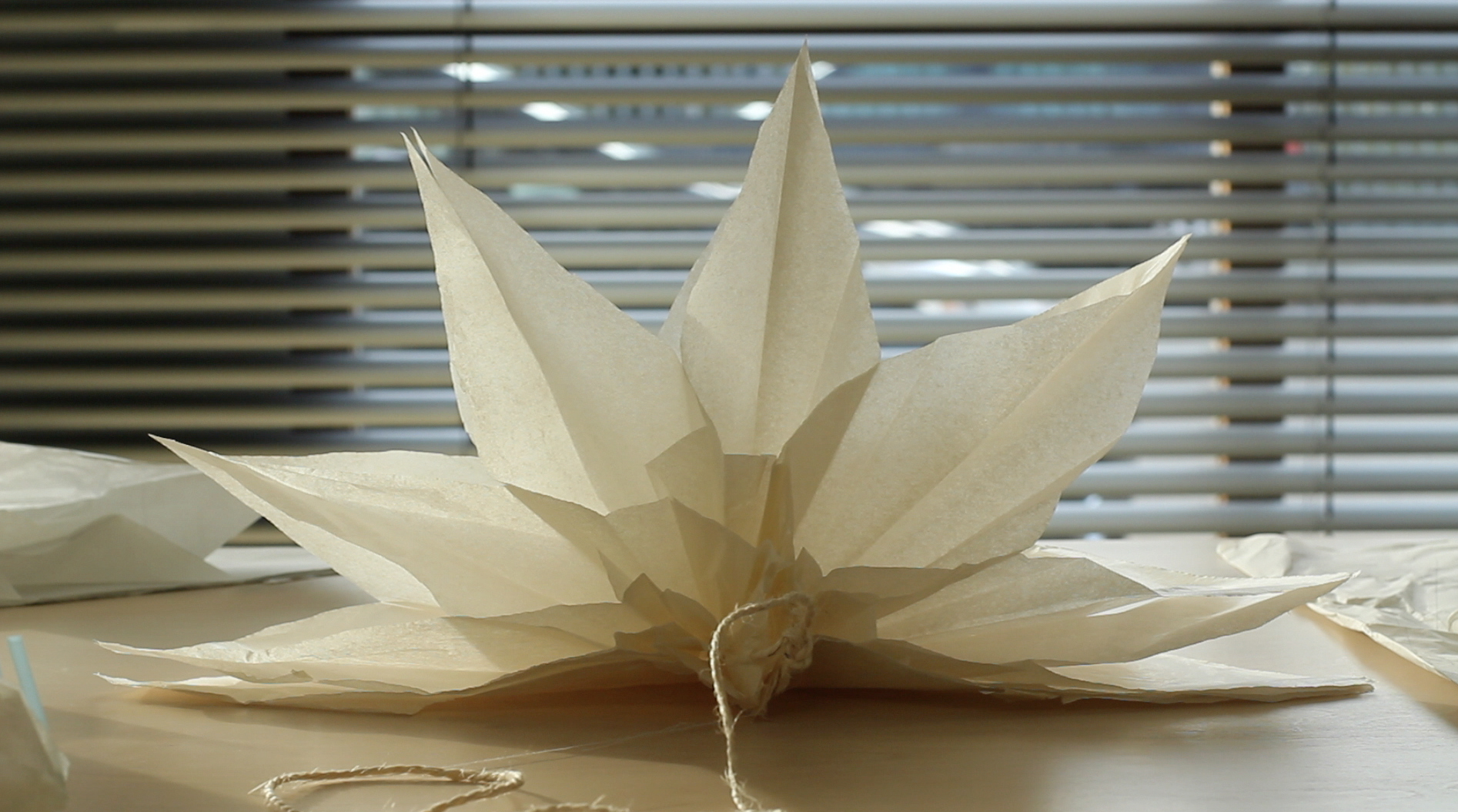 On October 2, the Architecture & Design Film Festival in New York will screen 'The Making of Shylight', a Xinix Films production about the Studio Drift Design.

On October 2, 6:15PM, the Architecture & Design Film Festival in New York will screen ‘The Making of Shylight’, a Xinix Films production about the design by Studio Drift. RSVP here

Certain types of flowers close at night, for self-defence and to conserve their resources. This highly evolved natural mechanism is called ‘nyctinasty’ and inspired Studio Drift to create Shylight; a light sculpture that unfolds and retreats in a fascinating choreography, mirroring that of real flowers. Most man-made objects have a static form, while everything natural in this world including people, are subject to constant metamorphosis and adaptation to their surroundings. Shylight is the answer to the following question: how can an inanimate object mimic those changes that express character and emotions? After a research period of five years, Studio Drift found the final form to express their idea. Shylight has become an object that feels alive because of unpredictable, natural-looking movements: it descends to blossom in all its glorious beauty, to subsequently close and retreat upward again. Shylight is created out of many layers of silk, which cause it to move with the grace of a dancer. The movement of the lights can be controlled to the millimeter to create a subtle choreography.

Studio Drift was founded in 2006 by Ralph Nauta and Lonneke Gordijn, both graduated from the renowned Design Academy Eindhoven. They explore the relationship between nature, technology and mankind. Their working process involves continuing collaborations with scientists, university departments, research facilities, programmers and engineers; the results are truly innovative and ground-breaking projects – a testament to the cross-pollination between the technically advanced, the aesthetically beautiful and awareness of future potentials. While the visual language of Studio Drift is characterized by dreamy and poetic aesthetics, the concept behind their works is often based on an unexpectedly critical engagement: “We want to encourage people to see things that they no longer notice; to reach a kind of unconscious recognition that everyone instinctively feels and understands, yet have lost the time for.”

About the Architecture & Design Festival

The Architecture & Design Film Festival, celebrates the unique creative spirit that drives architecture and design. With a curated selection of films, events and panel discussions, ADFF creates an opportunity to entertain, engage and educate all types of people who are excited about architecture and design. With well-attended screenings, legendary panelists, vibrant discussions and events in New York, Los Angeles and Chicago, it has grown into the nation’s largest film festival devoted to the subject. The ADFF also programs for international film festivals as well as cultural institutions and private venues.