The McLoughlin Gallery presents the exhibition ‘Iconoclasm’ with Arnix Wilnoudt 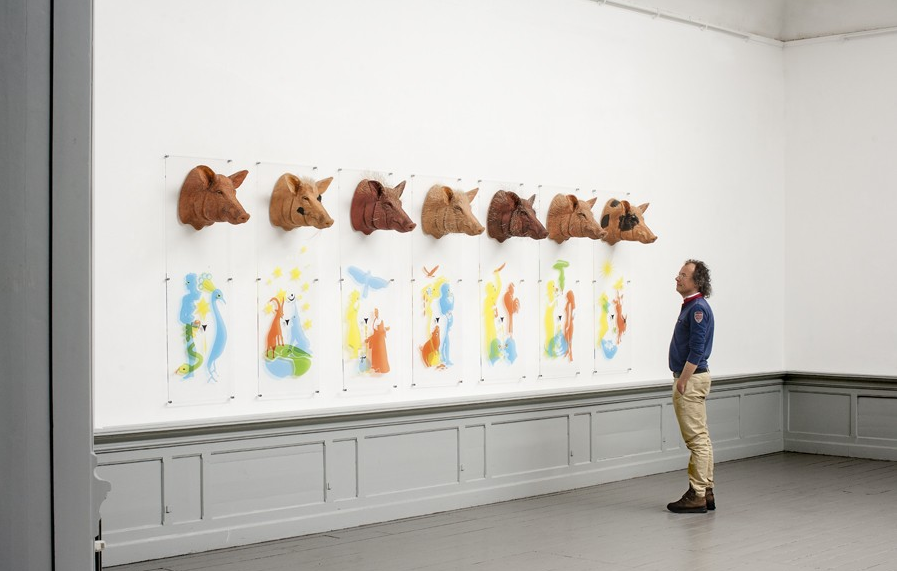 From May 1-31, 2014 The McLoughlin Gallery presents the exhibition 'Iconoclasm' with work by Dutch artist Arnix Wilnoudt.

From May 1-31, 2014 The McLoughlin Gallery presents the exhibition ‘Iconoclasm‘ with work by Dutch artist Arnix Wilnoudt.

‘Iconoclasm’ is the debut American exhibition for both artists Arnix Wilnoudt and Max Papeschi. Through sculpture and digital collage these artists engage in an elegant, yet brash, dialog as each explores the relationship of power and exploitation within contemporary global culture. Utilizing religous, political, commercial, and cultural iconography for their lexicon, these two artists then strip them of their authority to reveal the savagery inherent in power and its implicit victim, ourselves.

In this exclusive worldwide first-look at sculptural artist Arnix Wilnoudt, he reveals his never-seen-before exquisite sculptures that directly affront the traditional paradigms of power and subordination. Each is an allegorical exploration into the trauma of authority with immaculate craftsmanship and beautiful detail belying intense psychological perception. Antique religious artifacts combine with lifelike silicon faces, genitals and animal heads to form challenging treatises on egoism, conformism, dogmatism, self-respect, honor, desire, objectification, and abuse. 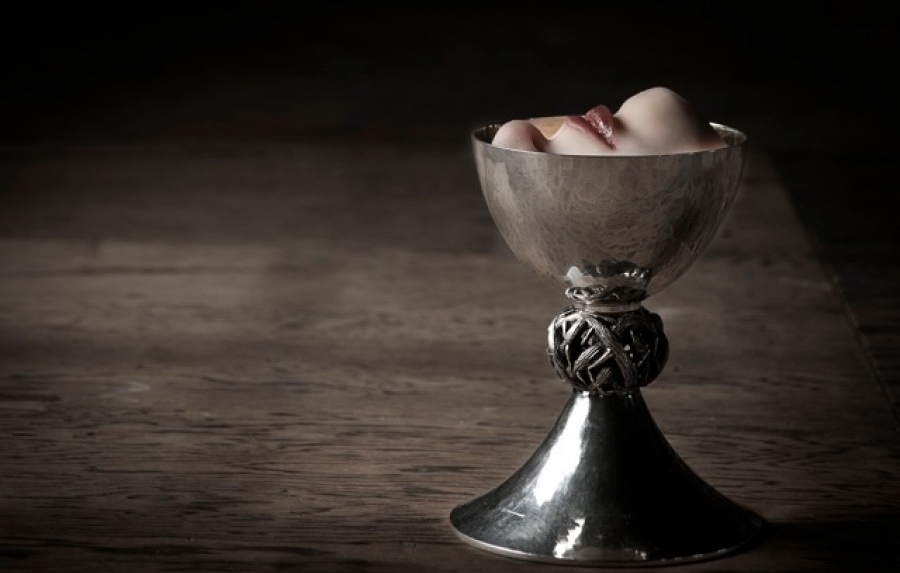 Arnix Wilnoudt (pseudonym), 1958 Amersfoort The Netherlands. (Start his career as an artist by the end of 2011.) creates conceptual art: an art form in which the idea or concept is central. His artworks are primarily intended as a challenge for the intellect and presently deal with such themes as religion and power. He is involved with moral factors as he labels them: egoism, conformism, dogmatism, self-respect, sense of honour, capabilities, desire, transience and more. In his art he presents an uncommon view of the world and of human existence.

About the McLoughlin Gallery

The McLoughlin Gallery is an approachable, inviting gallery with a social conscience. The mission of the gallery is to educate and intrigue by showcasing established mid-career and emerging contemporary artists whose work is unique, integrating bright, bold colors and conveying an emotional punch. Art work that makes you think. A portion of proceeds will benefit Glide and Stanford Breast Cancer Research. The McLoughlin Gallery is an independent enterprise not associated or connected with Stanford University and its activities are not endorsed, funded, organized, or operated by Stanford University or Stanford Cancer Center.