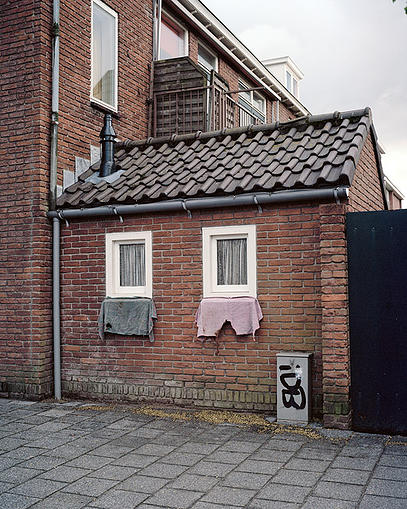 The solo exhibition 'Interlude: A Temporary Interruption of the Ordinary World' of Annegien van Doorn runs from March 13th until April 4th.

The solo exhibition ‘Interlude: A Temporary Interruption of the Ordinary World’ of Annegien van Doorn runs from March 13th until April 4th in the Museum of New Art in Detroit in collaboration with Galerie Camille.

‘When you do life consciously, however, life becomes pretty strange: paying attention changes the things attended to…’

Allan Kaprow has always been a great inspiration for the artist. This quote can be read as the motto of her work. The banal, the obvious, the common and the ordinary fascinate her. Her focus is on seemingly meaningless situations. By isolating and manipulating these situations, small events transform into the monumental and the familiar becomes something extraordinary. Van Doorn plays with reality in order to create a new perception of the real world.

Interlude: A Temporary Interruption of the Ordinary World

In 2013 Annegien van Doorn lived and worked for two months in a former pumping station, a residency of the Mondriaan Funds in The Netherlands. The pumping station is situated in the dunes and is surrounded by typical Dutch countryside. There was a lot of space and there were a lot of things lying around in the surrounding areas. On a daily basis Annegien van Doorn wandered about and analyzed these everyday situations. She started collecting things that drew her attention and placed them in other settings.

Mounted in a different time and space, new and beyond ordinary realities arise. In her photographs the reality becomes the scenery for a new world on which the audience can project their own life. This way she stimulates the viewer to use their imagination and look at his or her daily life differently. Hereby, humor is an important vehicle. It is humor and wit after all that enables us to have a creative response to the inevitable problems we have to face from day to day.

To finish off with Kaprow’s words, Annegien van Doorn shows us that if we live consciously and with attention we can discover beauty and poetry that is already present in the most banal and ordinary things. She places reality in a different light and shows us a new appreciation for the (extra)ordinary.

March 13 to April 4
Hours: 12pm to 5pm Wednesday through Saturday. 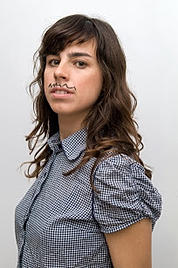 Annegien van Doorn is a Dutch visual artist born in 1982 in Vlissingen, The Netherlands. In 2004 she graduated from the St. Joost Art Academy and from 2006 until 2008 she followed the Master of Fine Art program ‘Arte y Contextos Intermedia’ at the University of Barcelona.

Her works have been shown, among others, in solo exhibitions at FOAM Photography Museum and at the Weekender Trailer Show at the Unseen Photo Fair in Amsterdam, at Youkobo Art Space in Tokyo and at Espacio F and Espacio Menosuno in Madrid. She participated in group shows at Torch Gallery in Amsterdam and Three Shadows Photography Art Centre in Beijing. Furthermore, her work has been shown at festivals like Breda Photo, LOOP Video Art Festival Barcelona and Supermarket Independent Art Fair in Stockholm.

‘The banal, the quotidian, the obvious, the common and the ordinary fascinate me. How do we give meaning to our daily life? I am looking for the places where we use and transform our surroundings from one day to another. The traces we leave behind with the changes in the space we occupy to give that space the features to attribute to our needs and desires. These interventions speak about who we are and who we want to be in this world.

‘Whenever I enter a space, I fixate on the objects. Every object has a history. Everything is made by someone and placed somewhere with a certain reason. I’m fascinated by the idea that an object, although made with a clear function, can turn into something else.

‘I like playing with this idea by re-arranging everyday objects in new settings. Small events are transformed into the monumental and the familiar becomes something extraordinary. By capturing these scenes on a photo or video camera, the objects become unleashed from their original purpose and obtain a new meaning.’