The Netherlands participating in Northside Festival in Brooklyn! 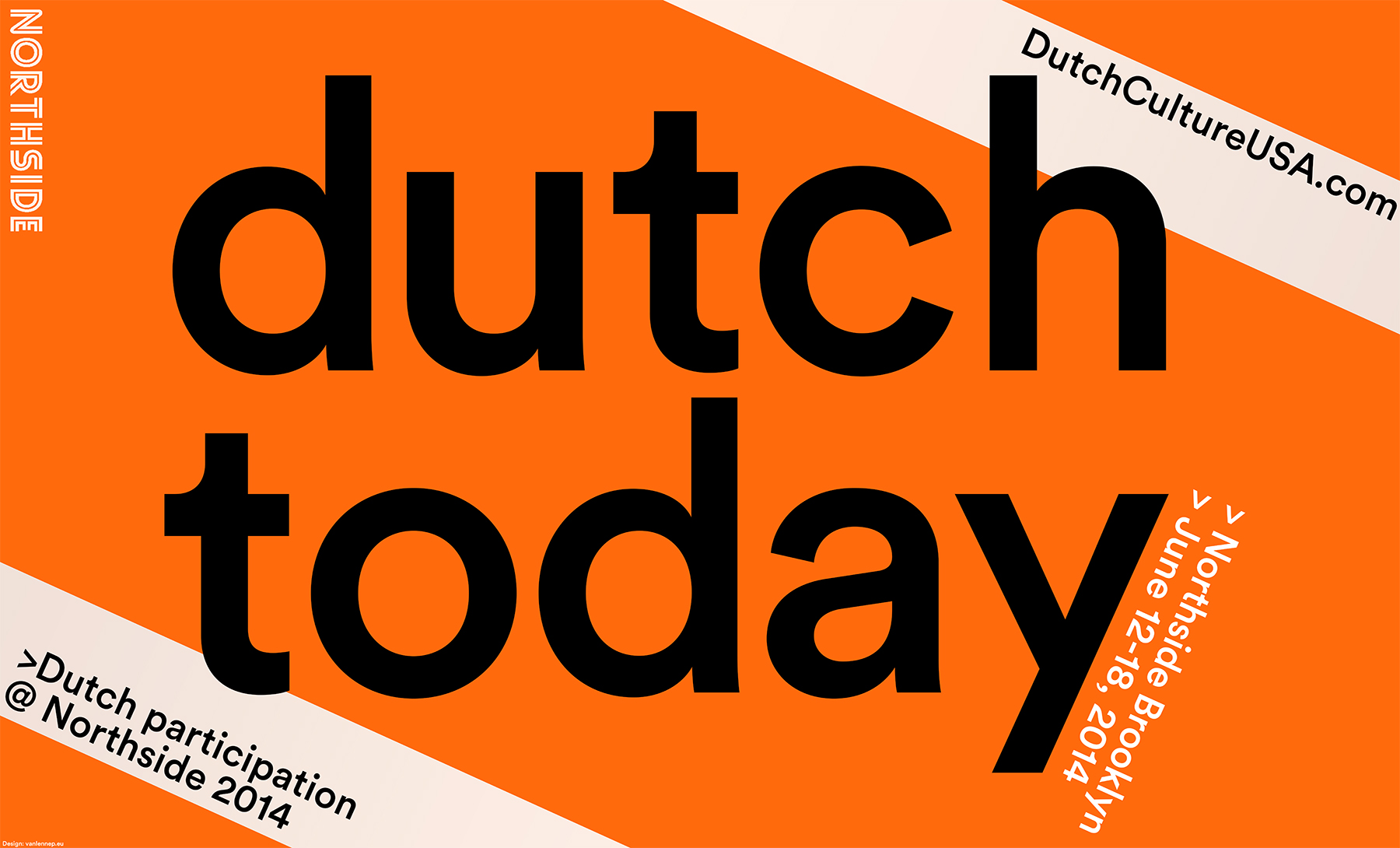 This year marks the first time that Northside Festival welcomes a guest-country as showcase presenters to the festival. The Netherlands will participate in Brooklyn’s Northside Festival and the Northside Innovation Conference and Trade Show, from June 12-19 in Williamsburg, Brooklyn.

This year marks the first time that Northside Festival welcomes a guest-country as showcase presenters to the festival. The Netherlands will participate in Brooklyn’s Northside Festival and the Northside Innovation Conference and Trade Show, from June 12-19 in Williamsburg, Brooklyn.

Northside Festival is Brooklyn’s largest annual discovery festival with more than 100,000 attendees. The festival highlights what’s next in music, film, and entrepreneurship and features more than 400 bands, 50 films, and 200 exhibitors. The New York Times mentions Northside as one of the best things to do for the summer in New York!

Throughout the festival, a large group of disruptors of industry will build on the Netherlands’ global creative alliances, and showcase art, technology, and music as innovation drivers. The talent includes Dutch ambassadors of innovation and founders of companies like Van Moof, Pauline van Dongen and Chordify and who will share the Netherlands’ culture throughout festival programming, particularly during a Dutch Pitch Night (insert hyperlink) at the Wythe Hotel and a Dutch Music event (insert hyperlink) at The Grand Victory with the bands I Am Oak, MTT and traumahelikopter.

“We are thrilled to partner with the Northside Festival as the first-ever foreign country to showcase at the festival,” said Jan Kennis, Cultural Attache of the Netherlands to the US. “The Netherlands will be represented through a large group of innovative and cutting-edge startups, musicians, and filmmakers who are the newest and best the Netherlands has to offer.”

Highlights of the Dutch presence at Northside include:

• Dutch Sounds @ Northside (Friday, June 13 from 8:00pm onwards): I am Oak, MTT and traumahelikopter will present an entire evening full of Dutch music at the Grand Victory on Grand Street, Williamsburg. No entrance fee!

“The Northside Festival represents ‘What’s Next’ in technology, innovation and startups,” said Scott Stedman, Co-Founder of the Northside Festival. “We’re psyched to go Dutch during Northside this year and see so many Dutch disruptors prominently showcased at the Festival. It’s hugely important to build an international dialogue with the tech and innovation community taking root in NYC and Brooklyn. With all the incredible innovators, startups and disruptors coming out of the the Netherlands right now, we couldn’t be happier to have them as our first country partner at the Festival!”

The Dutch’s consistent contribution to innovation has made the Netherlands a hotbed of art, culture, entrepreneurship, and inventions, such as the CD-ROM, Bluetooth, and WiFi. The national policies and programs that support invention, collaboration, risk, and technological exploration today are evident in the impressive presence at the Northside Festival.

The Netherlands is also a great place for US startups eyeing the European market. An extremely well-connected community of founders, hackers and VCs, combined with an accessible government and an open corporate business culture, have allowed startups to sprout in the Netherlands like tulips the past few years. There is a lot of activity, and many innovative ideas that have morphed Amsterdam into one of Europe’s hottest startup cities.