The Royal Concertgebouw Orchestra is coming to Washington and New York 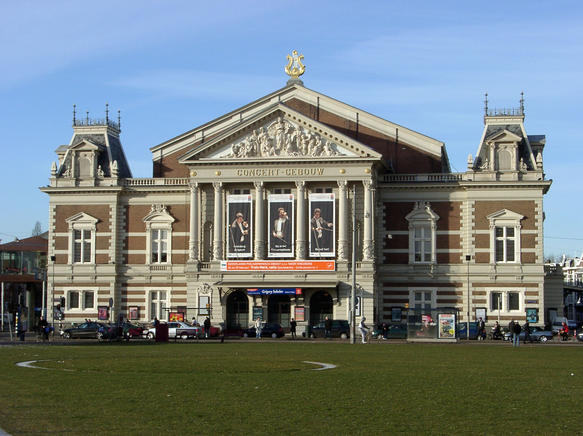 On November 29 and 30 the Royal Concertgebouw Orchestra performs Mahler’s Fifth Symphony in Washington DC and New York. This is a result of the RCO Global Friends organization that aims to connect and inspire music-lovers worldwide, further enhancing their enjoyment of the Royal Concertgebouw Orchestra’s concerts both in and outside the Netherlands. Members of the RCO Global Friends were given a sneak preview back in May when an ensemble made up of members of the orchestra gave a chamber music concert in New York. This time, the full orchestra will be juxtaposing familiar with lesser known works under the direction of the popular guest conductor Semyon Bychkov. The program features two very special compositions. Detlev Glanert will convey a dramatic narrative into orchestral sound in his Theatrum Bestiarum. This piece explores man’s darker nature in a colorfully scored orchestral work laced with black humor and propelled by relentless dance-like rhythms. In Gustav Mahler’s Fifth Symphony, the orchestra takes listeners on an emotional journey full of ups and downs. The opening funeral march lends darkness to Mahler’s piece, but it’s only an episode in a magnificent five-movement masterpiece that expresses both despair and joy. Mahler’s symphony embraces all of life: There’s folk-inspired dances, a waltz, and, in its final notes, raucous humor. Of course it is also the symphony with the Adagietto, a beautiful love letter for strings and harp that the composer wrote for his wife, Alma. The orchestra is currently preparing more concerts in the United States for its 2016, 2018 and 2019 seasons.

To buy tickets for the Royal Concertgebouw Orchestra performance at the John F. Kennedy Center for the Performing Arts in Washington DC (November 29, 8:00PM), click here.