The Ruggeds Perform in Denver on November 3-4

The Dutch Breakdance crew The Ruggeds are proud to present their body of work in the form of “Adrenaline The Show” on November 3rd and 4th as part the world-renowned Breakin’ Convention in the Buell Theatre of the Denver Center For The Performing Arts in Denver, Colorado.

The Ruggeds trade the battle realm for the stage in their theatre debut, exploring the craving for Adrenaline in our society. For a short moment Adrenaline demands all focus, and disregards our tendency to look to the future. What makes us long for that uncertainty, and the unknown, fueling actions that divert us from predetermined paths? Two hanging lights, and a bright backdrop shape the scene. A CYMK technique in the backdrop and costumes, creates a visual illusion that appears to shapeshift with the mood on stage. Along with the quality of movement, the scenery changes, and what appears to be regular hanging lights, turnout to be swinging objects as Adrenaline takes over.

Entrenched in drum rhythms and battle environments, they channel it to explore the boundaries of what is physically possible.

Their personal relationship to Adrenaline derives from their Breaking, which has been with them for the greater part of their lives. Entrenched in drum rhythms and battle environments, they channel it to explore the boundaries of what is physically possible. Drums prove to be, once again, one of the main sources of inspiration as the original music flows through genres like Jungle, Hip Hop, House, and Breakbeats. Staying true to their heritage, The Ruggeds bring their skills from years of honing their craft to the theatre. Adrenaline is a piece filled with risk, acrobatics and spontaneity that will make your heart beat faster for days to come. 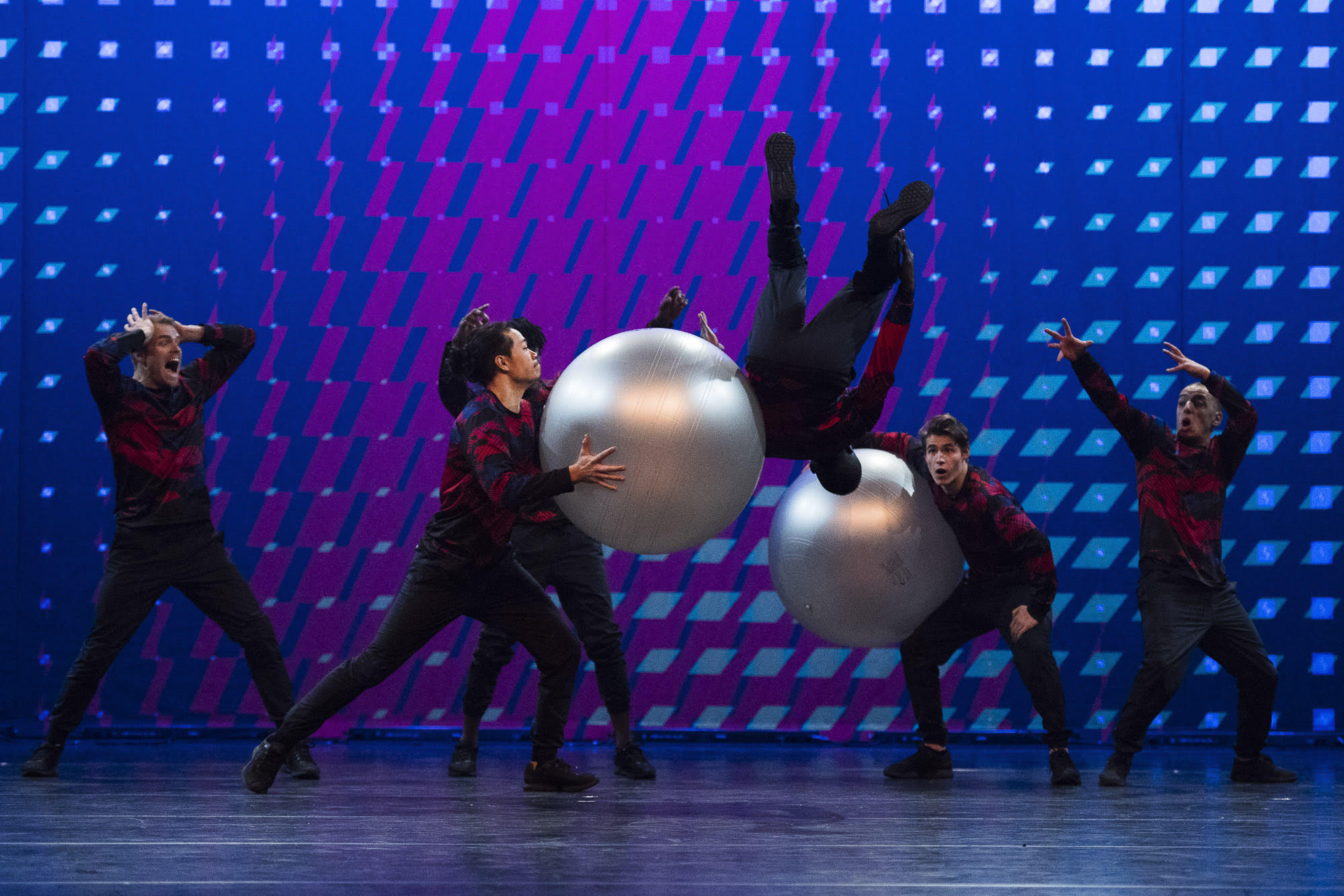 The Ruggeds are a Breakdance crew from Eindhoven, The Netherlands. A household name on the battle scene with more than 10 years of battling under their belts. Considered as one of the most influential crews of its ge- neration, they have won many competitions around the world, including the Bboy Cham- pionships in 2014, a World Title, and a second place at the prestigious Battle of The Year in 2013. They stand out through their indivi- duality, all having distinctive and unique styles often by incorporating inspiration from other influences. Due to their notoriety in the battle world, creatives picked them up to work on other projects like the closing ceremony at the European Olympics, Justin Bieber’s videoalbum, performing with Rita Ora, commercials for Footlocker, Hennessy and more.

“We wanted to be able to hold an audience hostage for an hour, and immerse them into an experience we created from scratch, to make people experience Adrenaline as we do.”

The desire to create something without the limitations of competitions resulted in the creation of an 18 minute piece in 2015 called Adrenaline. After succesfully touring festivals in Europe and the United States, Adrenaline was extended to a one hour piece which first toured The Netherlands in 2017. ‘It became important to us to have full creative freedom’ says Niek Traa, artistic director of The Ruggeds. ‘We wanted to be able to hold an audience hostage for an hour, and immerse them into an experience we created from scratch, to make people experience Adrenaline as we do.’ 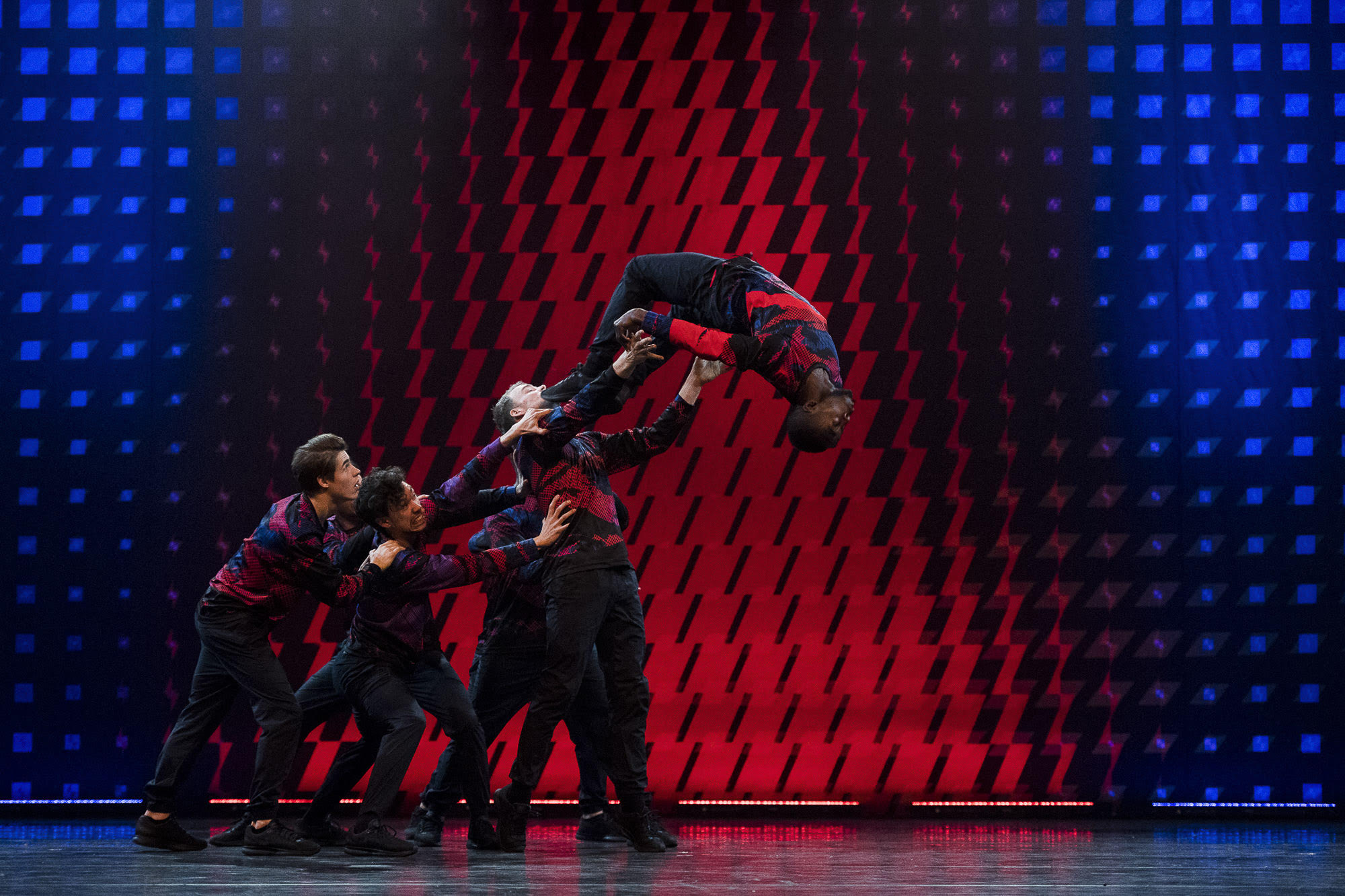