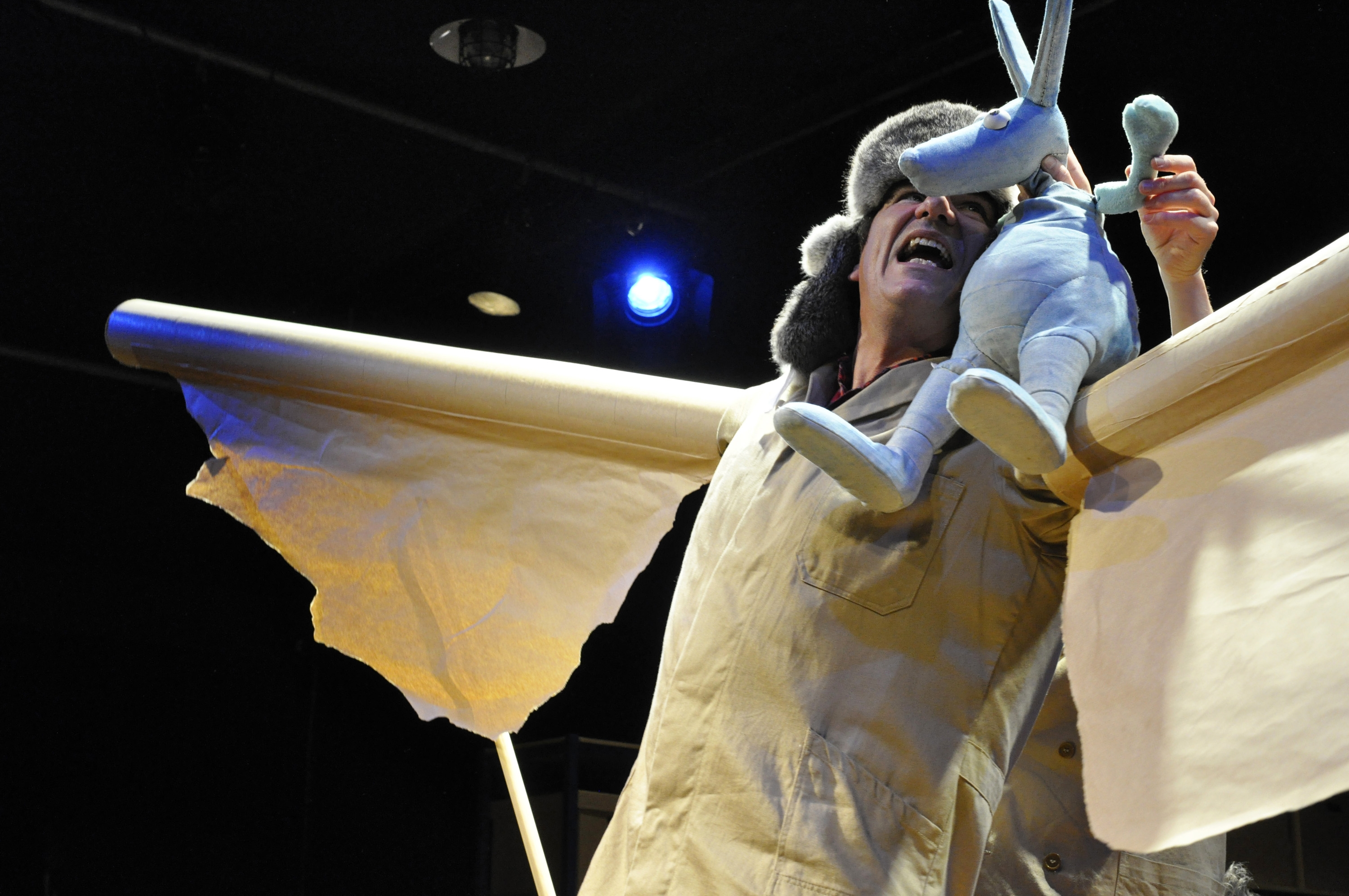 This year Theatgroep Kwatta and Arch8 are both part of the program of the International Performing Arts for Youth (IPAY) Showcase.

This year Theatergroep Kwatta and Arch8 are both part of the program of the International Performing Arts for Youth (IPAY) Showcase. The IPAY Showcase is the important annual gathering of theater professionals with a focus on Youth Theater & Dance. Each year, the IPAY Showcase brings together the most important curators and artists from the English speaking world (and increasingly also theater professionals from elsewhere). IPAY shares best practices and industry resources, provides an annual community meeting place, and stimulates international dialogue and collaboration.

Theatergroep Kwatta performs ‘Manxmouse: The Mouse Who Knew No Fear’, about the brave little Manxmouse who is on a special journey. But can he survive fearsome foxes, terrified elephants and cats (big and small) to reach his destination? The Manxmouse is one-of-a-kind, strange little mouse, but doesn’t mind being different.

Arch8 performs ‘O Snap’, which is a combination of urban dance and contemporary dance, a sort of hip-hop tanztheater, expressing the friendship between three individuals, the landscape of their relationship with each other and with the world.

The IPAY showcase runs from January 22 till 25.

Theatergroep Kwatta is a professional youth theatre company under the artistic direction of writer and director Josee Hussaarts. Kwatta puts on productions that are both light-hearted and light-footed, with a serious undertone. The group wants to create room for amazement and admiration. By asking simple questions about difficult issues and difficult questions about things that appear to be simple. The productions are often a combination of text and other forms of theatre such as music, song, puppetry and film.

Arch8 is the dance company of choreographer Erik Kaiel. Arch8 explores the relationship between the dancers and their surrounding space. Subway stations, sculpture gardens, empty swimming pools and abandoned department stores have been the site of their work.

Erik Kaiel has been a choreographer for 20 years. After a decade of working in New York, Erik moved to the Netherlands. In the last few years, in addition to touring extensively with arch8 productions, he has been making performances in public space with local dancers in Benin, Senegal, Egypt, Frankfurt, Utrecht, & the Hague.