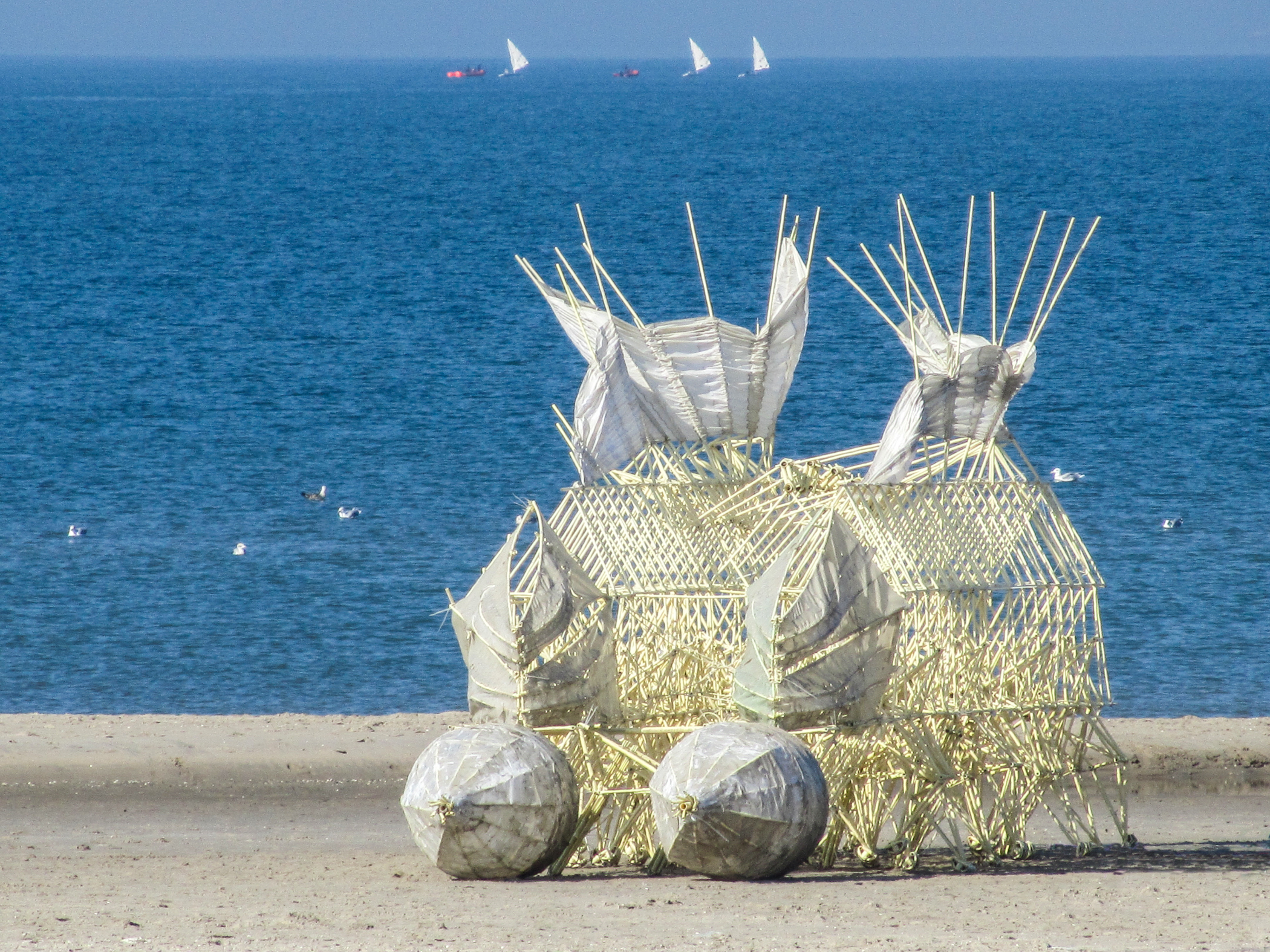 From February 6 until March 1, the Strandbeests are on view at the Chicago Cultural Center. Later on, they will travel to the west coast to San Francisco's Exploratorium.

The Strandbeests are heading to Chicago! From February 6 until March 1 they will be on view at the Chicago Cultural Center, before traveling to San Francisco’s Exploratorium. ‘Strandbeest: The Dream Machines’ of Theo Jansen celebrates these wholly unique kinetic creations that blur the lines between art, science and storytelling. Working along the Dutch seacoast, Jansen has spent the last 25 years developing and evolving his Strandbeests, which today have become a global phenomena. Their inherently interdisciplinary nature attracts enthusiasts from a broad array of disciplines: from engineers, biologists and philosophers, to environmentalists, futurists and makers.

About Strandbeests: The Orgin Of The Species

As the wind rises on Scheveningen Beach in the Netherlands, Jansen’s Strandbeests spring to life. Pistons, crankshafts and complex leg systems – all rendered from humble PVC tubing and zip ties – begin their symphonic movement across the seaside expanse. Drawn to the hauntingly elegant locomotion, crowds gather to watch Jansen tend his Strandbeests and share in his wonder as the creatures animate with every breath of wind.

With a singular focus and sense of play, Jansen has developed his Strandbeests from rudimentary structures into intricate, autonomous creatures that can respond to environmental changes by storing wind power, anchoring against oncoming storms and tacking away from the water’s edge. Originally inspired by the threat of rising sea levels, Jansen imagined a mechanical creature that could pile sand back up on the dunes. As time went on, Jansen became more fascinated with exploring ideas around the origins of life.

An annual rhythm structures the Strandbeests’ life cycle. Innovations are imagined and explored in the studio in winter, then tested and adapted on the beach in summer. Each new species of Strandbeest boasts new tactics and adaptations for their seaside survival. By fall, the creatures have outlived their evolutionary use and become part of Jansen’s fossil record. Like evolution itself, this process is ruthless, searching and unending. 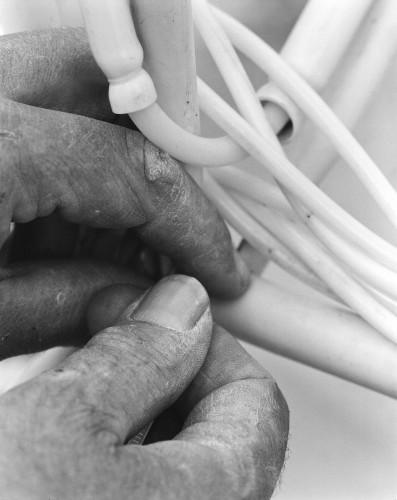 The artist first came to prominence in 1980 when he flew a “UFO” across the skies of Delft, Holland. For the past 20 years Jansen has been creating and exhibiting his dramatic Strandbeests. He has appeared on multiple TED Talks, been the subject of a profile in The New Yorker and shown his work in Asia, Europe and now the United States. A trained physicist, Jansen’s Strandbeests bridge the gap between art and engineering, attracting a broad array of followers: from engineers, biologists and philosophers, to environmentalists, writers and makers.

“Normally evolution has millions of years to take place but I may only have another 20 years to work,” said Jansen. “I am always dreaming about the future of the Strandbeests. By the time I leave the planet, I want to leave a new species for you.”