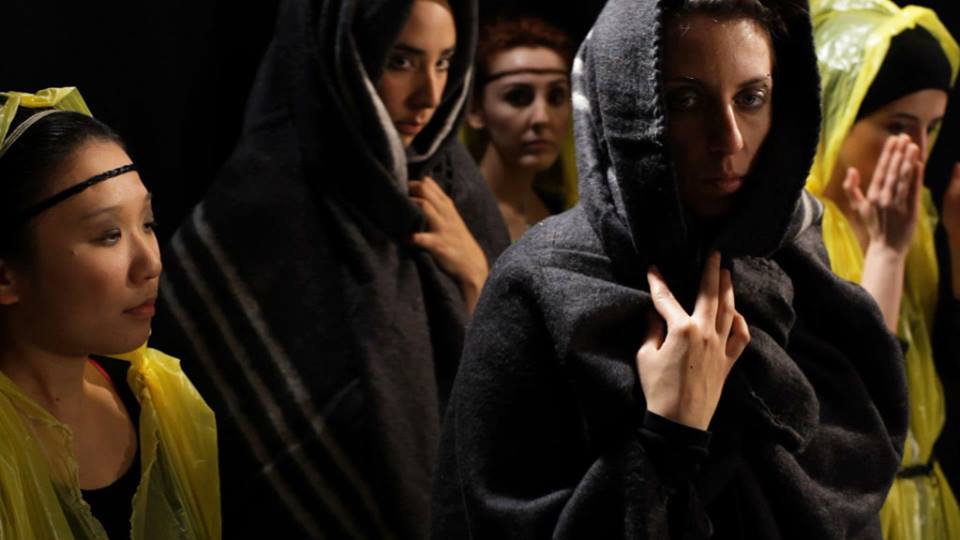 From March 6-9 Moving Image 2014 will take place in Chelsea. Here Dutch artist Tiong Ang will be represented by LYNCH THAM.

Moving Image was conceived to offer a unique viewing experience with the excitement and vitality of a fair, while allowing moving image-based artworks to be understood and appreciated on their own terms. Moving Image New York 2014 will feature a selection of international commercial galleries and non-profit institutions presenting single-channel videos, single-channel projections, video sculptures, and other larger video installations.

Moving Image will be free to the public and open Thursday – Saturday, March 6-8, 11–8 PM and on Sunday, March 9, 11-4 PM. An opening reception will take place Thursday, March 6, 6–8 PM. The fair is located at the Waterfront Tunnel event space between 27th and 28th streets with an entrance on 11th Avenue in Chelsea.

LYNCH THAM is pleased to present the US premier of Tiong Ang’s A Greek Tragedy at Moving Image 2014.

A GREEK TRAGEDY is the first collectively produced film in the context of Pavilion of Distance, an experimental collaborative learning platform. As a collective project it was initially charged by the current social unrest in contemporary Greece. However, actual information and literal reference to the crisis have been kept at a distance in the film production.

Instead, the film focuses on a small group of young artists (two of them being Greek) who retreat in a dark studio in what seems to be a therapeutic session of physical play-acting and performative experimentation. Scenes of classical Greek tragedy are represented by the participants as if to personify current states of numbness, despair, rage or collapse. Instead of opting for a documentary perspective on a national situation, the film explores a multitude of emotive postures and speculative gestures in staged, repetitive and ‘educated’ enactments.

The film was conceived as a compound of different perspectives and levels of engagement by allowing differentiated voices and narrative styles into the production process. The participating artists each contributed in the film with their own individual component (e.g. sound track, voice over narration, production design, script development, second unit) and performed both as actors and as crew during the shoot. The film’s expression and mood, born from this organized complexity, is a distinct exercise in how to navigate between pathos and apathy and how to relocate aesthetics to collective and critical environments.

LYNCH THAM is also pleased to present a solo exhibition ‘Unwanted Celebration‘ of new works by Dutch artist Tiong Ang, his first in New York in five years. This exhibition will be on view from April 2 – May 25, 2014.