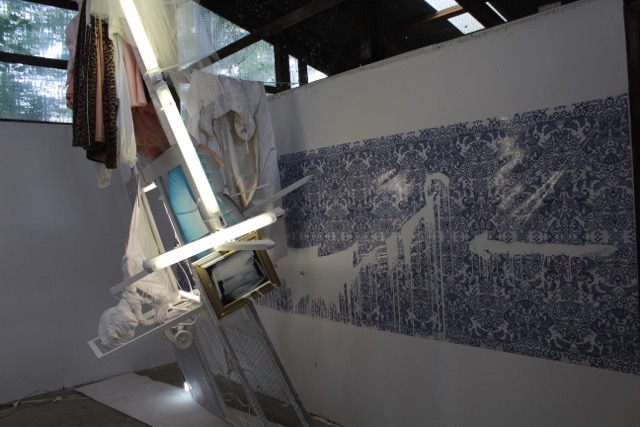 Mr. Tirzo Martha has been invited to participate in the 2015 Art Omi International Artists’ Residency. The dates of the Residency are June 18-July 14, 2015. Tirzo Martha was selected among over 990 candidates by a jury panel to join the Art Omi program for this year. His work greatly impressed the selection board and we are very pleased to invite him to our summer’s program. In total there will be 30 artists-in-residence, both international and from the USA.

The Art Omi International Arts Center is one of the only organizations in the country to offer comprehensive residencies with a strong professional development component to artists from around the world, working in the genres of literature, music and visual art. The emphasis for each program is not only on the work of the artist, but the diversity of the artistic community in each program.

Art Omi provides food, lodging and a studio space at no cost to the artists, at the Residency Center, which is located in Columbia County, New York, 2 hours north of New York City. However, artists are responsible for their own travel expenses, materials and any other incidentals. This is an artistic residency so artists are not paid for any services. The artists invited do not engage in any lucrative work, but participate in what Art Omi hopes will be a life changing experience. The Mondriaan Fund also partly supports Tirzo Martha.

Art Omi has been running its international residency program since 1992.

Residents are chosen because of the excellence of their work and the likelihood that they will be able to maximize the benefits of a residency session near New York City. They are at various stages in their careers – some have not yet made their work public through publication, exhibition or recording, but many have. The majority of participants in each genre is still considered to be the emerging artists who most need both time to work and new professional contacts to foster their careers and offer exposure for their work.

On July 12 the studio opens for an Open Studio Day. On this day friends and the public are invited to join for brunch (a small fee applies) and to tour the studios (free of charge) and meet with the artists. 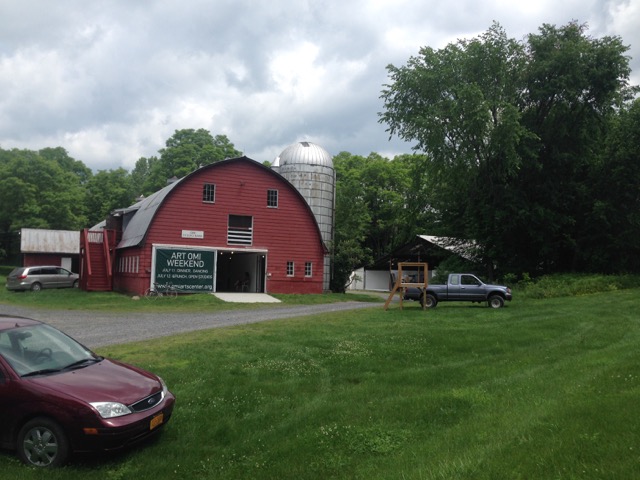 Tirzo Martha’s urge and necessity to create art has its origin not in his ability to be creative but in his humanitarian and social engagement. As a child, Martha was not active in drawing or a creative person. He would respond critically to the conditions around him in his neighborhood. The decaying social conditions in his beloved neighborhood Buena Vista has troubled him day after day and so made him uneasy.
Although as a child he came from a comfortable home, he was still confronted with the reality of his neighbourhood on the streets and in his school. It was a reality that did not fit with the way that he envisioned how his surroundings could be. This clutch of contradictions continued to grow inside him and to reach a point where he lost control.
This brought him closer to what he has already seen in the past; Art. He saw in art the space and the infinite possibilities for strengthening his voice, and the urge to communicate.
Much like an anthropologist, he went into all the details that comprise the big puzzle of how people exist. Besides all of the oral and physical information that he gathered, he was also getting visual information that would be the point of departure for his artworks. He considered the living-conditions and the way people coped with their space and objects; their strength to visualise dreams, hopes, disappointments and states of mind. He would translate such information into ideas and structures that would become his body of work. This brought him to the installations, videos and performances that are very close to the living conditions and structures of the people. A big chaos consisting out of objects, materials and emotions are brought together in a baroque mold: a rough composition carrying the beauty of the people’s hopes and dreams. This voice is familiar but still has an unknown sound. Martha has undertaken performances and built his installations in public spaces, often in neighborhoods where his intention was for the work to fit in perfectly.