Dutch artist Tjalf Sparnaay presents his new work in ‘Urban Works of Art: New Photographs’ until October 29 at the Bernarducci Meisel Gallery in New York. This is Sparnaay’s first photography exhibition in the United States. The exhibition features two dozen photographs, most of which are 16 x 20 inches. While some appear more abstract and others include figures, all of the photographs are representational of the urban landscape of Sparnaay’s home country, The Netherlands. In ‘Karl with Wallflower,’ Sparnaay captures an advertisement that is plastered to a lamp post. In the advertisement is an older man and a young, attractive blonde girl wearing a pink hat and a pink gingham blouse. The photograph looks like a collage but is in fact a real representation of the artist’s urban surroundings. 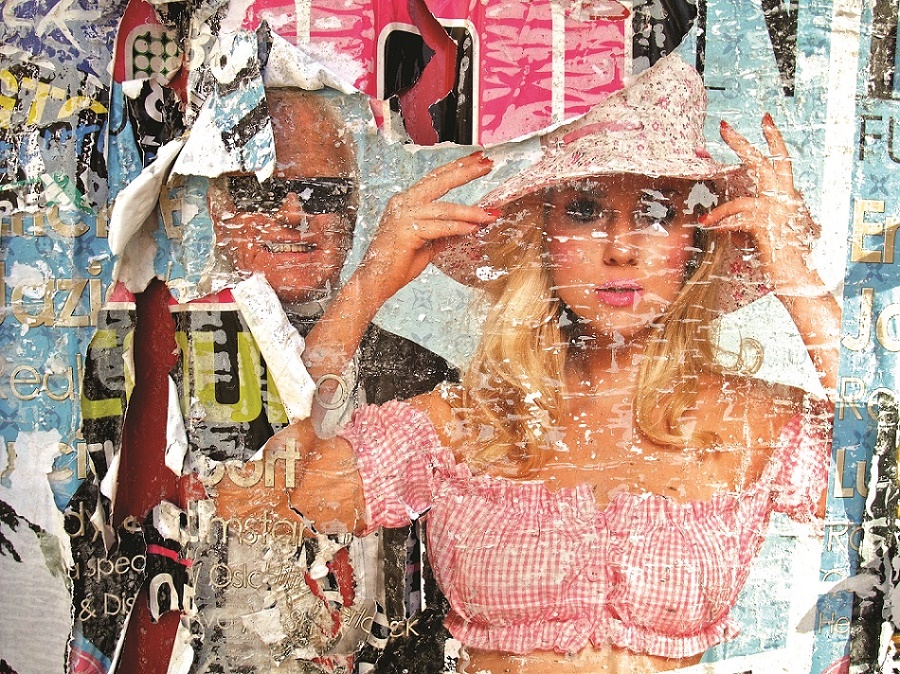 ‘Grafittical Archeology X’, another photograph in the exhibition, is more abstract, depicting in great detail a decaying wall covered in graffiti. The photograph almost looks like a painting, and the shape in which the wall is peeling resembles a fish swimming in water. Sparnaay so brilliantly draws attention to the art that often blends into the urban landscape. 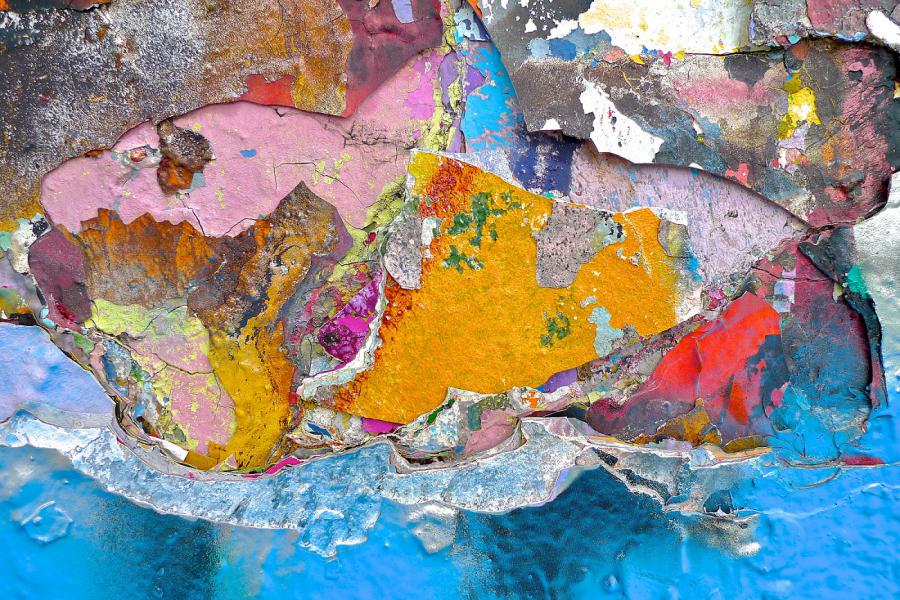 Born in Haarlem, The Netherlands, Tjalf Sparnaay is a completely self-taught photorealist painter and photographer. His works have been exhibited worldwide. Recently Sparnaay exhibited a retrospective of his paintings at the Museum de Fundatie in Zwolle, The Netherlands and was included in the exhibition “Photorealism Beginnings to Today: The Walda and Sydney Besthoff Collection” at the New Orleans Museum of Art. His paintings are currently included in the traveling museum exhibition 50 Years of Hyperrealism that will be on view in Germany, the Netherlands, at the Parrish Art Museum (Summer 2017), and the Tampa Museum of Art (30 June – 8 October 2017).

About the Bernarducci Meisel Gallery

In September of 2000, Frank Bernarducci and Louis K. Meisel opened Bernarducci Meisel Gallery at 37 West 57 Street at 5th Avenue in New York, a long established crossroads of the art world. The focus is the presentation of the finest contemporary realist art including established and emerging artists of the genre. Since the Gallery’s inception, their artists have exhibited both nationally and internationally and their work has been included in important museum surveys and featured in solo museum exhibitions.