Historical drama "Tokyo Trial" by Pieter Verhoeff is nominated for an International Emmy Award in the category TV Movie/Mini-Series.

Historical drama “Tokyo Trial” by Pieter Verhoeff is nominated for an International Emmy Award in the category TV Movie/Mini-Series. 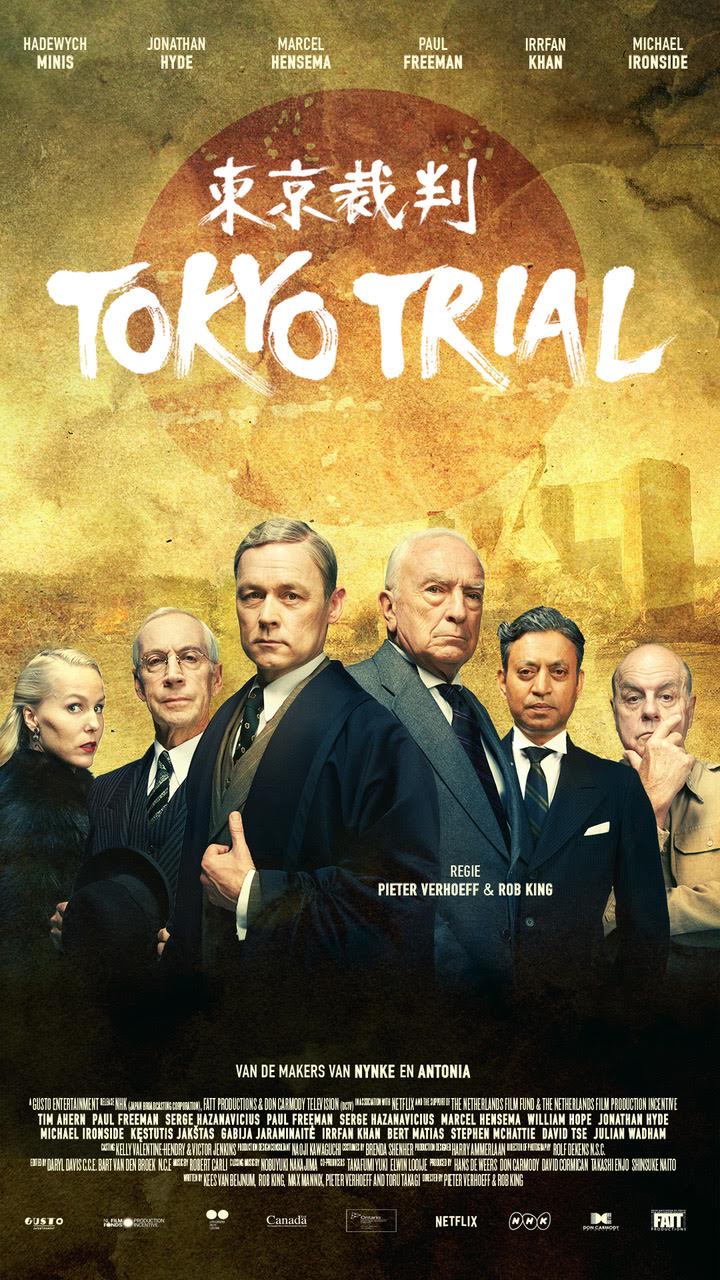 At the end of 1945, Bert Roling (Michael Hensema), judge and professor, takes his seat on the Tokyo Tribunal. ‘The International Military Tribunal for the Far East’ is the Japanese version of the German Nuremburg Trials, where war criminals were tried after the Second World War.

He departs the Netherlands with the idea that they will “finally teach those Japs a lesson”, but reality turns out to be more complicated. Through political interference, conspiring colleagues and conflicting legal opinions, tensions rise amongst the group of eleven international judges. Despite being the youngest and least experienced of the group, the headstrong Rolling comes in conflict with the majority of his colleagues during the trial. Only with the dissident judge Pal (Irffan Khan) does he find support.

As the tribunal threatens to derail, Roling is filled with doubt: should he align himself with the majority, and give in to international pressure, or follow his conscience as an independent judge?