On February 17th, The Netherland Club of New York hosts “Music & Art for Eyes & Ears,” a combined concert and lecture about the strong connection between music and visual arts, and about well-known painters and composers who took inspiration from each other. Join Tosca Opdam, award-winning New York-based violinist from Amsterdam and Ilona van Tuinen, Annette and Oscar de la Renta Assistant Curator at the Morgan Library & Museum, for an evening of exploring the connections between music and masterpieces from the history of art, in both word and music. Tosca and Ilona will be joined by Dutch pianist Helena Basilova.

About Music & Art for Eyes & Ears

In the seventeenth century, musical motifs in painting often functioned as allegorical references to love. The role of music took a more prominent place in art during the nineteenth century. The phrase ut pictura musica (‘in music as in painting’) was used to describe the ways in which artists like Van Gogh were trying to translate characteristics of music onto a canvas. Likewise, the works of Mondrian show the influence of his strong interest in jazz.

On the basis of Dutch artworks in New York collections, comparisons will be drawn between the innovative sound-colors and vivid brushstrokes of Debussy and Van Gogh, the jazz rhythms in the paintings by Piet Mondriaan and music of Louis Andriessen, and the confrontation with greatness and mortality in Brahms and the painters of the Dutch Golden Age.

Born in Amsterdam, The Netherlands, Tosca Opdam won the first prize in the Oskar Back Violin Competition for Holland’s promising violinists, performing Vieuxtemps’ Fifth Concerto at the Concertgebouw. The jury marked her “beautifully sustained long lines” and “soloist qualities”. She is a recent Masters of Music graduate from the Juilliard School of Music in New York where she studied with Catherine Cho and Sylvia Rosenberg. At the Manhattan School of Music, from which she received a Bachelor of Arts degree in 2012, she studied with Patinka Kopec. Before coming to New York, Ms. Opdam completed the Young Talent class of the Conservatory of Amsterdam under Joyce Tan and Peter Brunt. Tosca has performed in master classes with eminent musicians such as Pamela Frank, Ilya Grubert, Theo Olof, Georgy Pauk, Candida Thompson, Frank Peter Zimmermann and Pinchas Zukerman.

Recent engagements include a performance at the “Bevrijdingsconcert aan de Amstel” (Liberation Day concert at the Amstel river) – an outdoor concert on the Amsterdam canals – live broadcasted on national television. Other notable Amsterdam performances were a sold-out debut recital at the Recital Hall of the Concertgebouw, as well as a performance at the Main Hall of the Concertgebouw, where Tosca performed for international press in honor of the re-opening of the Rijskmuseum in Amsterdam. She plays a Matteo Goffriller violin, which is generously loaned to her privately. 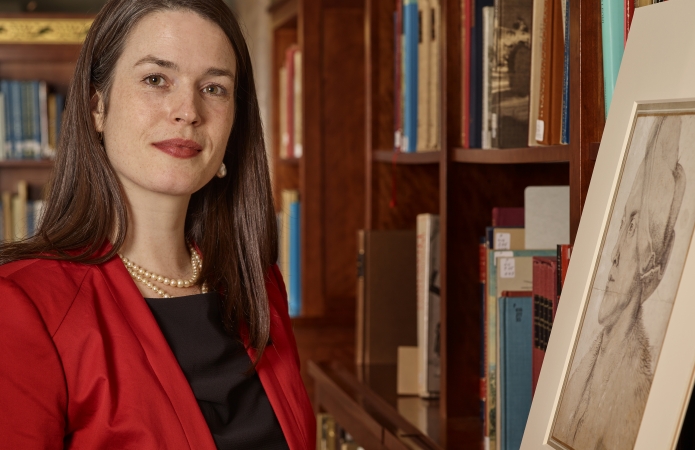 Ilona van Tuinen is the Annete and Oscar de la Renta Assistant Curator at the Morgan Library & Museum in New York. She is responsible for the Northern European drawings and prints of 1400-1900 as well as the drawings in major American private collections that are promised gifts to the Morgan.

After studying art history at the University of Amsterdam, Ilona worked at Museum De Lakenhal in Leiden in 2010-2011 on the monumental exhibition Lucas van Leyden and the Renaissance. Between 2011 and 2014 she worked at The Leiden Collection in New York, where she served as Assistant Curator and co-authored the collection catalog, and from 2014 until 2015 she was Assistant Curator at the Fondation Custodia, Collection Frits Lugt, in Paris. Her publications include articles in Simiolus and Journal of Historians of Netherlandish Art, and a facsimile edition with separate commentary volume of the so-called Berlin Sketchbook of ca. 1520-1535, the earliest surviving Northern Netherlandish sketchbook. 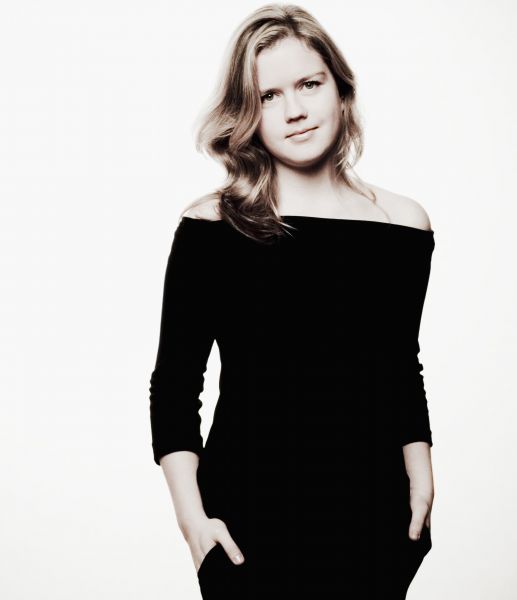 Helena Basilova was born in Russia to two established pianists/composers, but was raised in The Netherlands. Besides a solo career that had her perform at halls as prestigious as The Concertgebouw in Amsterdam, Carnegie Hall’s Weill Hall, Symphony Space NYC, the HPAC Japan and the NCPA in Mumbai, she has a profound love for chamber music. Her performances have ranged from Messiaen’s Quartet for the End of Time in New York City to Beethoven’s violin sonatas in San Antonio-Texas and Webern’s Quartet op. 22 at the Delft Chamber Music Festival in 2014. To widen the scope and reach of classical music, Helena composed a program of Russian piano music combined with the poetry of Anna Ahmatova and Marina Tsvetaeva. She also collaborates frequently with contemporary jazz musicians and living composers writing new music. In December 2012 Helena premiered a newly written work Enough Water by Molly Herron, specially written and dedicated to her.