Dutch Culture USA got a chance to ask a few questions to Dutch violinist Tosca Opdam, who will make her Weill Recital Hall Debut at Carnegie Hall, NYC, on June 4th. Read the full interview here!

Take a peek into the musical life of Tosca Opdam, who started playing the violin at the age of 3 and who developed a true passion for the instrument. Ms Opdam will make her Weill Recital Hall Debut at Carnegie Hall, New York, on June 4th at 8 pm, accompanied by pianist Victor Stanislavsky. The concert program will revolve around the theme of “home”. Read the full interview below! 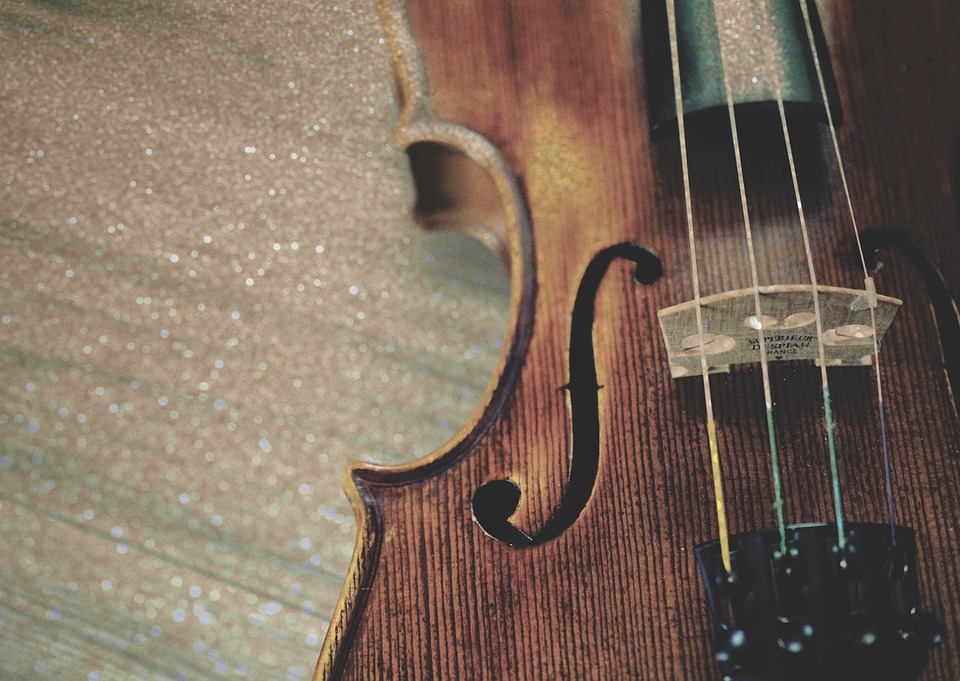 At what age did you start playing the violin?

At the age of 3. I was very lucky to start with a teacher who encouraged the joy in making music. As soon as we were able to, me and my older brother played duets. This new way of communicating through music opened up a whole new world for me. It felt like discovering a very natural and free way of expressing oneself, and that is still true for me today. 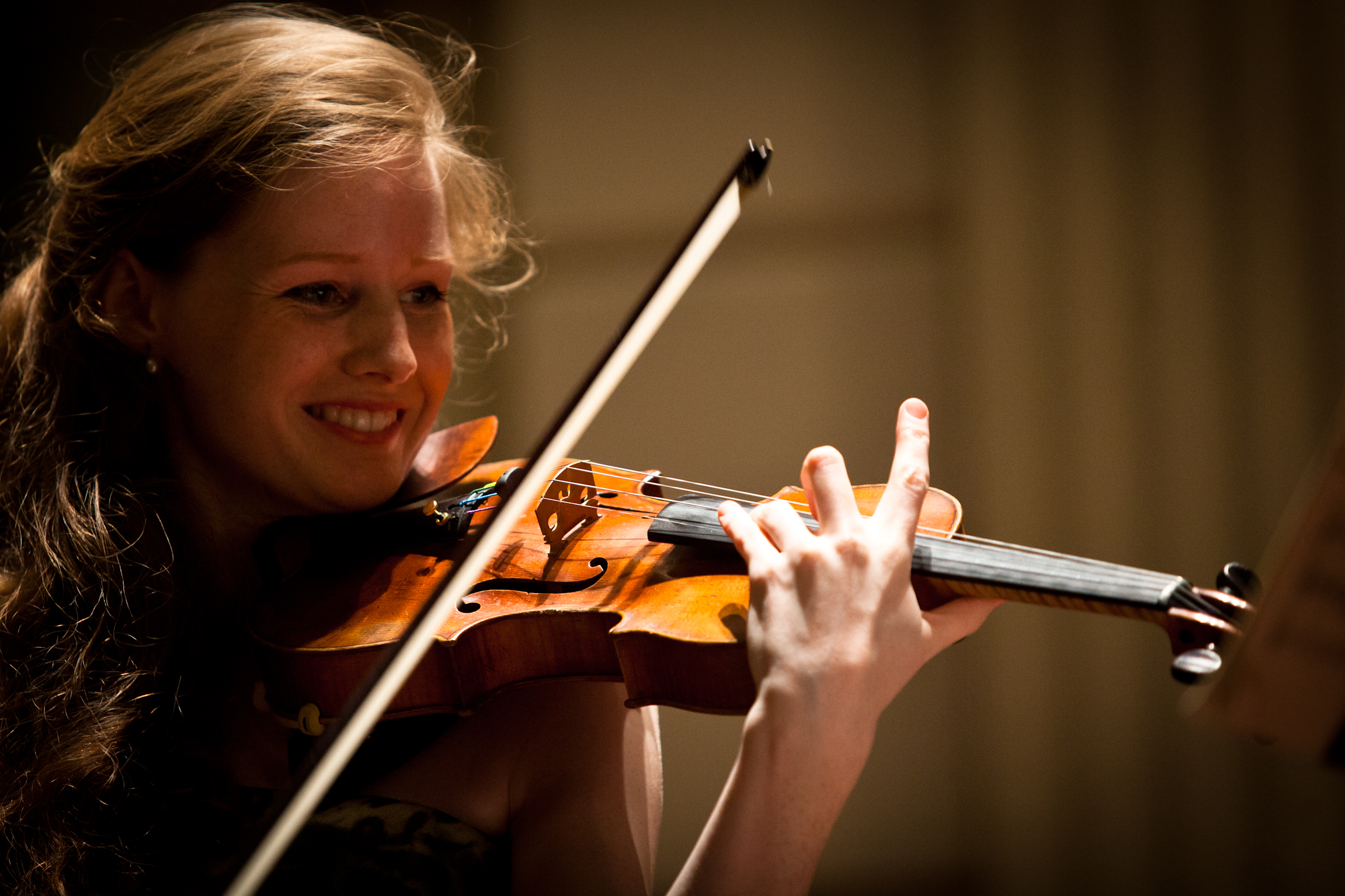 You must know New York City very well, since you have studied at the Manhattan School of Music and Juilliard. Was it always a dream for you to perform in Carnegie Hall?

Yes! This concert hall has such an intriguing quality to its name, it might be the best-known music hall in the world, it is almost daunting! Being raised in Amsterdam, I was lucky to grow up near the Concertgebouw, which is a beautiful hall with amazing acoustics and I had the chance to perform there a number of times. But it is without a doubt extra exciting to be performing at Carnegie Hall here in New York, and I am much looking forward. 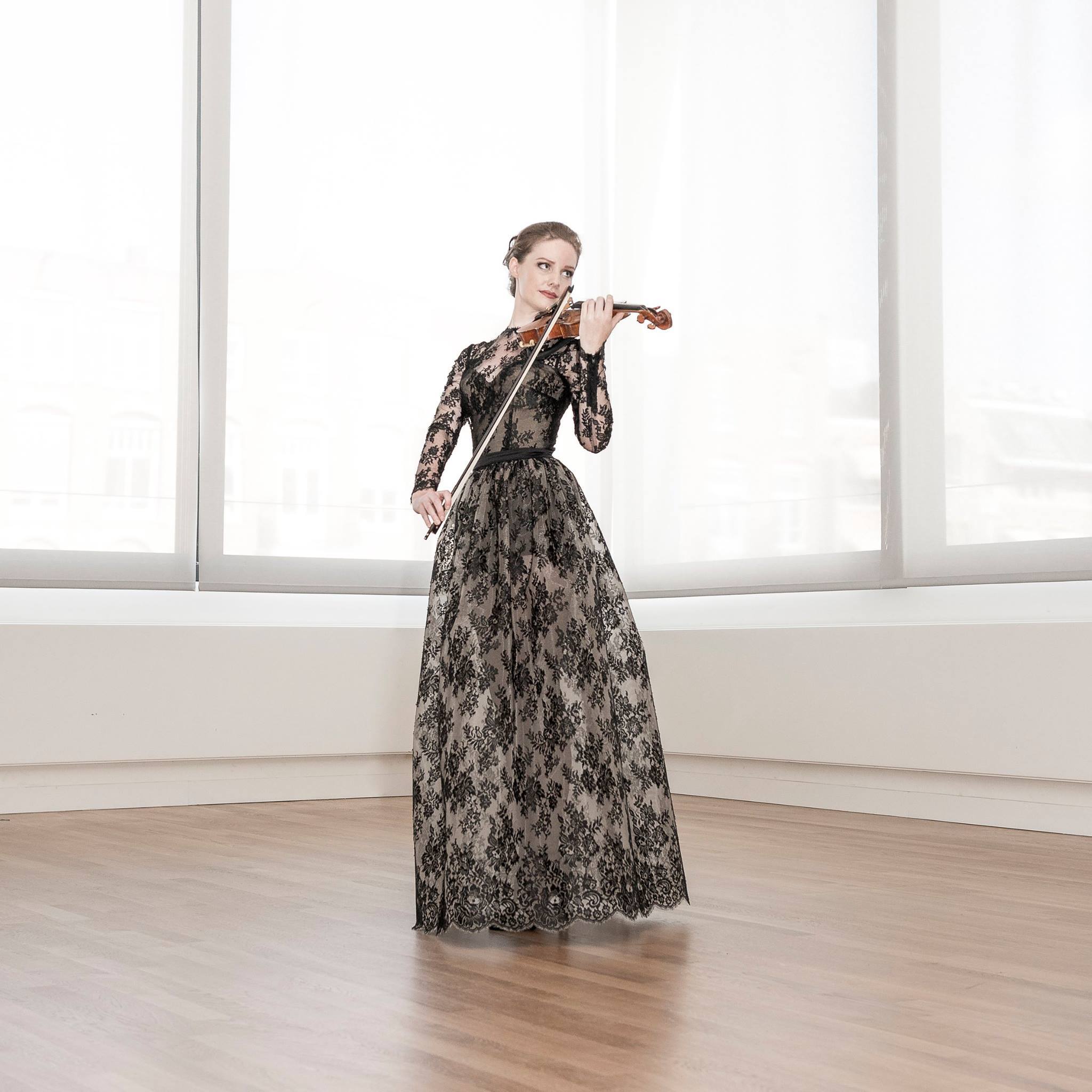 Can you tell us something about your upcoming performance, which will mark the world premiere of Robin de Raaff’s “North Atlantic Light”?

The repertoire of the upcoming performance is close to my heart because the theme of “home” plays a role in my personal life. I came to New York looking to expand my musical horizons, and my time has been one of growth and has changed my perspective in many ways. The opportunity to leave one’s “nest” is, in my opinion, a very valuable one. This led me to explore the impact “new” or “adopted homes” on the lives and artistic output of composers.

I met Robin a few years ago at Juilliard, where one of his works was being performed. I was immediately taken by his musical language and by the artistic possibilities he explores in his compositions. With support from the Performing Arts Fund NL, De Raaff wrote two works for me; a violin sonata which will have its premiere in this recital, and a violin concerto, which I will perform in the Concertgebouw with the Netherlands Philharmonic Orchestra and Marc Albrecht next season. 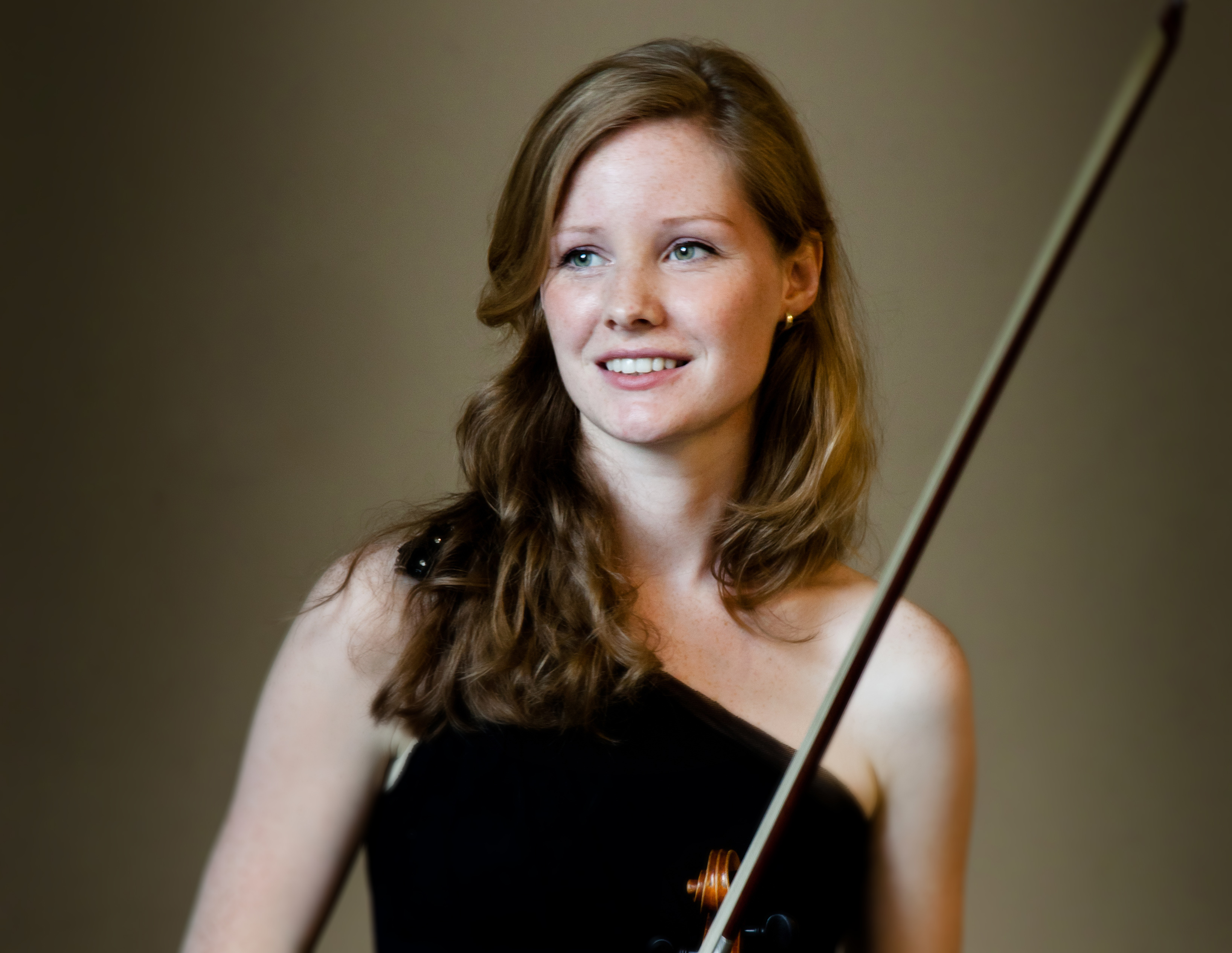 The composition of Robin de Raaff was inspired by the Willem de Kooning painting “North Atlantic Light”. Do you see and “hear” the resemblance between the composition and the painting?

The collaboration with Robin de Raaff has been unique to me. We both liked to let ourselves be inspired by art, which led to the idea of a composition based on a painting. “North Atlantic Light” by Willem de Kooning is a beautiful sea view of a place near New York. Robin has translated this beautifully into music; the piece is atmospheric and captures the feel of the painting. Besides that, there is a lot of movement and fluidity in the structure. Rather than writing rigorous rhythmical patterns, he writes in a lot of “waves”; waves in dynamics, waves in tempi and waves in pitch.

“Very exciting is also that I will be wearing a dress designed by couturier Paul Schulten inspired by the painting ‘North Atlantic Light’.” 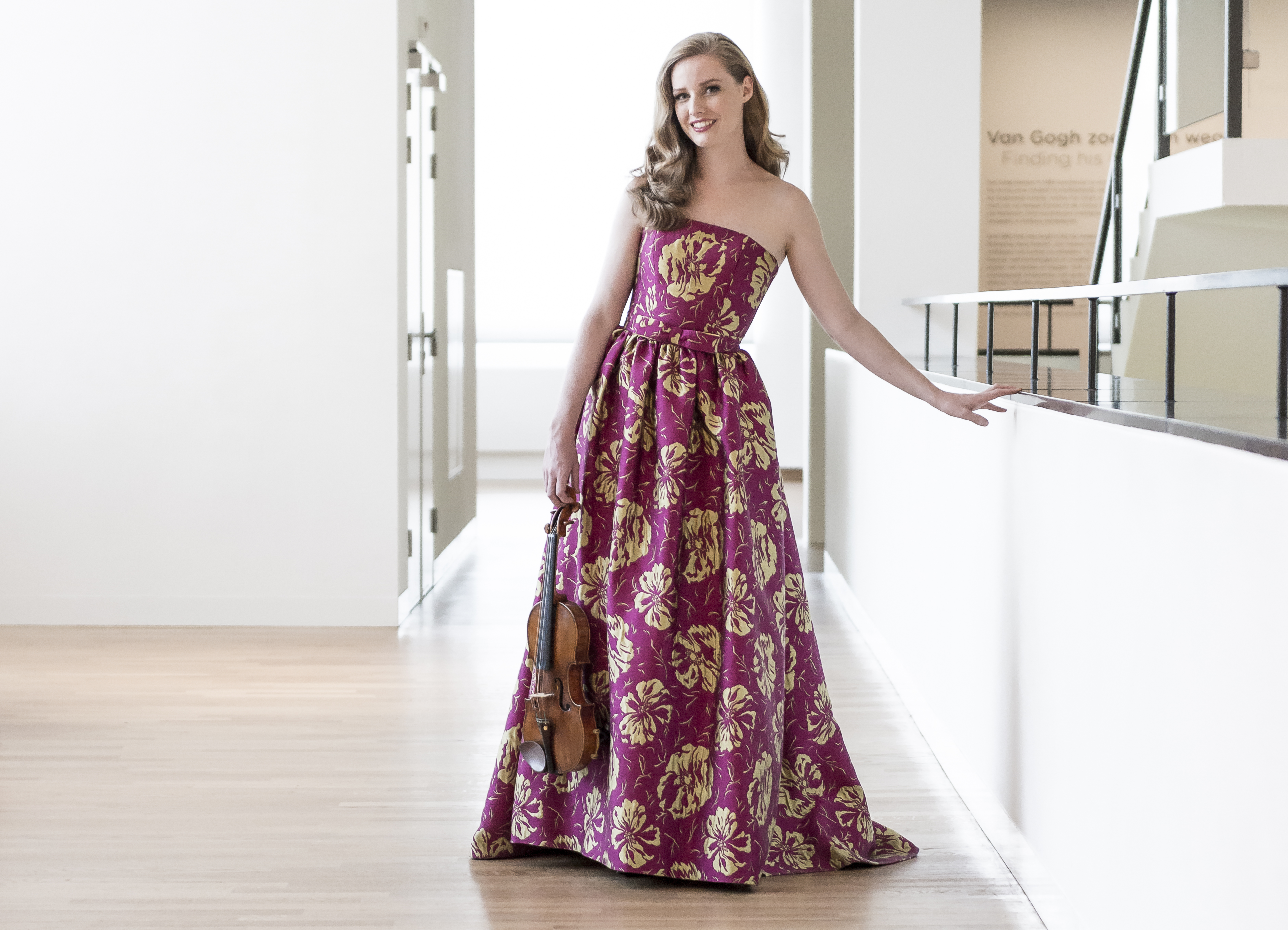 For more information about Tosca Opdam, visit our other blog post.