From June 9 until June 10, Amsterdam-based creatives will present their vision on urban and digital renewal during three "Travel Dialogues" at Northside Festival in Brooklyn, NY.

From June 9 until June 10, Amsterdam-based creatives will present their vision on urban and digital renewal during three “Travel Dialogues” at Northside Festival in Brooklyn, NY. Exchanging creative urban solutions between Brooklyn and Amsterdam, a selection of Dutch innovators will share their ideas at the intersection of media, technology and humanity; triggering a “travel dialogue” between Northside and the upcoming N-Festival. 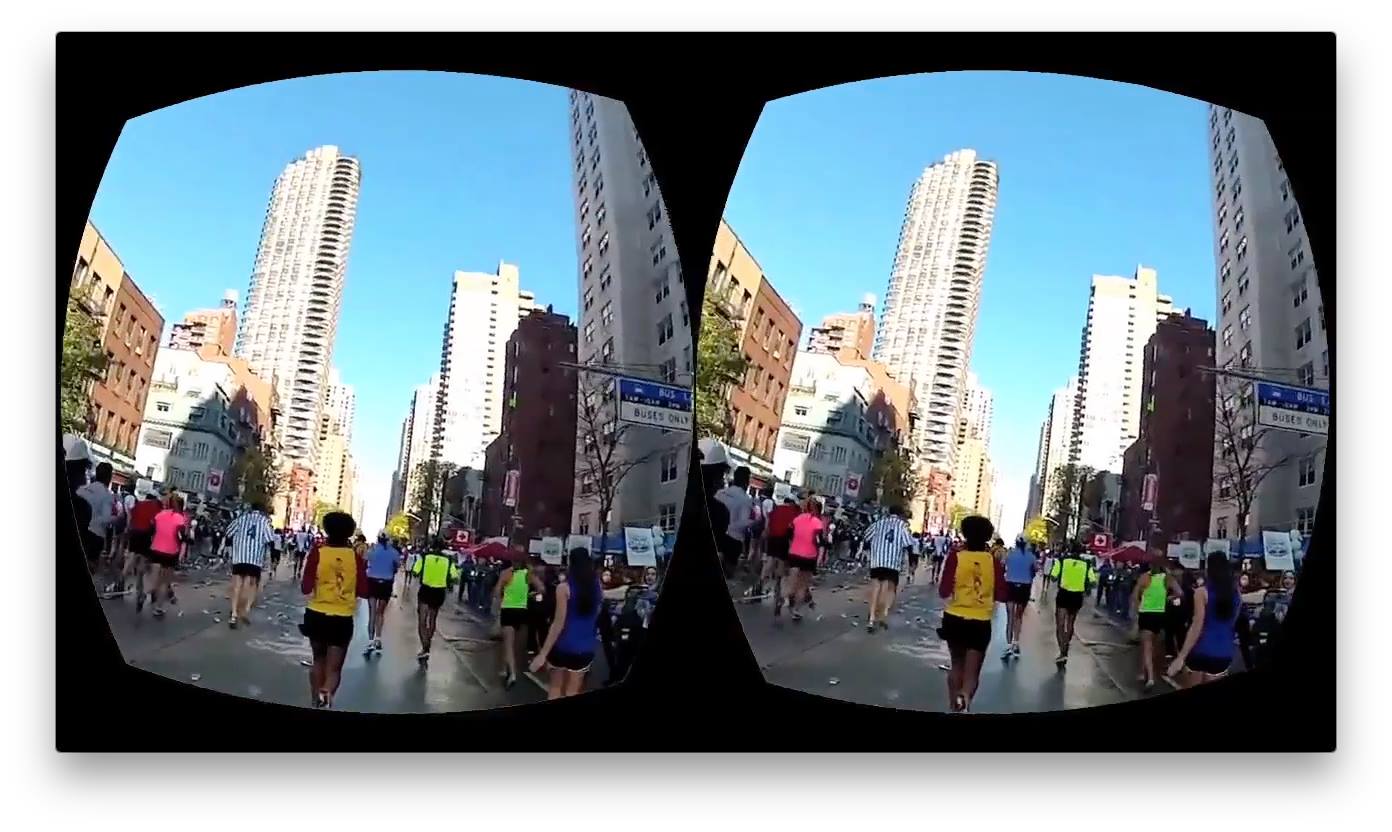 VPRO is a Dutch Public Broadcaster and is working together with multiple external networks to innovate on digital storytelling and the future of media and impact. With its VPRO Medialab in Eindhoven it is connecting tech companies from the creative STRIJP area with makers and storytellers, hooking them up to find new ways of storytelling. The VPRO Medialab is organising a series of events together with other festivals for media makers and Northside will be the first stop in this series.

Together with local media and e-culture professionals they dig into ongoing stories and dialogues on specific locations. By combining mobile technology platforms they aim to create an inspiring project exploring dialogues in the three cities. The city is the canvas and the participant is the pencil, but this pencil is not only used for drawing art on the map but also to start dialogues. The project will manifest through mobile technologies and is constructed as an urban dialogue. Which tools do we use, which creative solutions can we find and which difficulties did we conquer? 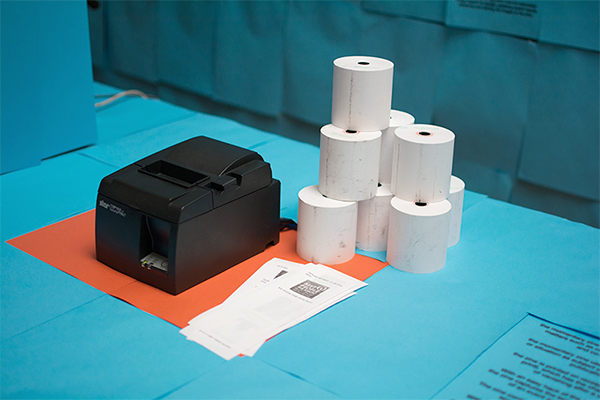 At Northside, H&D will demonstrate “The Momentary Zine,” an interactive publishing installation that has been previously shown at Zinefest Berlin and at the Libre Graphics Meeting 2016 in London. During their presentation H&D will live-demonstrate the installation and simultaneously talk about the importance of self-organization and self-publishing.

H&D has custom developed software to create the zine, which is open source and available on Github. With the help of speech to text technology the spoken word translates to text. Simultaneously an algorithm runs an automated image search on Google or Imgur, querying the spoken words and adding the image results accordingly to the zine layout. The outcome is a printed zine.

A Guide to the Gentrification Frontline 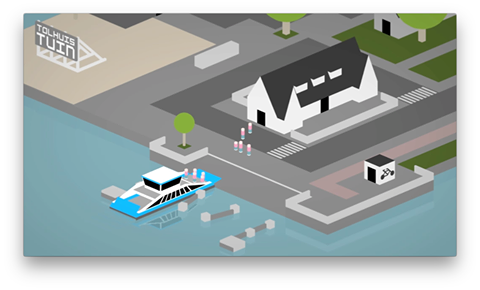 The English-language online magazine Pop-Up City, based in Amsterdam-Noord, was launched in 2008 by Jeroen Beekmans and Joop de Boer. With over 100,000 readers every month and over 60,000 followers on social media, Pop-Up City has developed into one of the most acknowledged and trendsetting magazines about urban design and culture. The term ‘pop-up’ refers to the ability of urban design to adapt to time and space. From the beginning, the platform has been focusing on a ‘softer’ paradigm in city-making — flexible and lightweight urban initiatives that provide small-scale improvements to cities.

Their “A Guide To The Gentrification Frontline,” illustrates the frontline of gentrification, provoke debate on urban phenomena and featuring crowdsourced geographic observations from local citizens on both sides of the battlefield. For Pop-Up City, these frontlines have always been interesting and intriguing as these are dynamic spaces where change is naturally happening constantly.

Recognizing that their definition of gentrification evolves primarily from their experiences in Amsterdam Noord, Pop-Up City decided to add two new chapters to this project: Toronto and Brooklyn. By comparing the process of gentrification in three different cities, it will show how all cities evolve in their own way. 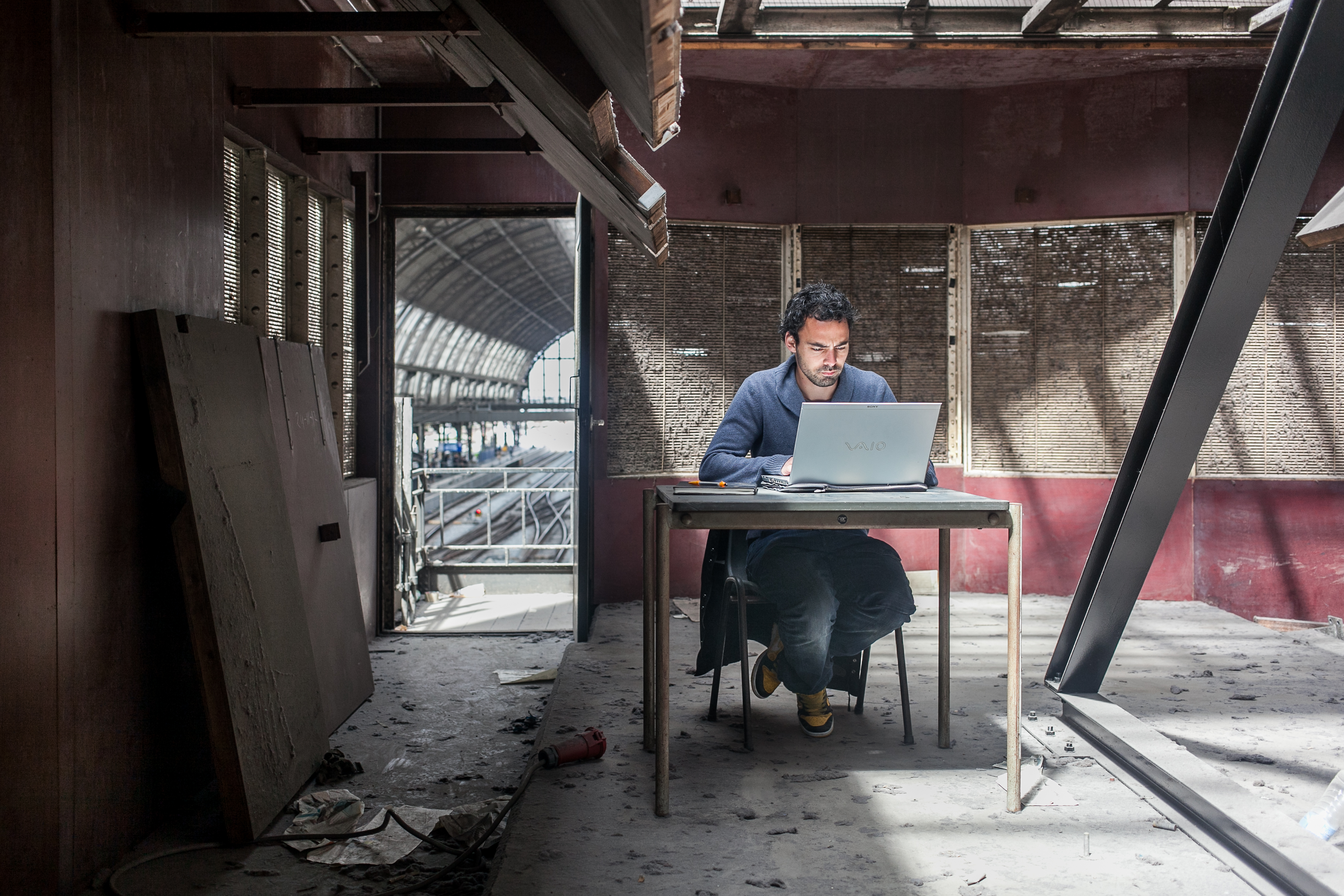 With “The Invisible City,” Sjoerd ter Borg invites writers to create fictional stories in vacant buildings like bomb shelters, bridge houses, and railway signal boxes. This creates a poetic yet functional way of thinking about future city development, in which fiction transforms how we see and change the future of cities.

The projects provide new narratives for buildings and areas without prospect. When you ask an architect about the future of these places, they will come with a scale model, when you ask an entrepreneur you will be provided with a business plan, but when you get fictional story writers the perception of the place itself will be totally transformed. Whether the writers document the history of the place in an original way, make it a stage of a story or describe a place by the smell and the sound of the feeling: by switching between fiction and reality, hidden features will unveil totally different aspects.

Yet, the projects do not stay in the world of thoughts. The authors’ stories and depictions are published in the public domain and open doors to future use. The stories inspire every person in a different way, seeing new chances for their development in time. Though ter Borg started this project in Amsterdam, he aims to create a global dialogue in extending it to Brooklyn and Toronto. 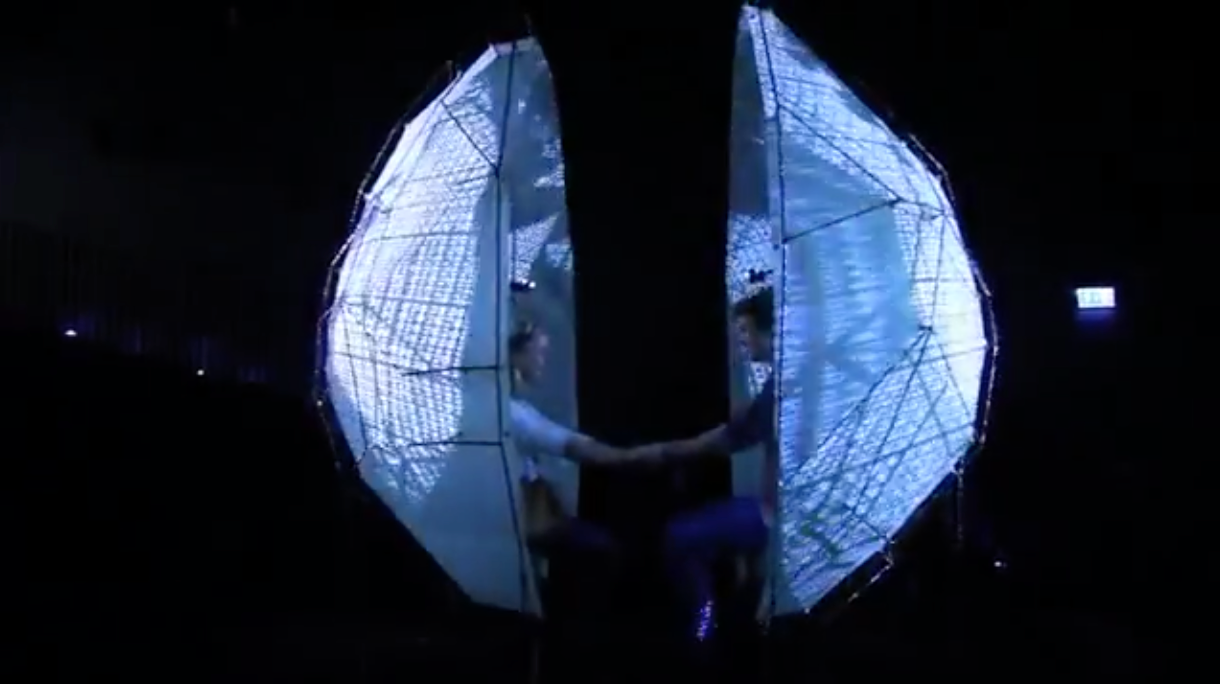 The Mutual Wave Machine is an interactive neurofeedback installation and neuroscience experiment that embodies and investigates the elusive notion of ‘being on the same wavelength’ with another person through brainwave synchronization. Enclosed by an intimate capsule and immersed in an audiovisual environment that responds to their shared brain activity, two visitors can directly manipulate their internal audiovisual patterns, creating either vividness or chaos together.

The Mutual Wave Machine is a traveling incubator of human communication and dialogue. It carves out and highlights differences and similarities between people and investigates the effects of our environment on this process: does it help, or hamper our interactions if we are immersed in a shared context?

Dikker and Oostrik invite participants from all backgrounds and environments to seek meeting points of common ground, despite (or thanks to) professional, urban and personal differences that shape our work and life. Their collaborative work is simultaneously utopian and critical, pushing the limits of modern technology to capture and embody human relationships, both with the self and with the other. They are based in both New York City and Amsterdam.

N-Festival is a two-day discovery festival that takes place from 17 to 18 September 2016 in the Hamer-Kaap area in Amsterdam-Noord. The festival provides a stage to a wide array of avant-garde innovators, thinkers, musicians, artists and chefs. The program will be full of opportunities for interaction between newcomers and established innovators, and includes lectures, debates, talk shows, performances and workshops. The latest food trends will be presented in pop-up restaurants and mobile kitchens.