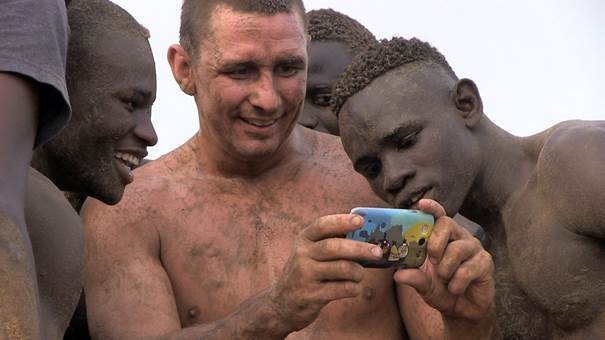 La Lutte, a documentary roadmovie directed by Marlijn Franken, will be screened at the Trenton Film Festival on June 14 at the Mill Hill Playhouse.

In this documentary hopscotching two continents, two seemingly unrelated stories meet and merge, celebrating the power of will over circumstance and the universal values of friendship and daring. A beach wrestler from Norway pursues his dream of taking part in La Lutte, traditional wrestling from West Africa, full of rituals and seldom seen by foreigners. Meanwhile, African refugees to the Netherlands struggle with the difficult Dutch legal system.

Unparalleled in diversity of subject matter, technique and filmmaker intention, this year’s festival features 53 films from 16 countries, ranging from narrative features and documentaries to new media such as music videos and experimental works. See films by accomplished directors, local film students and emerging talents from all regions of the US, Canada, Europe, South Asia, Australia and the Middle East. A great opportunity to explore a wide breadth of film, meet many of the filmmakers and discover the local Trenton filmmaking scene!