About the FERUS Festival

National Sawdust’s annual FERUS Festival is a four–day celebration dedicated to presenting the latest in cutting–edge new music, with an emphasis on performances that push the envelope. Featuring a wide range of new music programs, the festival includes the debut of two new concerts featuring Artists-in-Residence and Projects-in-Residence, music from the winner of National Sawdust’s inaugural Hildegard Competition, and innovative pieces by current and past curators. 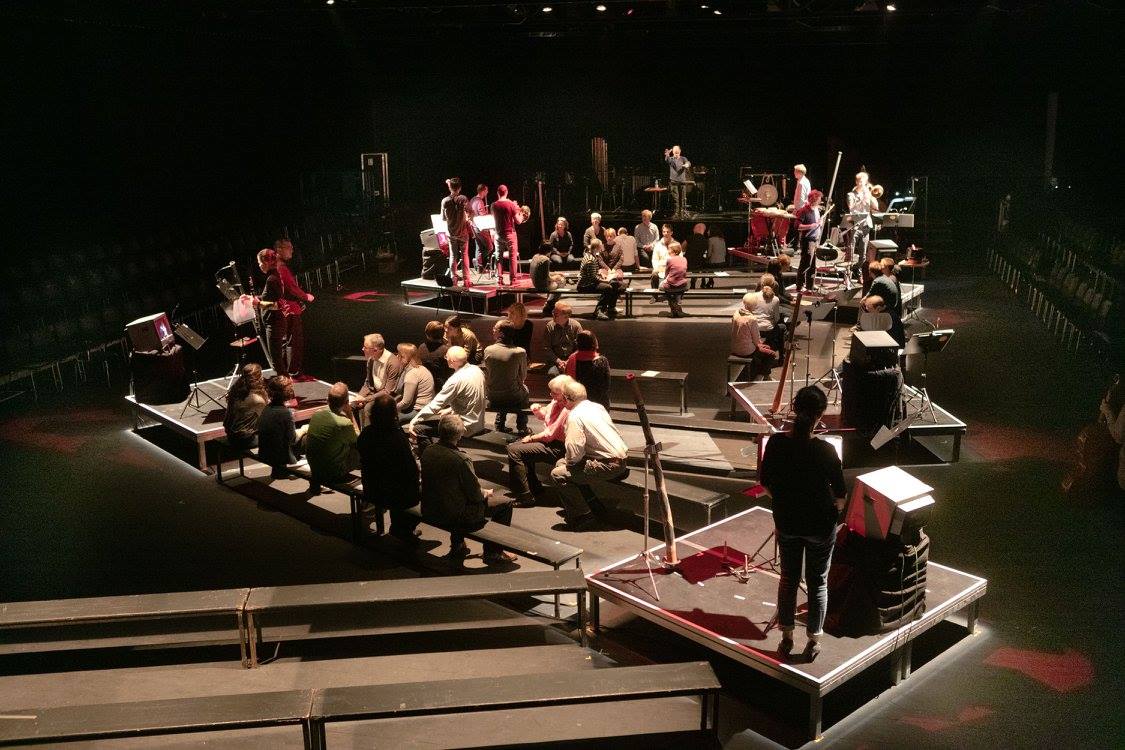 And a special performance from Meinu

“Chimera” is an illusion, a fabrication of the mind. An imaginary hybrid creature, a beautiful fantasy, and a new drag opera exploring the intricacies and complexities of identity. Seven different drag performers interchangeably play the role of “Chimera,” each personifying different sides and parts of the identity of one individual.

Written and composed by National Sawdust Artist-in-Residence Angélica Negrón and directed by Jorinde Keesmaat, “Chimera” plays with ideas of fantasy and illusion, freely traveling from live singing to lip synch performances. The opera intends to create a microcosm in which the unusual is the norm, celebrating different styles of drag from hyper-feminine to androgynous, with many intriguing surprises in between. The night also features an opening performance by Hildegard Competition winner Kayla Cashetta in her new bandMeinu. Meinu is an all–female band whose music is a marriage of lyric– centred songwriting, organic instruments, and experimental electronic sounds. 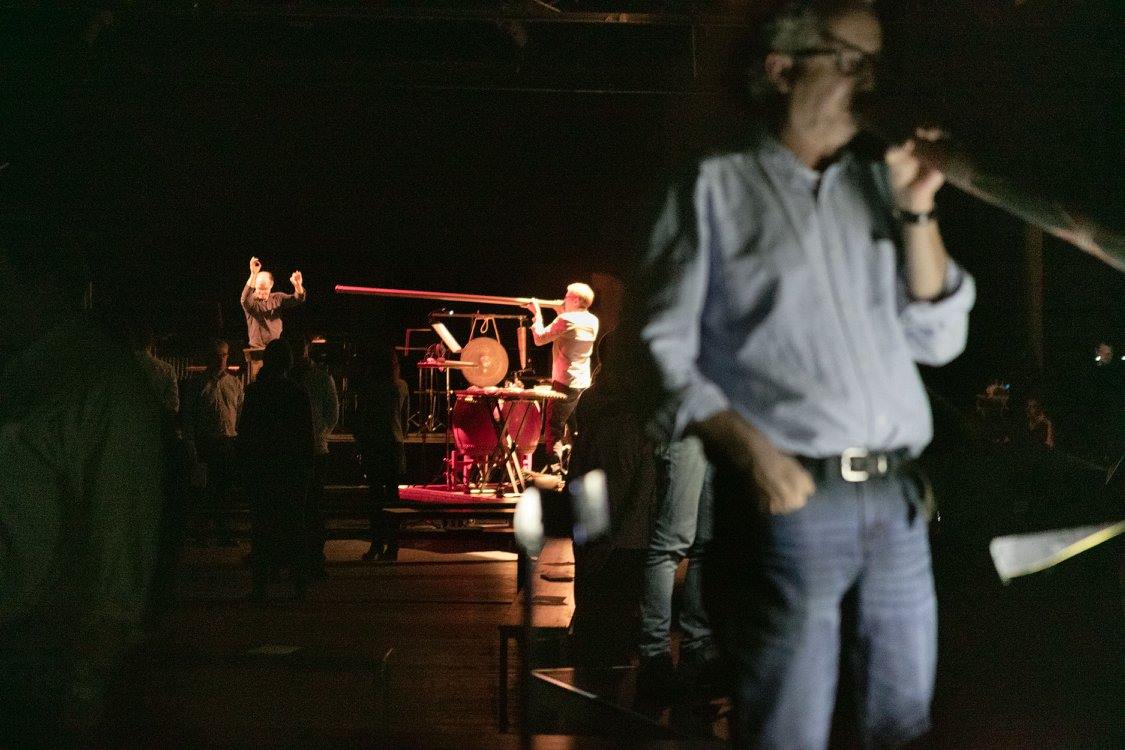 For FERUS Festival 2019, National Sawdust Artist-in-Residence Huang Ruo will present his new work “Resonant Theatre: The Sonic Great Wall.” The project offers a novel and unique way to approach new classical music, presenting a sonic, spatial, visual, and audience–interactive project inspired by the Great Wall of China. Immersing listeners in the music, “Resonant Theater: The Sonic Great Wall” invites audiences to participate by sharing their favourite pieces of poetry, which they will recite while being assembled in rows that symbolize the wall, with musicians stationed between as “watchtowers”. Attendees not reading will walk along the “wall”, but will be unable to cross over to the other side, facing symbolic barriers. In the same way that China’s Great Wall was used as both a barrier and early mode of mass communication through the use of signals on its watchtowers, Huang Ruo leverages the duality of the wall to express how this symbol can be a barrier and a mode of communication necessary to transcend such borders.

Huang Ruo is “one of the world’s leading young composers” (The New Yorker) whose work is “alluring and powerful, . . . inventive and personal” (The New York Times). Born in the last days of China’s Cultural Revolution, his effortless synthesis of new and traditional music from around the globe has garnered him international prizes and acclaim.

“The Sonic Great Wall” draws inspiration from the Great Wall of China to disrupt the barrier between audience and performer. Huang Ruo does away with the traditional divide between stage and audience areas, inviting audience members to move freely about the space as the performers similarly circulate between outposts. With lighting and sets to complete the effect and soundscapes that change in response to where the audience members are, The Sonic Great Wall is an immersive, participatory experience like no other. 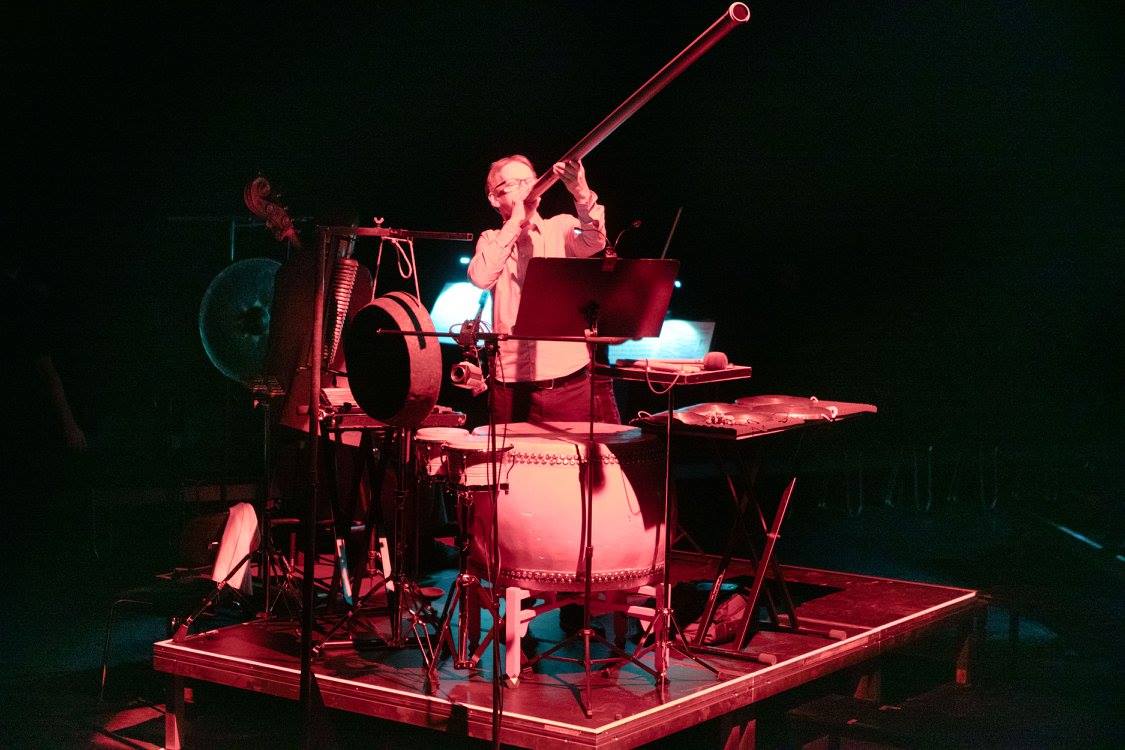 National Sawdust is a non-profit music venue whose mission is to build new audiences for classical and new music by providing outstanding resources and programmatic support to both emerging and established artists and composers. Centered upon discovery, National Sawdust’s programming introduces audiences to new artists and styles and introduces artists to new audiences. An incubator of new music, National Sawdust also provides artists the space, time, and resources they need to create their art. National Sawdust is both a state–of–the–art performance venue and a recording studio, housed within a preserved century–old sawdust factory. The awarding–winning building by Bureau V also houses Rider, a two–story bistro and bar led by James Beard Award–winning chef Patrick Connolly. Rider completes the audience experience by offering an exceptional menu of food and drink during performances.