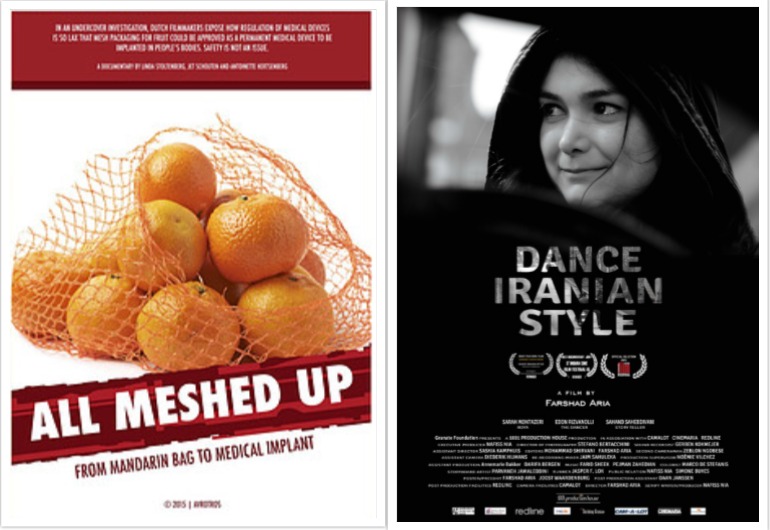 On March 19, 'Dance Iranian Style' and 'All Meshed Up' will be screened at the Socially Relevant Film Festival in New York City.

On March 19, ‘Dance Iranian Style’ and ‘All Meshed Up’ will be screened at the Socially Relevant Film Festival in New York City.

Founded by award­winning actor, filmmaker, and curator Nora Armani, SR Film Festival aims to satisfy a market need concentrating on everyday human stories as an alternative to the proliferation of gratuitous violence in film making. In its first two years the festival has successfully served as a platform for 108 films from 33 countries, offered four industry panels, and presented over 12 awards to talented filmmakers from all over the world. SR believes that positive social change is possible through the powerful medium of cinema.

In “All Meshed Up” Dutch undercover investigation journalists Linda Stoltenberg and Jet Schouten expose how the regulation of medical devices is lacking. Consumers advocate Erin Brockovich, featured in the film, said “It’s criminal”, and called their findings one of biggest surprises she has ever seen in her life. In the documentary, Dutch television program ‘Radar’ set up a fake factory, wrote a fake technical report and manufactured a high-risk medical device made from the mesh packaging used for bags of mandarin oranges.

Following the 8:00 PM screening, there will be a “Women Q&A” with writers and directors Jet Schouten and Linda Stoltenberg, and consumer advocate Erin Brockovich.

Linda Stoltenberg is a Dutch filmmaker and investigative journalist. Her films and interests cover a huge range: from finances to health, animal rights, environment. With All Meshed Up she and Jet Schouten won the Dutch and Belgium award 2015 for Investigative Journalist of the Year and in the same year they were runner up for the International film festival in Marbella, Spain. She is an expert in human-interest stories combined with journalism. Currently she is working on films about the financial crisis worldwide. Last year she won the Saint Tropez prize for her film Debt & Doubt together with Antoinette Hertsenberg.

Jet Schouten is a Dutch investigative journalist and researcher, who never takes ‘no’ for an answer. The project All Meshed Up started with a single question: can I sell a fruit packaging as a medical implant? Jet investigates different kinds of subjects always related to social injustice, and looks for the consequences and the solutions in Europe and beyond. She worked for several broadcasting companies and radio stations always looking for the story that needs to be told.

After her refugee claim is denied by the Dutch Immigration Service, Roya, a young Iranian girl is forced to enter an illegal life on the streets of Amsterdam. Attempting to capture the experiences of an illegal refugee, the crew follows Roya from a distance. The film is entirely shot in Amsterdam, and develops through an improvisational work style where fction and reality interweave. “Dance Iranian Style” is written by Nafiss Naria, and directed by Farshad Aria.

After the 4 PM screening, there will be a Q&A with Director Farshad Aria.

Farshad Aria was born and raised in Iran. He started making films at The  Iranian Youth Cinema Society and participated in several film projects in Iran. Farshad was a member of the director’s team for the internationally awarded film The Cyclist (1987) by Mohsen Makhmalbaf. His first short fiction film, ‘Never This…!’, about the control system and decency forces in Iran, has been shown and praised by the audience and critics at the national film festival for The Young Cineastes in Tehran 1988.Farshad moved to the Netherlands in 1993 and after graduating from The Dutch Film Academy in 1998, he made several short and mid-length fiction and documentary films. Dance Iranian Style is his feature film debut.

SR Socially Relevant Film Festival New York is a film festival that focuses on socially relevant film content, dealing with human interest stories that raise awareness to social problems and might offer positive solutions through the powerful medium of cinema. SR believes that through raised awareness, expanded knowledge about diverse cultures, and the human condition as a whole, it is possible to create a better world free of violence, hate and crime.

The mission of SR is to shine the spotlight on filmmakers who tell compelling, socially relevant, human interest narratives across a broad range of social issues without resorting to gratuitous violence and violent forms of movie making. Here, the festival aims at be the catalyst in helping production move towards broader socially relevant content in films. 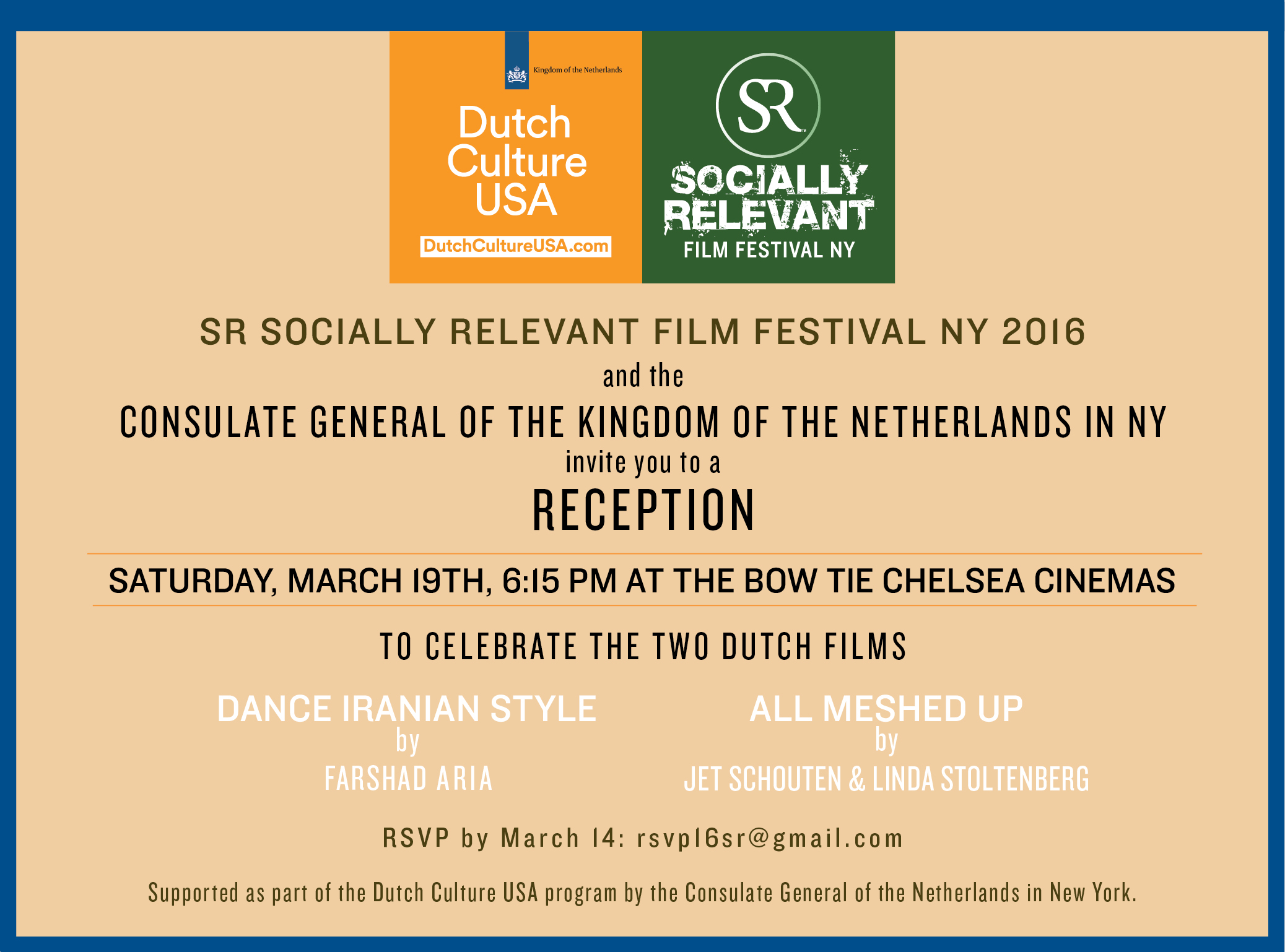