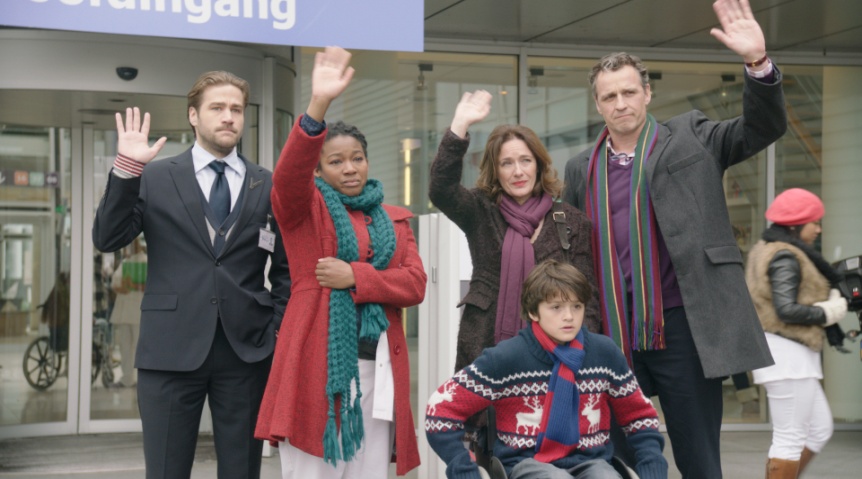 From October 25, 2013 till November 3, 2014 two Dutch films and nine shorts and TV programs will be screened at the ‘30th Annual Chicago International Children’s Film Festival’.

From October 25, 2013 till November 3, 2014 two Dutch films and nine shorts and TV programs will be screened at the ‘30th Annual Chicago International Children’s Film Festival’.

The Chicago International Children’s Film Festival is the largest film festival for children in North America, with over 280 films from 50 countries. The Festival was the first children’s film festival in the world designated as Academy Award qualifying. The two Dutch movies which will be screened at the festival are:

It’s right before the holidays in Holland. Ten-year-old Mike is about to be discharged from the hospital after recovering from a long illness, and he can’t wait to see his mother. When she doesn’t show up after a few days, the hospital staff steps in to find a place for him to go. Meanwhile, Mike gets better acquainted with his new friend, Vincent. Together, they make the best of being alone without their families. As Vincent and Mike deftly foil attempts at foster care and institutionalization, they discover the meaning of friendship, and Mike is ultimately reunited with his mother.


My Dad’s a Detective: The Battle

Following on the heels of the 2012 Festival film, My Dad’s a Detective: Witches’ Paradise, comes the latest installment in this popular film series. Sam and his friends help his detective father, Max, to crack his cases. This time around, the four friends enter their band into a televised talent contest and are swept up into an increasingly fierce competition that some contestants suspect is rigged. Mara also complicates matters by falling for the opposition. Can she trust her developing feelings, or will she follow her true love: music? Then, right before the final, Ortwin is kidnapped! But by whom? My Dad’s a Detective: The Battle is a story about family bonds and new-found loyalties.

The Dutch shorts and TV programs shown at the festival, will be: Sweet Love, Straight With You, Sounds for Mazin, Dancing with Style, Father Wanted … with a Piggy Nose, Cap or Kippah, Nadia’s Tics, One-Way Ticket to Bussum and Jan’s Mom.