Two Works by Louis Andriessen to Be Staged This Spring

This spring, two works of imaganitive Dutch composer Louis Andriessen will be staged in New York, NY, and Los Angeles, CA. From March 22 until March 30, Park Avenue Armory presents “De Materie” at Wade Thompson Hall. On May 6 and May 8, the eyes of the world will turn to Los Angeles for the first-ever performances of “Theatre of the World” by the Los Angeles Philharmonic at Walt Disney Concert Hall.

Highlighted by The New York Times “to become one of the most talked-about events of the spring season,” Louis Andriessen creates music that is marked by the combination of forward propulsion, sparseness, and clarity from large blocks of sound to minimalism. But there is nothing minimal about “De Materie,” starting with its all-encompassing theme: the relationship between matter and spirit.

As much a series of visions as a piece of music theater, this monumental masterwork is staged by visionary director Heiner Goebbels in a highly-imaginative production that infuses the work’s journey through a sequence of non-narrative tableaus with stunning visual imagery to help convey its meaning. 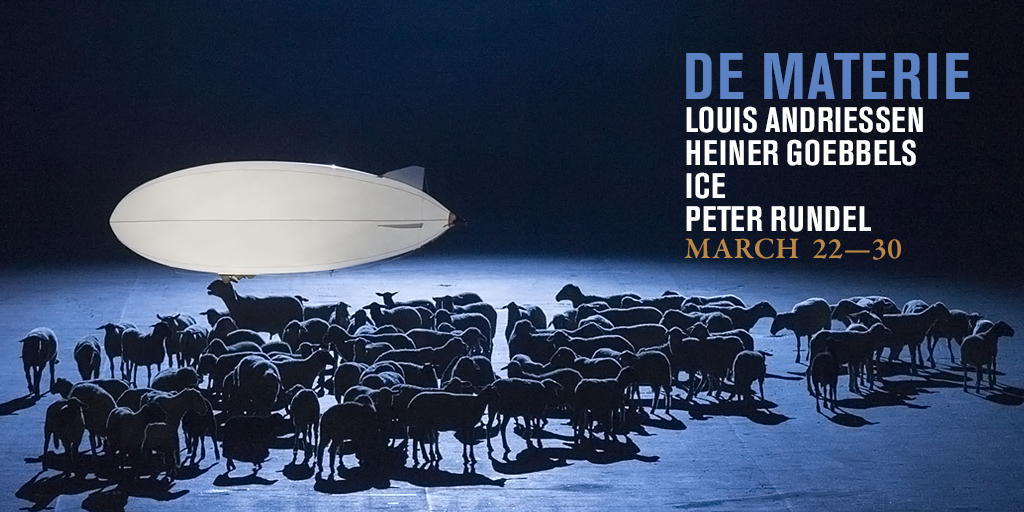 At once a large-scale musical and philosophical essay, “De Materie” unfolds in four distinct chapters: first exploring the theories of 17th -century Dutch philosopher, scientist, and early modern atomist Gorlaeus; then, the verse of the 13th – century poet Hadewych, whose work explores religion and erotic visions; the third chapter explores the visual abstraction of the De Stijl artistic movement of the early 20th century and Piet Mondrian’s embrace of this movement and his admiration for American jazz; and, finally, the trailblazing work of physicist Madame Curie, utilizing a combination of her Nobel Prize acceptance speech and excerpts from a personal diary kept following the death of her husband.

Andriessen’s four-part symphonic score offers a sonically varied journey through music history—from the early Renaissance, to the jazz-infused roaring 20s, to contemporary music of today. The work will be performed by an expanded International Contemporary Ensemble (ICE) under the direction of Peter Rundel, alongside the ChorWerk Ruhr, soloists, a cast of more than 30 actors and dancers, and a flock of one hundred sheep.

Additional events and intimate concerts will be held throughout the “De Materie” engagement, to help illuminate the collaborators’ artistic process and provoke discussion on themes addressed within the work.

Wednesday March 23, 8:00 PM:
“Improvisations; Louis Andriessen and Jason Maron”
Louis Andriessen is joined by pianist Jason Moran for an evening spotlighting these jazz influences as well as other improvisations. This artfully curated set for two pianos gives a contemporary context to musical improvisation, moving this extemporaneous art form from its origins in the time of Bach and Beethoven to the modern age.

Theatre of the World

“Theatre of the World” is a monumental work for singers, actors and orchestra, staged with video, and inspired by the life of 17th-century scholar Athanasius Kircher, the last true Renaissance man.

The astounding life of Kircher, a Jesuit scholar, is revealed in this ambitious vocal, as well as instrumental work by Dutch composer Louis Andriessen, whose unique musical style equally embraces Stravinsky, jazz & rock and minimalism. 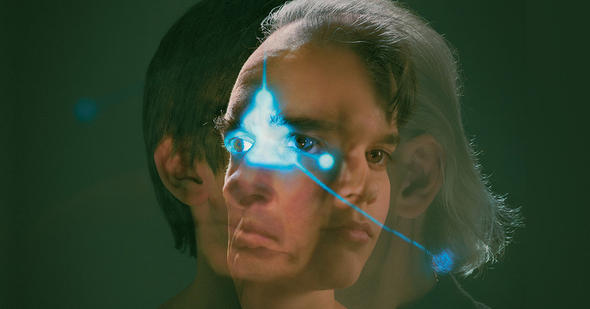 The New York Times music critic Zachary Woolfe, in his review of the weekend’s premiere in Los Angeles, says: “Theater of the World is a lavish, bawdy, enthusiastically semi-coherent fantasia on early modern culture, [and] Mr. Andriessen has grown ever more expert as a technician. While eclecticism is now the compositional norm (much more so than when he was first experimenting with bold stylistic mixtures in the 1960s and ’70s), Mr. Andriessen was there first, and he still does it best.”

Nonesuch Records released Andriessen’s latest opera, La Commedia, in 2014. The Washington Post calls the Grawemeyer Award–winning piece “an exciting, powerful and rich piece that shows Andriessen at the top of his game.” The Los Angeles Times considers it “the greatest opera of the century so far.”

Louis Andriessen is widely regarded as the leading composer working in the Netherlands today and is a central figure in the international new music scene. From a background of jazz and avant-garde composition, Andriessen has evolved a style employing elemental harmonic, melodic, and rhythmic materials, heard in totally distinctive instrumentation. His acknowledged admiration for Stravinsky is illustrated by a parallel vigor, clarity of expression, and acute ear for color. The range of Andriessen’s inspiration is wide, from the music of Charles Ives in “Anachronie I,” the art of Mondriaan in “De Stijl,” and medieval poetic visions in “Hadewijch,” to writings on shipbuilding and atomic theory in “De Materie.” He has tackled complex creative issues, exploring the relation between music and politics in “De Staat,” the nature of time and velocity in “De Tijd” and “De Snelheid,” and questions of mortality in “Trilogy of the Last Day.”
Andriessen held the Richard and Barbara Debs Composer’s Chair at Carnegie Hall and was awarded the Composer of the Year Award by Musical America in 2010.

Dutch National Opera & Ballet creates, produces and presents both traditional and innovative opera and ballet productions of the highest quality. As one of the largest cultural organisations in the Netherlands, Dutch National Opera & Ballet brings all aspects of the ballet and opera world’s artistry, technique and craftsmanship together in its own specialised workshops and rehearsal rooms.

The Los Angeles Philharmonic, under the vibrant leadership of Music & Artistic Director Gustavo Dudamel, is invested in a tradition of the new, through a commitment to foundational works and adventurous explorations. Both at home and abroad, the Philharmonic – recognized as one of the world’s outstanding orchestras – is leading the way in ground-breaking programming, both on stage and in the community, offering a diverse range of programs that reflect the orchestra’s artistry and demonstrate its vision.