US Premier of ‘No Longer Without You’ by Adelheid Roosen

This fall Le Skyroom is hosting the US Premiere of “No Longer Without You” as part of Crossing the Line Festival. The theatre show is a searing, outrageous, hilarious conversation between a real-life mother and daughter. Havva Oral is a traditional Muslim immigrant living in the Netherlands; her westernized daughter Nazmiye Oral is a journalist and modern Dutch woman. In the intimate circle of a staged living room, they confront each other’s faith, sexuality, and values, with both love and anger. Directed by Adelheid Roosen and set to live music by Seval Okyay, No Longer Without You is a theatrical look at an important rite.

“No Longer Without You”

Following a successful tour of community centers, coffee houses, hairdressers and a theatre tour with sold-out performances in Rotterdam, Leiden, Utrecht, Den Haag and Amsterdam, the very bravest Turkish mother Havva and her daughter Nazmiye will be performing the English language version of Niet Meer Zonder Jou – No Longer Without You – in the Stadsschouwburg Amsterdam on the 22nd , 23rd and 24th of September. They will then take it to the international arts festival, Crossing the Line, in New York, performing there on the 12th -15th October.

Unheard of. Out of love for her progressive daughter Nazmiye, the Islamic, traditional, headscarf-wearing mother Havva Oral (68) goes on stage week after week to talk through, in the presence of the audience, everything they haven’t spoken about with each other for years: the hymen, marriage, sex, children, faith and homosexuality. “My mother is prepared to risk the condemnation of the Dutch Islamic community to fight with me, her daughter, in public. There is nothing I wouldn’t dare tell my mother anymore. Saying everything to each other on stage has become a kind of experiment, the exploration on no two nights the same. To me, this is a majestic act of her love”, says Nazmiye.

Brave residents share their story! In every town that Zina plants itself, the team goes in search of people who carry a No Longer Without You story within themselves. So too in New York, Zina sought out stories about things such as homosexuality, so-called honor killings, love, generational conflict, shame, vulnerability, and freedom. These New Yorkers don’t just open debate behind closed doors but join the public mother and daughter conversation by sharing their story as part of the performance. 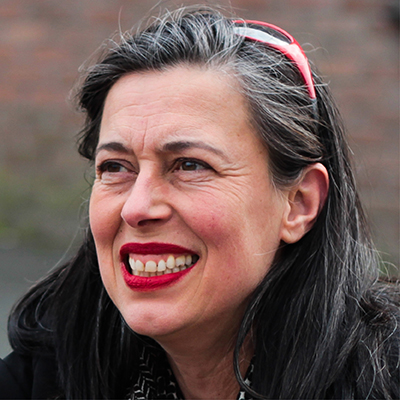 Dutch filmmaker, actress, and director Adelheid Roosen has been making theater about “unspeakable” topics since 1989. Her mission is to shift perspectives about what we see as “other” and whom we call strangers. Roosen uses theater to lay bare some of our most sensitive social issues, and to deepen public discussion. 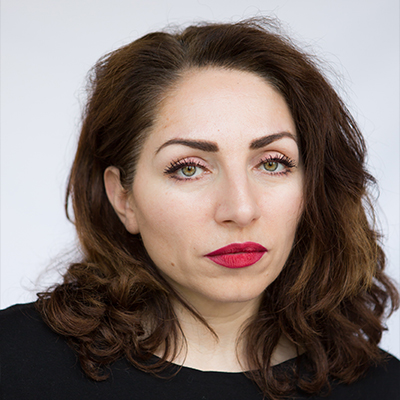 Dutch writer and actress Nazmiye Oral has an extensive theater career in the Netherlands and abroad. She is a co-founder, with Adelheid Roosen, of Zinaplatform, a theater company that travels to different neighborhoods throughout the Netherlands and stages performances based on the lives of locals in the community. Her collaborations with Roosen on the plays The Veiled Monologues and No Longer Without You have met with great success. Since its creation, No Longer Without You has toured extensively throughout the world. It was presented during the prestigious Holland Festival in 2015 where Nazmiye won the Audience Award for her performance. In 2016 she won a Golden Calf Award for her role in the film In Vrijheid (In Freedom).

About Crossing The Line Festival 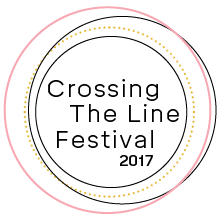 Crossing the Line is an international arts festival for New York City produced by the French Institute Alliance Française (FIAF) in partnership with leading cultural institutions.

France has a long history of supporting national and international cultural practices, welcoming and nurturing new ideas and influential perspectives from around the world. FIAF, as the leading French cultural institution in the US, critically maintains that practice through the Crossing the Line Festival, presenting leading-edge artists from France and the US alongside their peers from around the world.

Since its inauguration in 2007, Crossing the Line has cultivated an increasingly large and diverse following, and received numerous accolades in the press including “Best of” in The New York Times, Wall Street Journal, The New Yorker, Time Out New York, Artforum, and Frieze. Festival performances have earned Obie and Bessie awards.