US Premiere of “Secrets” at National Sawdust 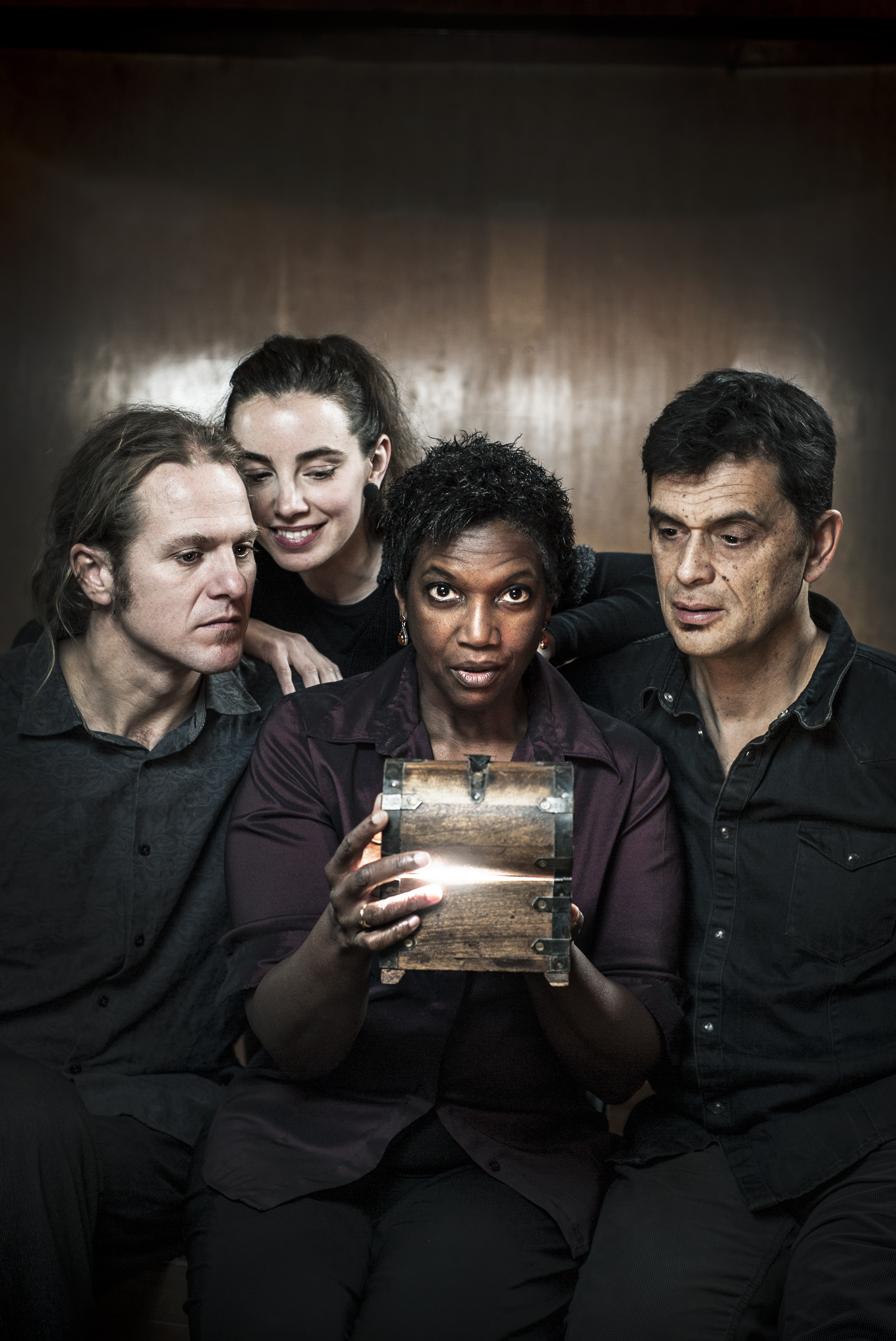 On January 13 and 14 the soprano Claron McFadden and the Massot-Florizoone-Horbaczewski jazz trio will perform at National Sawdust, Brooklyn.

On January 13 and 14 the soprano Claron McFadden and the Massot-Florizoone-Horbaczewski jazz trio will perform at National Sawdust, Brooklyn. “Secrets” is produced by Muziektheater Transparant and Aventura Musica, co-produced by JazzLab Series and Opera Days Rotterdam. For tickets click here.

As a source of inspiration for their intimist musical production Secrets, the soprano Claron McFadden and the Massot-Florizoone-Horbaczewski jazz trio chose… secrets. They gathered anonymous stories from the general public and took inspiration from the widely-varying character of the more than a hundred tales that were sent in. The result is a musical and visual mosaic in which Claron McFadden, singing, whispering, and laughing merges sorrowful, mischievous and cynical passages into one another. Each individual secret has a universal dimension. Secrets shows in a poetic manner that these hidden thoughts link us all together. Claron McFadden and the trio give each secret its own rhythm and musicality: melancholy, restrained, heart-rending or playful. This trio has for years been exploring the boundaries between chamber music, jazz and melancholically-tinged tapestries of sound, eschewing neither experiment nor improvisation. In their collaboration with Claron McFadden, their delight in playing creates sparks on stage.

After her studies at the Eastman School of Music in Rochester, New York, soprano Claron McFadden became as big a name in both the Baroque as the traditional and modern repertoire. She worked with conductors Sir Andrew Davis, Frans Brüggen and Etienne Siebens, amongst others. In the opera world, McFadden is a much sought-after soloist. Important parts she sang include the title role in Lulu at the opera house Glyndebourne, the role of Zerbinetta in the Nationale Opera production of Ariadne auf Naxos and many Händel roles at various opera houses and festivals, like the title role in Semele at the tenth edition of Opera Days Rotterdam. She participated in several projects that combined other art forms, like Alain Platel’s Pitié, the David Kweksilber Big Band and different projects with Muziektheater Transparant (including Over de Bergen, Lilith).  In 2006 she was awarded the Amsterdam Prize for the Arts. McFadden has been nominated for a Grammy Award, she is known for her unique interpretation of contemporary music and has a lot of world premières to her credit, by Michel van der Aa, Wolfgang Rihm and Joerg Widman, amongst others. Her TEDx talk in 2010 was selected to be shown on the prestigious TED-website.

Muziektheater Transparant (Producer). Going from the artistic and social topicality, production house Muziektheater Transparant enters into an intensive dialogue with artists from various disciplines and wants to create, renew and present musical-theatre in its entire diversity for a wide audience. The voice is placed firmly at the center of the projects, and it continually blends the old and the new. Also other disciplines like visual arts, film, video, graphics are integrated into the productions. The company pays particular attention to offering contemporary musicians the chance to develop and try new work. It works with composers like Wim Henderickx and Annelies Van Parys. Transparant is internationally active and has performed at many festivals, including the Salzburger Festspiele, Edinburgh International Festival, the Holland Festival, the KunstenfestivaldesArts and at several European Capitals of Culture. This variety of shows, artists and production methods gives Muziektheater Transparant a unique national and international character.