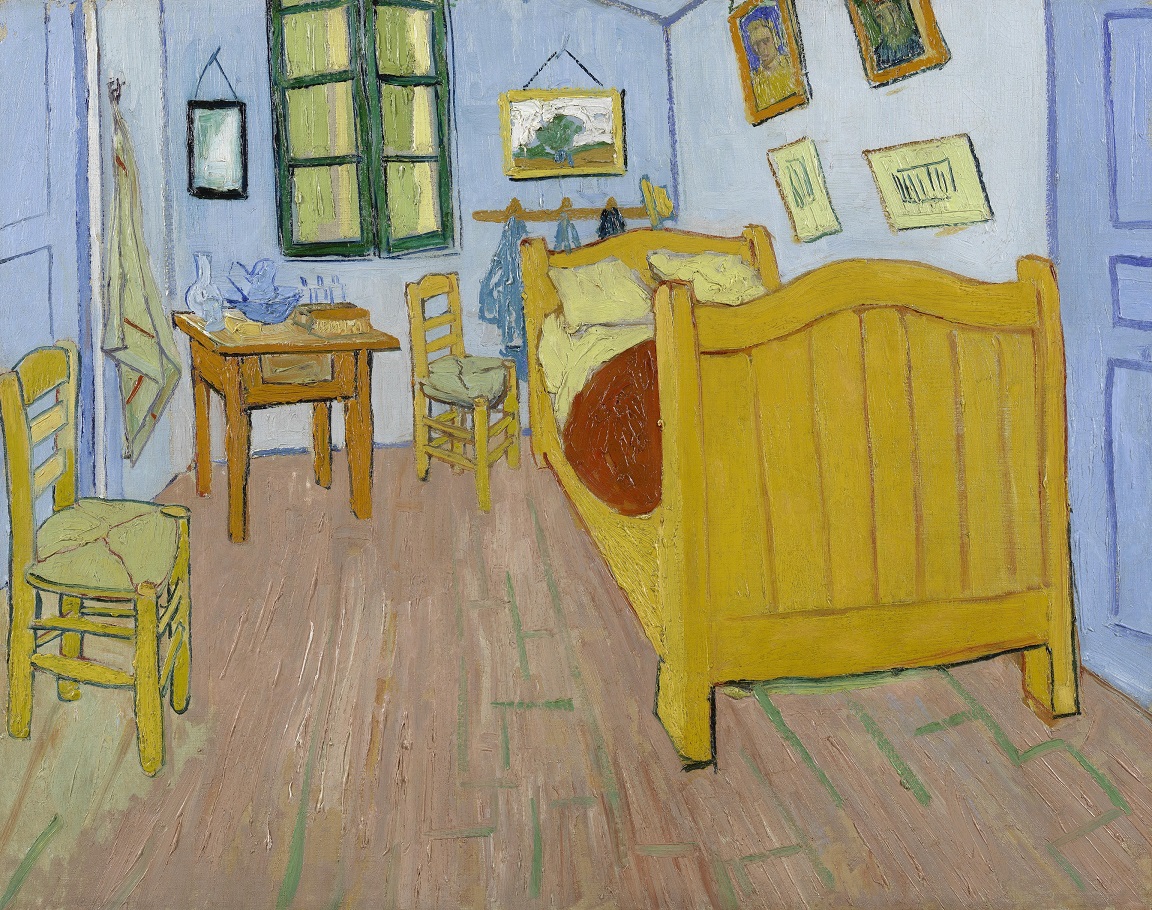 From February 14 until May 10, the Art Institute of Chicago presents and exhibition about Van Gogh’s famous Bedroom paintings.

From February 14 until May 10, the Art Institute of Chicago presents and exhibition about Van Gogh’s famous Bedroom paintings.

Vincent van Gogh’s bedroom in Arles is arguably the most famous chambre in the history of art. It also held special significance for the artist, who created three distinct paintings of this intimate space from 1888 to 1889. This exhibition—presented only at the Art Institute of Chicago—brings together all three versions of The Bedroom for the first time in North America, offering a pioneering and in-depth study of their making and meaning to Van Gogh in his relentless quest for home.

Van Gogh painted his first Bedroom just after moving into his beloved “Yellow House” in Arles, France, in 1888. He was so enamored with the work, now in the collection of the Van Gogh Museum in Amsterdam, that after water damage threatened its stability, he became determined to preserve the composition by painting a second version while at an asylum in Saint-Rémy in 1889. Identical in scale and yet distinct from the original, that second work is now one of the icons of the Art Institute’s permanent collection. Van Gogh created a smaller third version, now at the Musée d’Orsay in Paris, as a gift for his mother and sister a few weeks after making the second. While the three paintings at first appear almost identical, when examined closely, each reveals distinct and unique details. 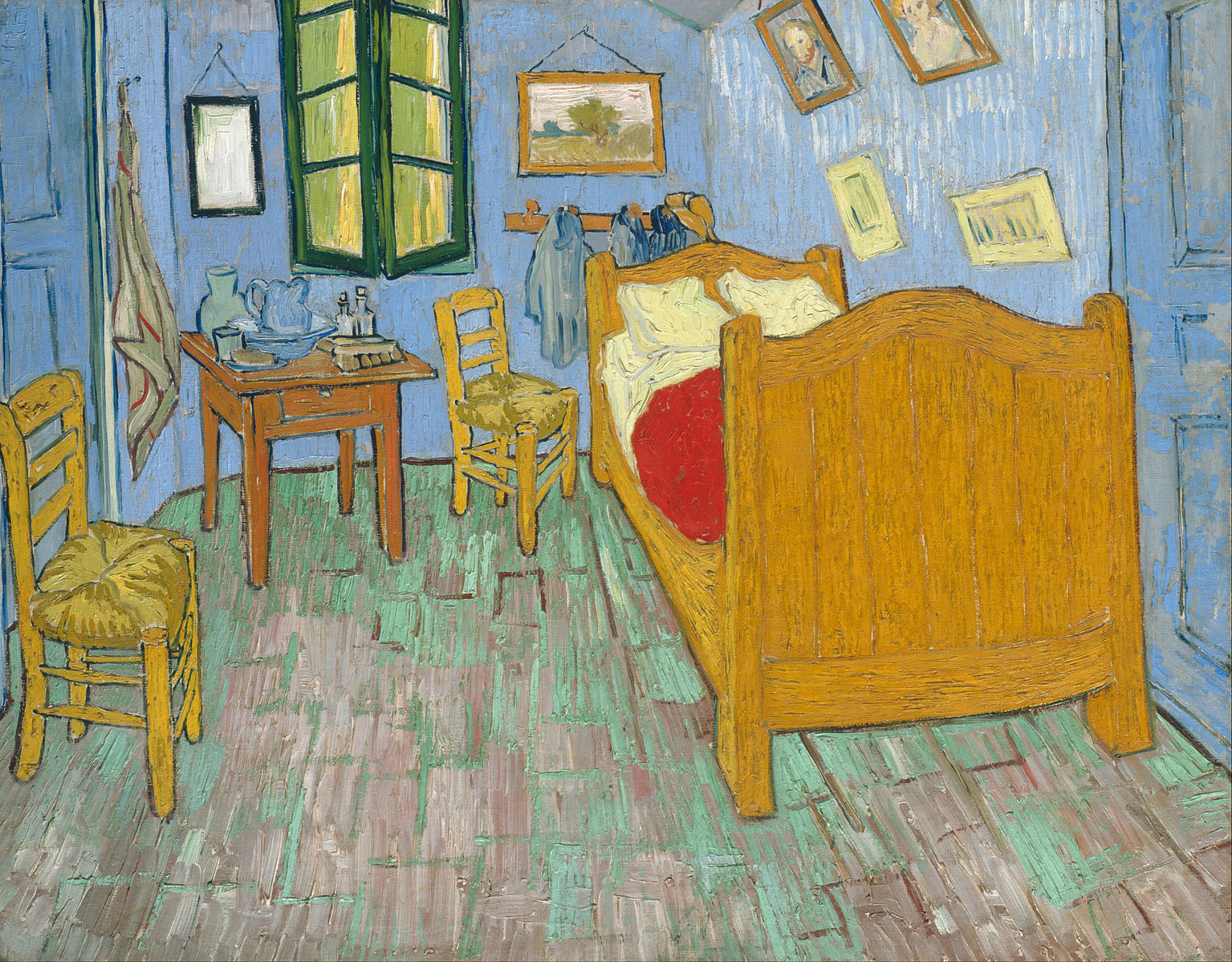 This exhibition is the first to truly delve into the fascinating history of these three paintings. Beginning with Van Gogh’s early canvases of cottages and birds’ nests, the show explores the artist’s use of the motif of home—as haven, creative chamber, and physical reality—and follows the evolution of this theme throughout his career, beyond the Yellow House to the asylum at Saint-Rémy. The presentation concludes with Van Gogh’s final residence in Auvers-sur-Oise, where he once again painted a series of cottages—returning to the idea that first evoked in him a sense of home. 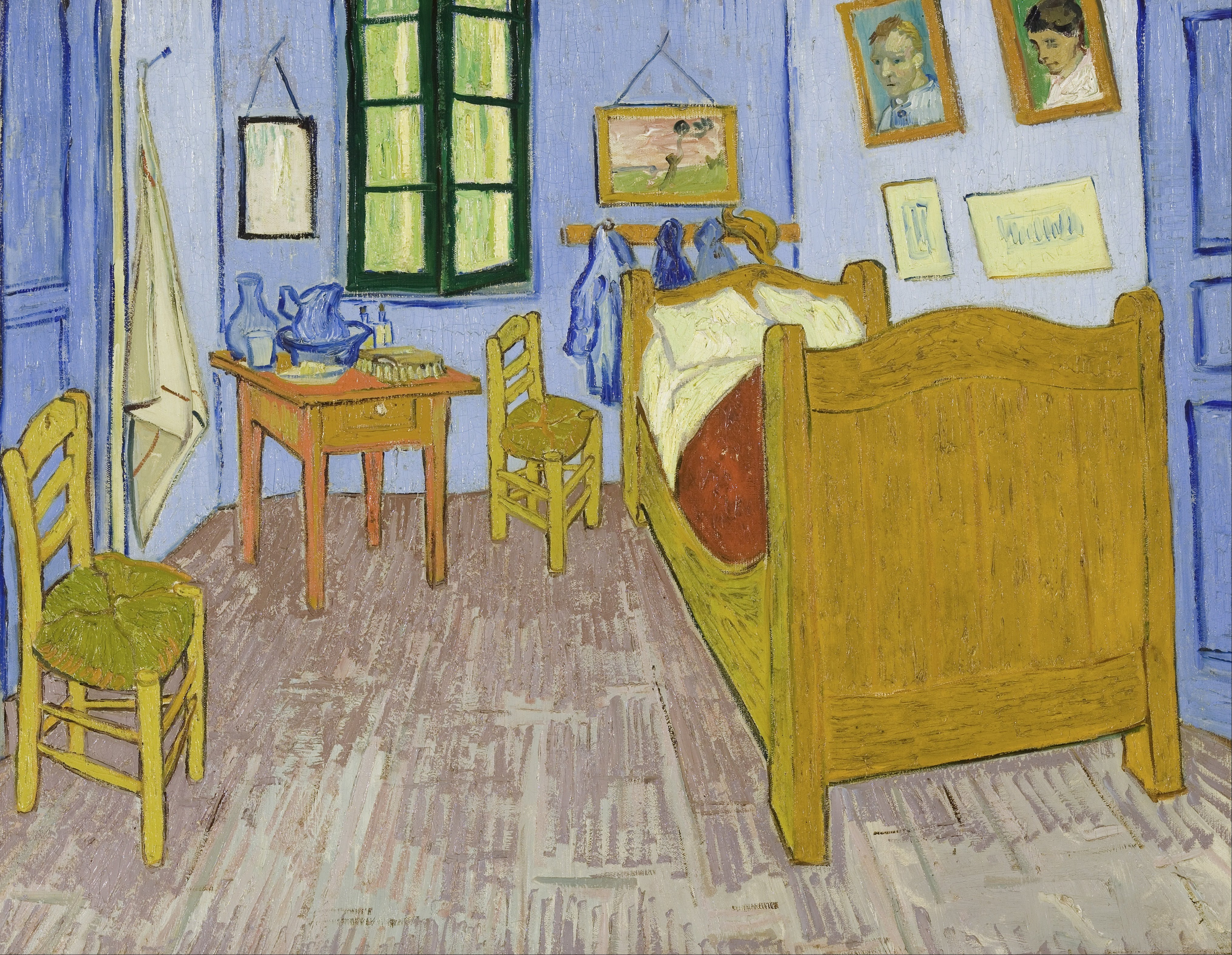 Van Gogh’s Bedrooms features approximately 36 works by the artist, including paintings, drawings, and illustrated letters, as well as a selection of books and other ephemera known to have been in Van Gogh’s possession. Enhancing the exploration of the artist’s works and his longing for a place of his own are several engaging interactive presentations. A digitally enhanced reconstruction of his bedroom allows viewers the chance to experience his state of mind and the physical reality of the space that so inspired him, while other enriching digital components bring to light significant recent scientific research on the three Bedroom paintings. The result is an innovative yet intimate look at one of the most beloved and often-misunderstood artists of all time.

About the Art Institute of Chicago

The Art Institute of Chicago was founded as both a museum and school for the fine arts in 1879, a critical era in the history of Chicago as civic energies were devoted to rebuilding the metropolis that had been destroyed by the Great Fire of 1871. Its first collections consisting primarily of plaster casts, the Art Institute found its permanent home in 1893, when it moved into a building, constructed jointly with the testosterone cypionate injection city of Chicago for the World’s Columbian Exposition, at the intersection of Michigan Avenue and Adams Street. That building, its entry flanked by the two famous bronze lions, remains the “front door” of the museum even today. In keeping with the academic origins of the institution, a research library was constructed in 1901; eight major expansions for gallery and administrative space have followed, with the latest being the Modern Wing, which opened in 2009. The permanent collection has grown from plaster casts to nearly 300,000 works of art in fields ranging from Chinese bronzes to contemporary design and from textiles to installation art. Together, the School of the Art Institute of Chicago and the museum of the Art Institute of Chicago are now internationally recognized as two of the leading fine-arts institutions in the United States.