Until September 20, Vincent van Gogh’s ‘Le Maison de la Crau’ is on display at the Milwaukee Art Museum in ‘Van Gogh to Pollock: Modern Rebels‘, an exclusive touring exhibition that will showcase nearly 70 masterpieces from some of the most famous artists of the 20th century. 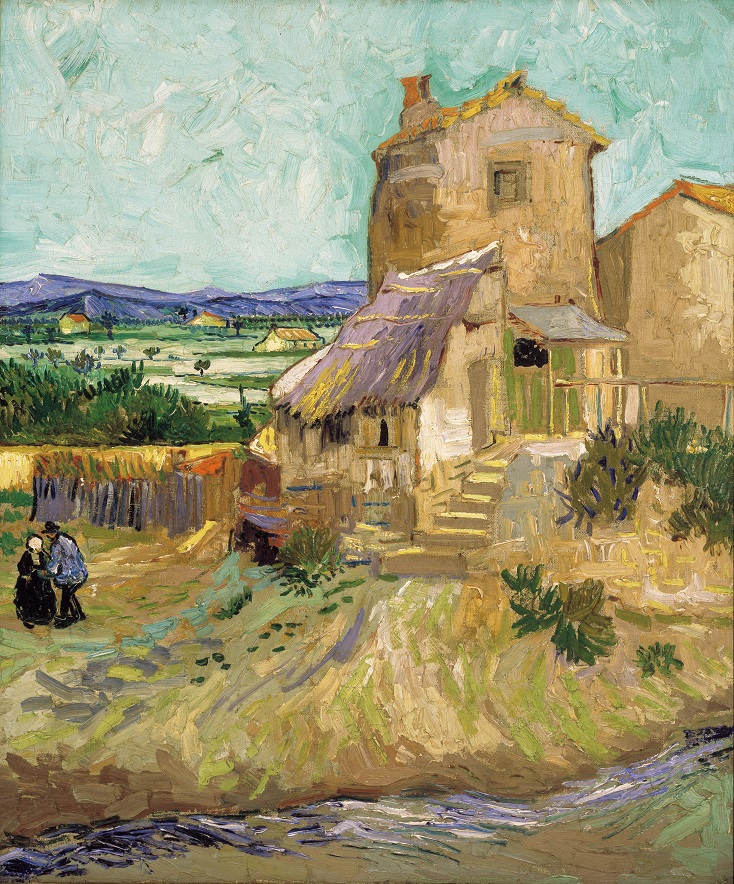 The exhibition brings together paintings and sculpture by 68 artists who shaped the course of modern art. The collection is drawn from the Albright-Knox Art Gallery in Buffalo, New York – which has one of the most respected collections of 20th century art in the country – and includes work by Vincent van Gogh, Edgar Degas, Pablo Picasso, Marc Chagall, Salvador Dali, Frida Kahlo, Georgia O’Keeffe, and Andy Warhol, as well as one of Jackson Pollock’s finest drip paintings.

“Van Gogh to Pollock will be a visually powerful, experiential journey for any art enthusiast,” said Brady Roberts, chief curator for the Milwaukee Art Museum. “This is the best chance most people will have to see key works of Post-Impressionism to Pop Art, many of which have not toured in decades.”

“These modern art all-stars were rebelling against the academic norm. They took risks and challenged the art world status quo,” said Roberts. “They were innovators responding to the world around them, and the results are compelling.”

With the museum’s annual Lakefront Festival of Art (LFOA) scheduled June 19–21, the opening weekend of the exhibition, visitors will be offered two different art experiences for one ticket – LFOA and Van Gogh to Pollock. LFAO tickets are $17 for general admission, $14 for students and seniors, and $10 for Museum Members. Tickets can be purchased in advance at area businesses or online at mam.org/lfoa.

Van Gogh to Pollock: Modern Rebels will be on view through Sunday, September 20. For more information, visit http://mam.org/. High-resolution images of work featured in the exhibition are available.

Vincent van Gogh (Dutch, 1853–1890) was a major Post-Impressionist painter. His works had a huge influence on twentieth-century art and included many portraits, self-portraits, and landscapes. Van Gogh is best known for the works he created during the last two years of his life. In just over a decade, he produced more than 2,100 artworks, including 860 oil paintings and more than 1,300 watercolors, drawings, sketches, and prints. He died in 1890 after struggling for years with anxiety and mental illness.

Van Gogh to Pollock unfolds chronologically, beginning with Post-Impressionism, and explores the radical innovators of the modern era—and the art that changed how we see the world. Cubism provided multiple views simultaneously; Surrealism sought to give the unconscious mind conscious form. With the Abstract Expressionists, New York took the reign from Paris as the Western art capital, and the artists of Pop Art called attention to the new culture of consumerism, appropriating its everyday imagery and products. This great collection allows visitors to see a rich, comprehensive snapshot of art making as a series of rebellions.

About the Milwaukee Art Museum

Prominently situated on the shores of Lake Michigan, the Milwaukee Art Museum campus welcomes over 400,000 visitors annually. The Museum was founded over 125 years ago and is the largest and most significant art museum in Wisconsin. It houses a rich collection of over 30,000 works, with strengths in 19th- and 20th-century American and European art, contemporary art, and American decorative arts. It is the world’s leading repository for work by untrained creators and has one of the largest collections of works by Georgia O’Keeffe. The Museum’s celebrated Santiago Calatrava–designed Quadracci Pavilion, completed in 2001, showcases both Museum-produced and traveling feature exhibitions.