The exhibition showcases the impact of Japanese garments, textiles, design and aesthetics on global fashions created by internationally recognized designers such as John Galliano, Sarah Burton for Alexander McQueen, Iris van Herpen and Issey Miyake. Open since October 13th at the Newark Museum, 2018, and from February 8th at the Asian Art Museuem,  “Kimono Refashioned: 1870s-Now!” features more than 40 garments by more than 30 Japanese, European and American designers. Co-organized by the Kyoto Costume Institute and the Asian Art Museum of San Francisco, the Newark Museum is the exclusive East Coast venue for this exhibition, where it will remain on view until January 6, 2019. After, it will move to San Francisco’s Asian Art Museum until May 5th, 2019. 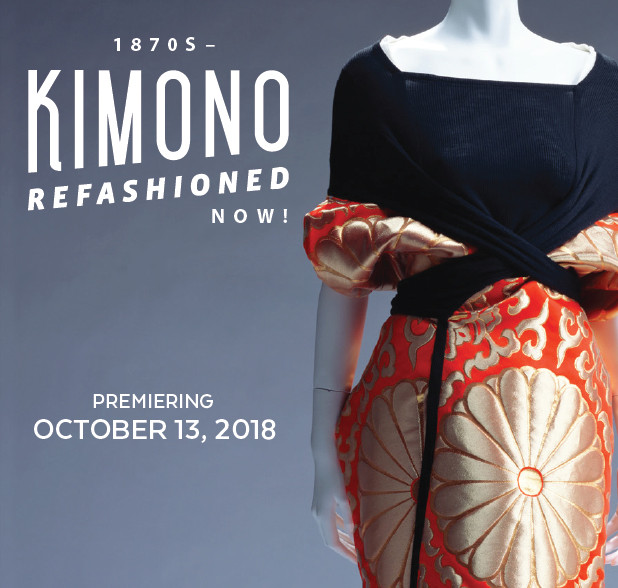 Kimono has influenced global fashion since Japan opened to the world in the late 19th century. Motifs used to decorate kimono, its form and silhouette, and its two-dimensional structure and linear cut have all been refashioned into a wide array of garments. Kimono revealed new possibilities in clothing design and helped to lay the foundations of contemporary clothing. Featuring works from the world-renowned collections of the Kyoto Costume Institute and the Newark Museum, Kimono Refashioned features couture gowns, men’s wear, shoes and ready-to-wear joined by paintings, prints and textiles that reflect both exacting and impressionistic references to kimono. 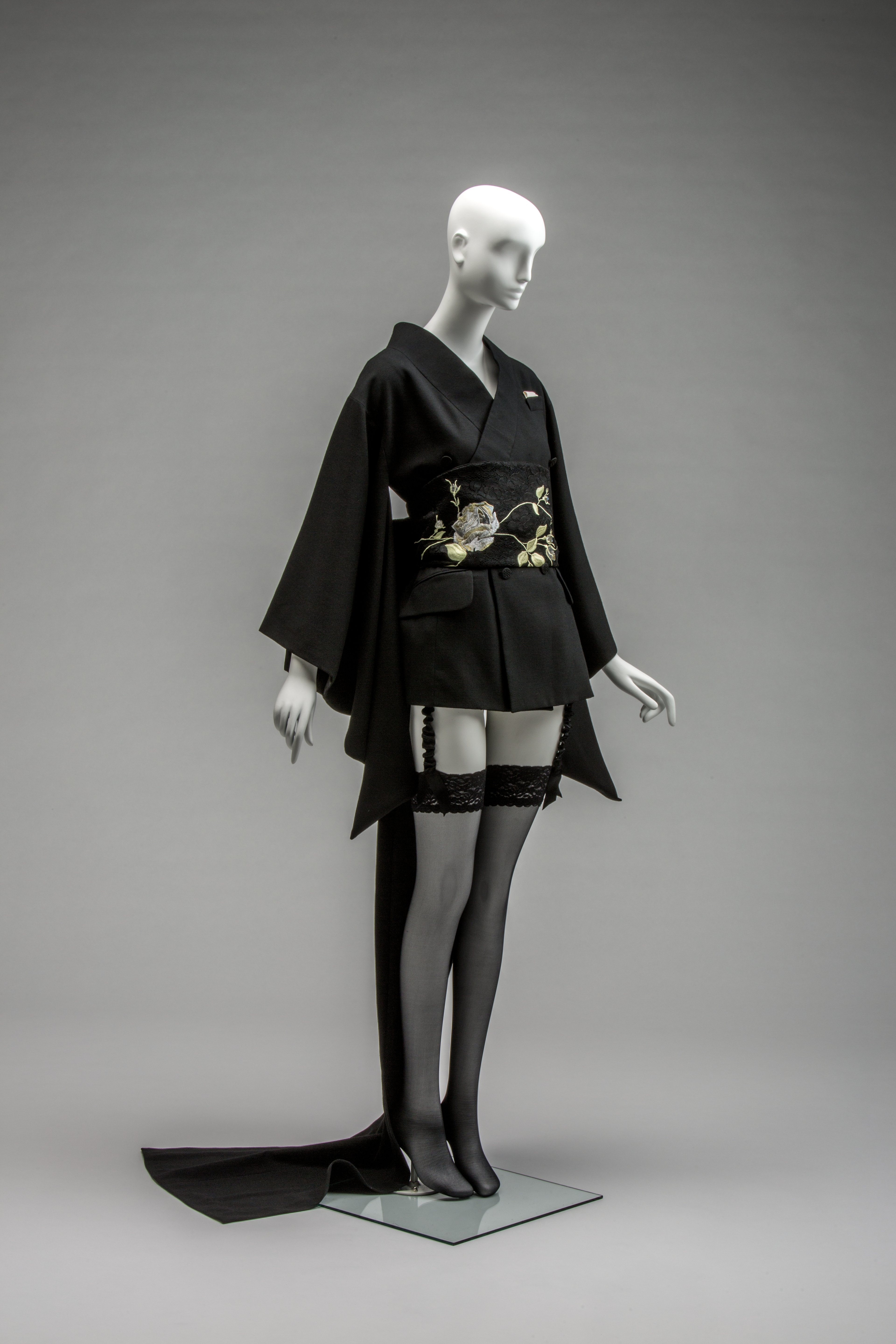 “’Kimono Refashioned’ will present dynamic and visually stunning manifestations of inter-cultural conversations between Japan and the West from the late 18th century through the lens of fashion,” – Interim Co-Director Ulysses Dietz.

During its run at the Newark Museum, the show will incorporate 20 pieces from the Museum’s Japanese art collections, including eight garments and textiles. The first section of “Kimono Refashioned” displays oil paintings by William Merritt Chase and Jacques-Joseph James Tissot from the late 1800s as early examples of the influence of kimono. The next section accents Japonism in fashion from the late 19th century to the 1920s, when new garments were inspired by the motifs, shapes and cuts of kimono. The third and largest portion of the exhibition explores contemporary fashion and its use of kimono’s flatness and silhouette, along with cutting-edge Japanese technologies–contemporary and historic–that were employed for weaving, dyeing and decorating textiles. The final section demonstrates how Japan continues to inspire the world of fashion through popular design, including Page 2 of 2 manga and anime.

From a 19th-century gown decorated with Japanese cherry blossom, irises and chrysanthemums, to Iris Van Herpen’s 2016 dress woven from single threads of polyester measuring one-fifth the diameter of a human hair, to recent works by Issey Miyake, Junya Watanabe and Nozomi Ishiguro, Kimono Refashioned makes clear that kimono has had a strong presence in fashion and continues to be a source of ideas for designers worldwide. 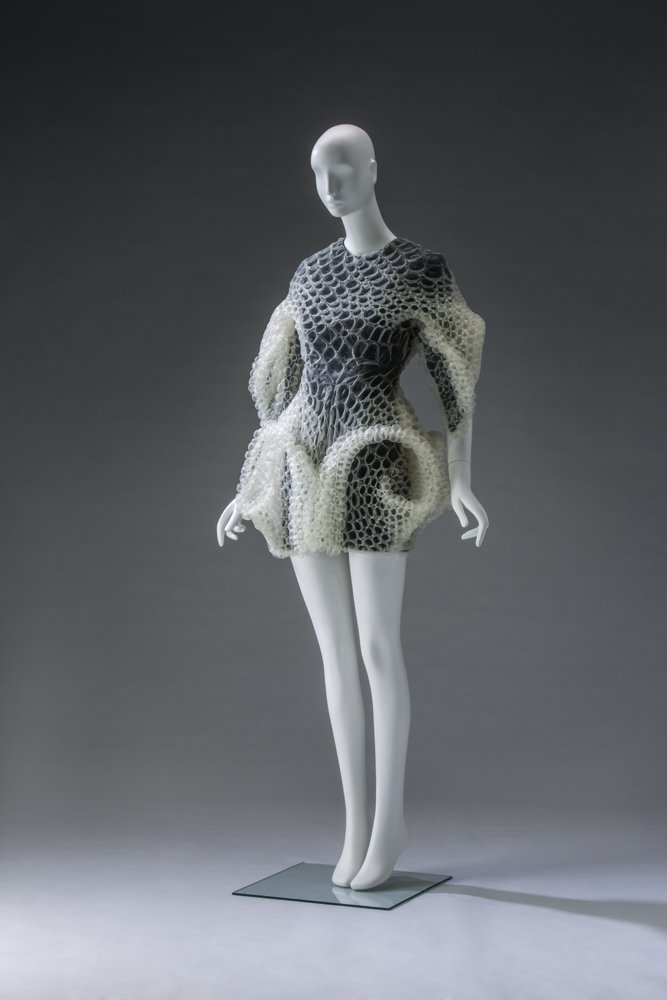 This exhibition was initiated by Akiko Fukai of the Kyoto Costume Institute, and was jointly curated by Rie Nii of the Kyoto Costume Institute, Yuki Morishima and Karin Grace Oen of the Asian Art Museum of San Francisco, Katherine Anne Paul of the Newark Museum, and Cynthia Amnéus of the Cincinnati Art Museum—all of whom contributed to the companion exhibition catalogue. Each respective institution will host an iteration of the exhibition.

“The wealth of information generated by so many contributors hint at the complex layering of art, design, technology and cultural richness embedded in these fashions,” – Katherine Paul.