Monday, March 13 2017 8pm – 10pm, the well-known Dutch violin player Esther Apituley will perform her program ‘Viola‘. She brings you a concert that goes beyond merely listening. It is a combination of Esther making music and talking about her own experiences in music, especially about the deeper meaning of her love for music and her instrument, the viola.

In this concert, Esther will challenge you to focus, to listen actively by provoking the power of your imagination. Music is abstract, but what images pop up when you listen to it? What is your interpretation and why? Where is the invisible layer in music? How important is that one particular note? Is the composer always right? These are all questions Esther Apituley will address in a light-hearted manner, resulting in an interesting discussion.

The repertoire of the concert will consist of, among others, sections from Esther’s recently released Bach CD, Stirring Stills: parts of the Bach violin Sonatas, and the Bach cello Suites. Furthermore, Esther Apituley will play sections from the solo sonata by Paul Hindemith and the Dutch composer Jacob ter Veldhuis. She will also do an improvisation, which could be a reflection on a painting on the wall or a sculpture in the Lounge of The Netherland Club or maybe even on somebody in the audience. 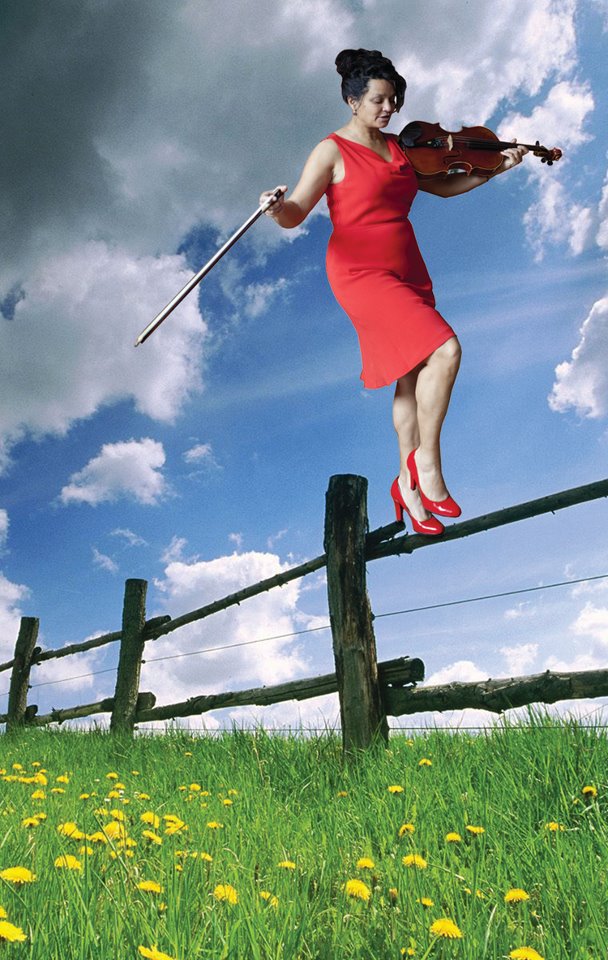 Dutch violist Esther Apituley is a native of Amsterdam. Apituley began to study the violin at 12, but soon changed to the viola, drawn to its lower, throatier sound. She studied at the Sweelinck Conservatory in her hometown, where she teaches and completed her course of study at the Hochschüle für Musik in Berlin. Since Apituley commenced her professional career in 1990, and she has long struggled against the notion of the viola as a middle-range instrument that belongs to filling out the harmony between violins and cellos.

In the mid-’90s, Apituley founded a group of four violists initially under the name “Alt-viool-tild-Kwartett” (Always Viola Time Quartet), but later changed it to the more internationally comprehensible Amsterdam Viola Quartet. The group has become an established force in Dutch music, and with it Apituley has expanded her accomplishments through composing her Kaduuk for four electric violas and tap dancer for the quartet and tap dancer Peter Kuit. Apituley has appeared on Dutch television as host of the program Reiziger im Muziek, and her Mikrokosmos Project, a multi-media event based around the music of Béla Bartók has been broadcast over Dutch public television. In the live context, Apituley has developed several successful touring programs, including her “Dance of the Viola,” and has taken them throughout Europe and Asia. In 2005, Apituley recorded her solo debut CD, Violent Viola, which epitomizes her quest for new avenues of expression for the “old violin.”