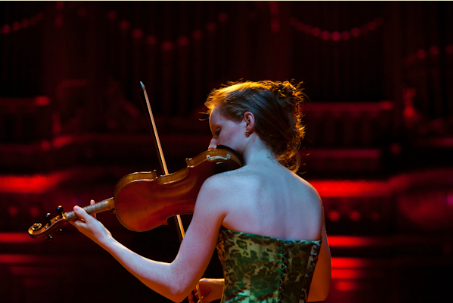 As part of the 'Younger Musical Talent From Holland' series, the Netherland Club of New York presents a Violin Concert by Tosca Opdam with pianist Kyoung Im Kim on Tuesday May 20.

On Tuesday May 20, 6.30-8pm The Netherland Club of New York presents a Violin Concert by Tosca Opdam with pianist Kyoung Im Kim, as part of the ‘Younger Muscial Talent From Holland’ series. The concert will take place in the comfort of The Lounge on the 4th floor. 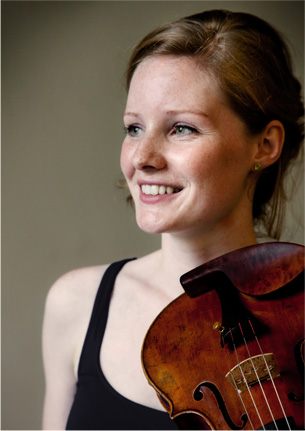 Violinist Tosca Opdam has captivated audiences and critics alike with her musicality and poise. Born in Amsterdam, Holland, Tosca Opdam won the first prize in the Oscar Back Violin Competition in the Concertgebouw in 2011, performing Vieuxtemps’ Fifth Concerto at the Concertgebouw.

Other performance credits include concerts at the Amsterdam Music Theatre and the Doelen Concert Hall in Rotterdam as well as broadcast performances on Dutch television and radio. Ms. Opdam made her solo orchestral debut at only 11 with the Camerata 2/3 String Orchestra. Since then she has performed with orchestras such as Holland Symfonia, and the orchestra of the Royal Conservatory in The Hague. As a chamber musician, Tosca Opdam has performed at the Grachtenfestival, the Delft Chamber music festival, and the Storioni Festival in Eindhoven. Recent New York projects include an innovative presentation of Messiaen’s ‘Quartet for the End of Time’ combining actors, musicians and visual texts.

Tosca Opdam currently resides in New York where she divides her time between school and concertizing. At the Manhattan School of Music, from which she received a Bachelor of Arts degree in 2012, she studied with Patinka Kopec. She is now continuing her studies at the Juilliard School with Sylvia Rosenberg and Catherine Cho. Before coming to New York, Tosca Opdam completed the Young Talent class of the Conservatory of Amsterdam under Joyce Tan and Peter Brunt. Tosca has performed in master classes with eminent musicians such as Theo Olof, Ilya Grubert,
Pamela Frank, Georgy Pauk, Candida Thompson, David Takeno, Frank Peter Zimmermann and Pinchas Zukerman.