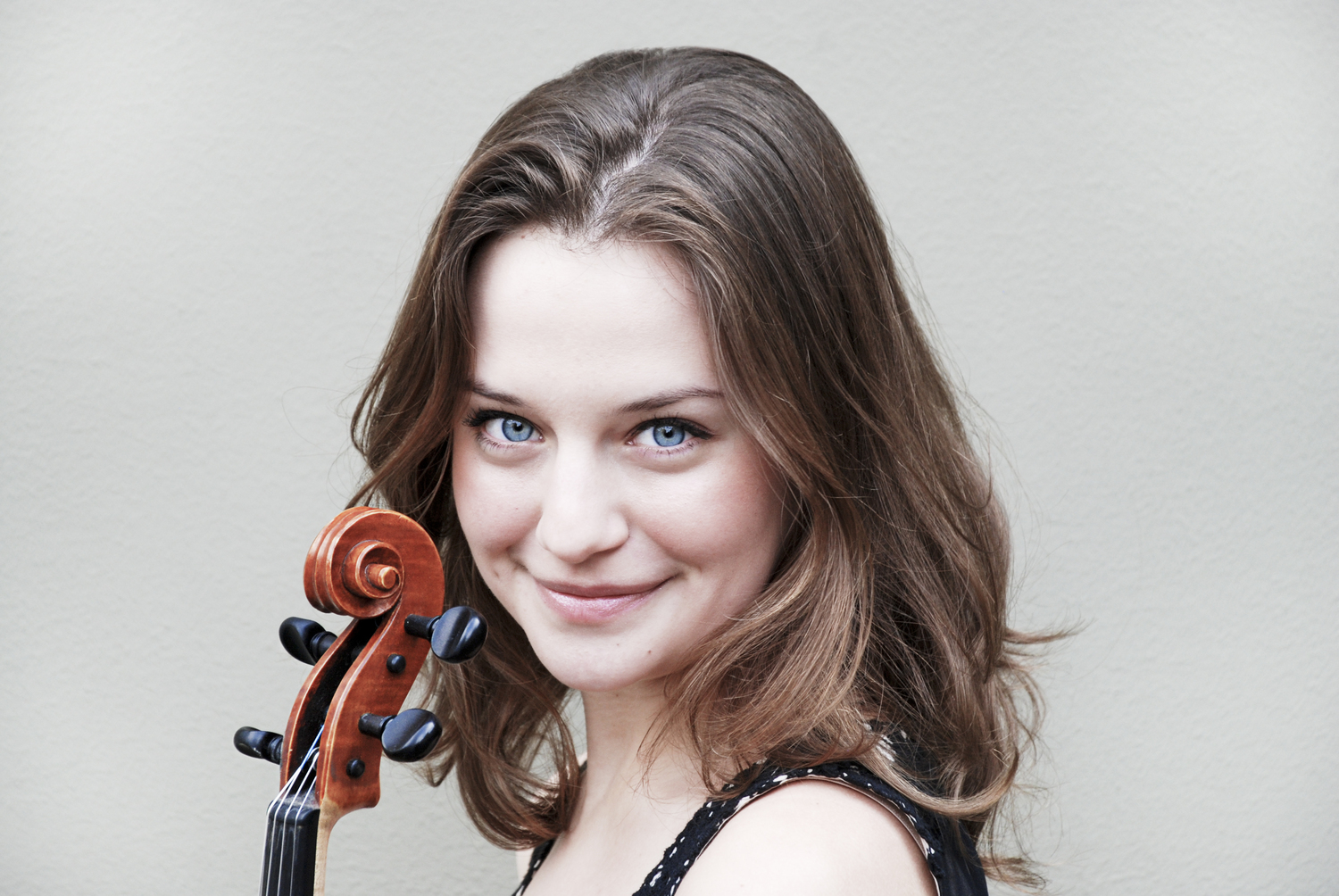 In April, Dutch violist Dana Zemtsov (1992) will make her US orchestral debut with the Lake Forest Symphony, with Fabio Mechetti as guest conductor. Part of the Lake Forest Symphony’s Beethoven cycle, on the program is Beethoven’s First Symphony. Ms. Zemtsov will make her debut with a popular work from the Romantic era: Harold in Italy by Berlioz, a symphony in four movements with viola solo. The work reflects the experiences Berlioz had during his time in Italy, where he stayed in 1831-1832 after he won the Prix de Rome. Compared to his famous Symphonie Fantastique, the atmosphere of Harold in Italy is much more relaxed. The work was commissioned by Niccolo Paganini, the famous violin virtuoso. He found the amount of notes in the viola part too small and eventually did not perform the work, although he admired the music.

"...the 22-year-old Zemtsov plays with extraordinarily mature musicality. Most importantly, though, her performance of Hindemith’s Viola Sonata – one of the most important pieces in the instrument’s solo repertoire – is as insightful and subtly nuanced as any of the best available examples in the catalogue (it is not without its flashes of bravery, either – most notably in one or two of her tempo choices)." Gramophone on Ms. Zemtsov's album 'Enigma' 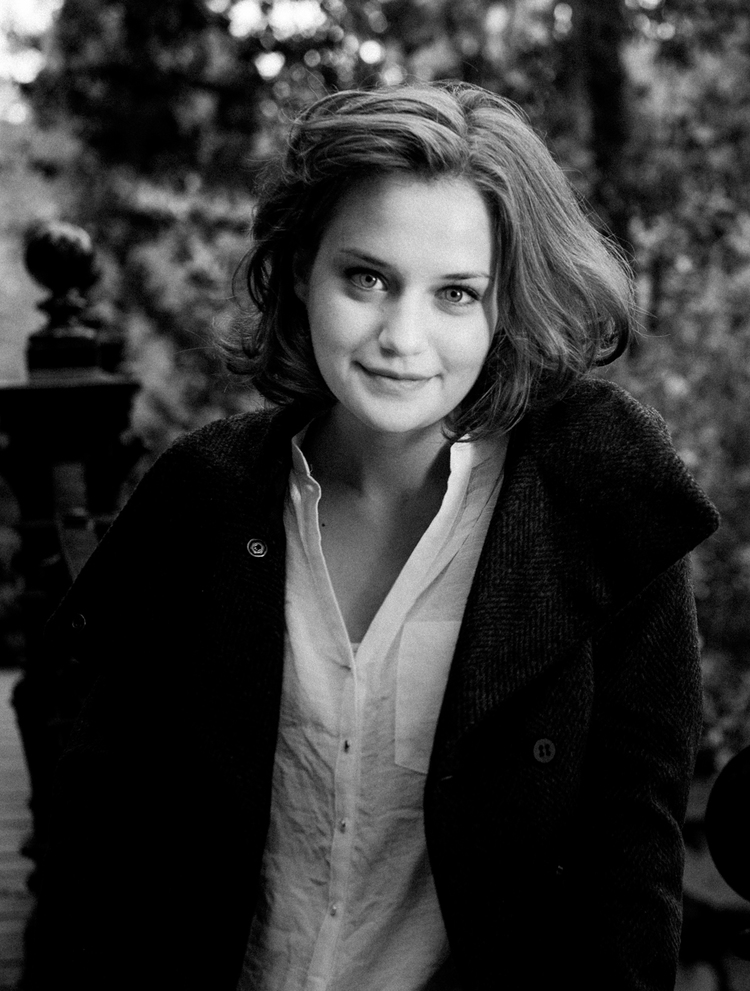 Winner of numerous competitions and developing an outstanding career, Dana Zemtsov is one of the most promising international viola soloists of her generation. Highlights in the past seasons include Dana´s performance of the Bartok Viola Concerto in the Main Hall of the Concertgebouw (Amsterdam), playing chamber music with Janine Jansen and Martin Frost during the Utrecht Chamber Music Festival, and a recital in Carnegie Hall (New York).

In 2012 she signed an exclusive record deal with Channel Classics Records for three recordings, of which two “Enigma”  and “Romantic Metamorphoses” have been received with great success .

Dana was born in 1992 in Mexico City. At the age of 5 she received her first music lessons from her grandmother and from her parents, both viola players (Mikhail Zemtsov and Julia Dinerstein). She has followed master classes with renowned professors such as Bruno Giuranna, Atar Arad and Sven Arne Tepl, and is currently studying with the famous viola virtuoso Michael Kugel.

About the Lake Forest Symphony

The Lake Forest Symphony (LFS), founded in 1957 is a fully professional regional symphony based out of Lake Forest, IL. The Symphony, a 501c3 non-profit, performs throughout the Lake County area including at the Gorton Community Center and the James Lumber Center.

Robert Kalter and William English founded the Lake Forest Symphony in 1957 as a chamber orchestra of volunteer musicians. By 1965 the group had over 60 players, and in 1988 became fully professional. Under the visionary leadership of conductor Victor Aitay, then Concertmaster of the Chicago Symphony Orchestra, the Symphony continued to grow in its artistic ability and stature.

In 1991 the Symphony was chosen from twelve orchestras in the Midwest to be a featured guest orchestra at the American Symphony Orchestra League’s National Conference in Chicago. In October of the same year, pianist Andre Watts performed two benefit concerts with the Symphony to celebrate its 35th anniversary.

After 60 years, the Symphony continues to grow and expand its reach in the community. In 2014, the Symphony welcomed it’s 7th Music Director, Vladimir Kulenovic. Maestro Kulenovic has been hailed by critic John von Rhein as a “conductor with an uncommon passion”. The competitive selection process of a new Music Director was covered in a radio documentary by 98.7 WFMT called “The Search”. In 2015 he was the winner of the Sir Georg Solti Conducting Award and distinguished as the 2015 “Chicagoan of the Year in Classical Music”

The Symphony performs five Masterworks Series orchestra concerts and four Salon Series chamber music concerts at its homes of the Gorton Community Center and the College of Lake County’s James Lumber Center. Additional venues have held the Symphony, including the Lake Forest Academy’s Cressey Center for the Arts and the Genesee Theatre.

The Symphony also provides a variety of community outreach and engagement programs including pre-concert lectures with musicologist Jim Kendros, performances in schools, and Musical Memories. The Lake Forest Symphony also celebrates the music of new and living composers, including its Composer-in-Residence, James Stephenson. An internationally renowned composer and resident of Lake Forest, Mr. Stephenson’s music has been recorded by the Symphony on the 2017 album with Cedille Records, Liquid Melancholy. The album was nominated for a GRAMMY award in 2018.